We took a trip to Athens in October that was something of a wet comedy of errors, with plans getting changed and restaurants that we planned to visit being closed. We went back to the Classic City in December and things went a little more smoothly. Whew!

Our first stop on this trip was to the newest barbecue restaurant to open in town. It’s called Saucehouse, and the owners have been doing catering jobs under that name for more than two years. They moved into a site near downtown on Broad Street that had previously been occupied by a meat-and-three called Peaches. Construction here took a surprisingly long time, almost eighteen months, because the old building was in such disrepair that it had to be demolished and rebuilt from the ground up. Before Peaches was here, another barbecue place with the similar name of Springhouse had once been at this site. Springhouse expanded to at least one other location in the late 1990s and had a terrific reputation in its day. Hopefully, Saucehouse will one day be as well known. 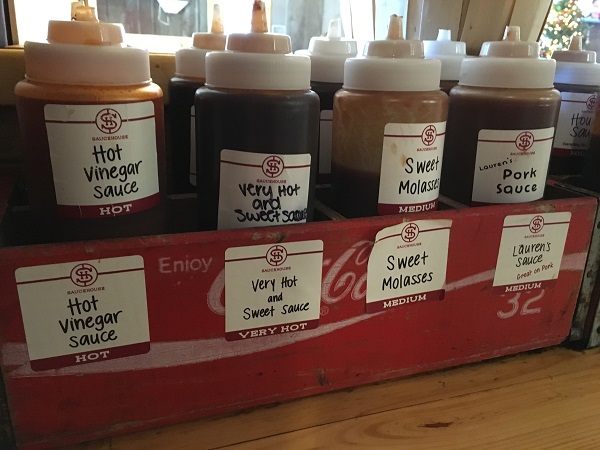 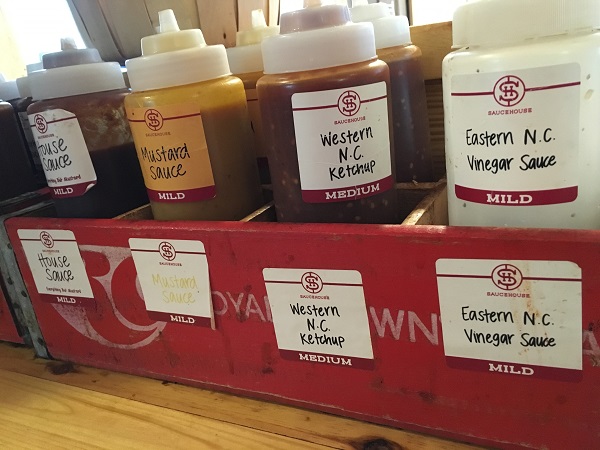 Right now, Saucehouse is standing apart from other places around Athens with its huge collection of sauces, at least nine that we spotted. Many of the regional varieties from around the southeast are represented here. My daughter and Marie both enjoyed the Sweet Molasses most of the ones that we tried. I thought that the Lauren’s Pork Sauce went best with my own pulled pork. It’s a mildly spicy, thick tomato-and-vinegar mix, and I really liked it a lot. The meat was pretty good. We sampled both the pork and the chicken, which went really well with their Alabama-style white sauce, and thought it was about average, and did not have a strong smoky flavor on its own, so some sauce is certainly necessary here.

We arrived a few minutes before they opened, and the staff was having a morning meeting before tackling the day. The service is cafeteria-style, with a long straight line across several serving stations. Like any restaurant with this kind of setup, it means the flow with larger parties like ours gets a hiccup or three as everybody makes their choices and the first through sits twiddling their thumbs at the cash register waiting for everybody to figure out their prices. Maybe I should have sent everybody ahead of me, huh? 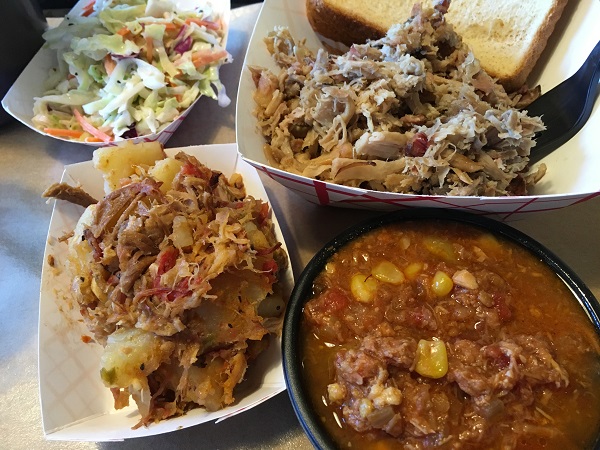 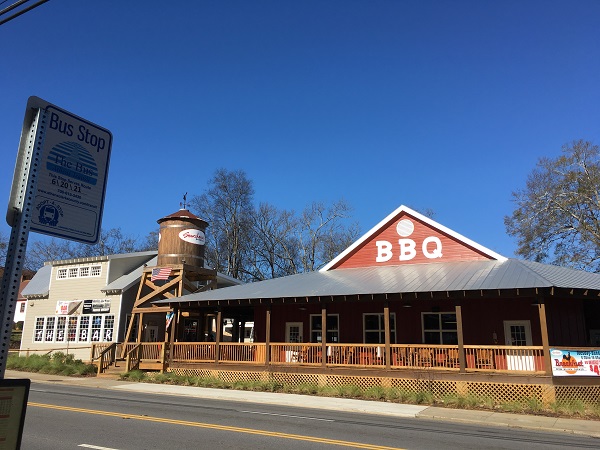 The sides include some neat specials. When we visited, they had a brisket and potato hash, which was quite unusual. The owner, Christopher Belk, enjoys rotating this and other surprising specials. Between my daughter’s pork-on-a-baked-potato and my son’s chicken slider, there was enough to satisfy everybody in our group. Not a bad meal, though there are many barbecue places in Athens that we enjoy more. We’ll probably give Saucehouse another visit sometime down the line to see how this place evolves.