Last summer, Keith, one of our readers who’s a regular at roadfood.com, let that forum know about something really neat in Savannah. Across the street from one of the Savannah College of Art and Design’s administrative buildings, somebody moved a 1930s-era Streamliner diner for the students to restore, and then, years later, a barbecue restaurant moved in. We had hoped to stop in that city and visit on our way back from Florida in September, but had to change plans. Happily, we were able to make it by on our way down to Saint Simons Island for Christmas.

According to Debra Jane Seltzer’s awesome Roadside Architecture, the diner has been in Savannah for about twenty-five years. It was built in 1938 and spent most of its life in New Hampshire, first in Hanover, before moving to Newport in 1957. It is absolutely gorgeous. For many years, the college operated the building as one of its student dining halls, albeit one open to the public as well, but last year they sold it to the owners of Sandfly Bar-B-Q, which opened its first location in 2007 on the southeast side of the city, less than a mile from the Wormsloe State Historic Site. The diner became their second location last year, and it’s gorgeous. Even if you don’t like barbecue, you’ll want to visit this beautifully-preserved bit of history. 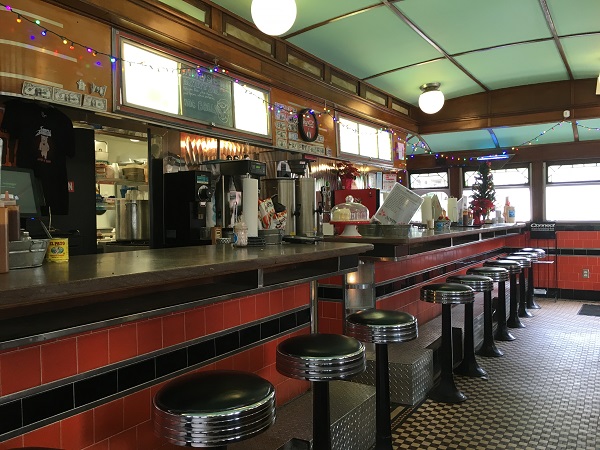 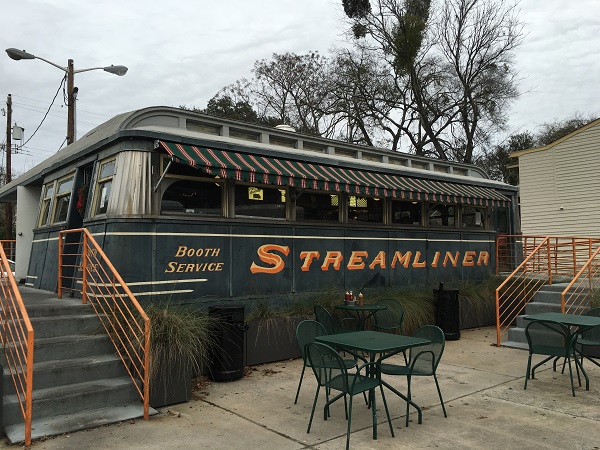 Keith Latture’s Memphis-style barbecue has a whole army of fans, but I honestly was not really thrilled by the pulled pork. I thought it was bland and forgettable, but that’s okay because the sausage is downright amazing. I would love to return and try their ribs and more of the sausage. 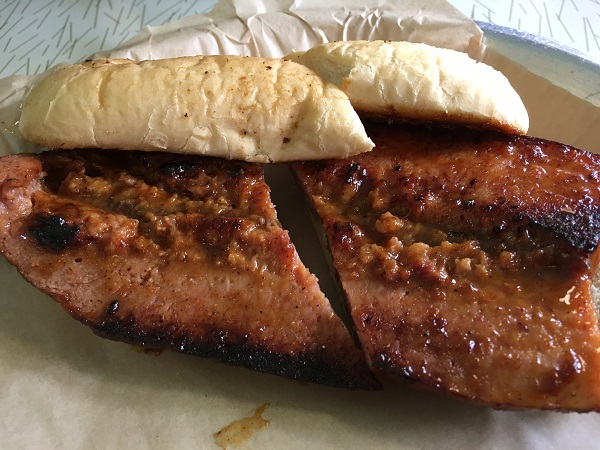 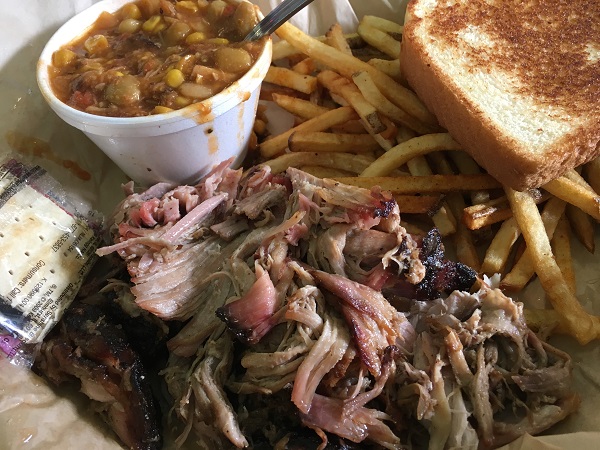 The stew was also really fantastic, which is rather surprising to experience at a place that boasts of its Memphis style. Brunswick stew isn’t common at all in Memphis, but if a restaurant wants to sell barbecue in Georgia, especially in south Georgia, then they need to make it. This is awesome, and so full of rich flavor that I did not mind the lima beans, about which I’m normally a little ambivalent.

We really enjoyed this stop a lot. The girlchild liked snapping photos and the service was very good, and even if the pulled pork didn’t thrill me, the rest of the meal did. We have not visited very many barbecue restaurants in the Savannah area, but this is among the best. We need to plan for a much longer visit to this city so we can experience a few more places, rather than just eating and running along to points south. Perhaps next time…