The last stop on our day trip to Knoxville was one that we made by the skin of our teeth. We had an unplanned delay that sent us scurrying back to Powell to pick up our daughter’s charger cord – I swear, this kid would leave her head behind if it were not screwed on – and arrived at D & B Hot Dogs just a few minutes before they were set to close. This is a really neat little place in a small strip mall near the community of Solway, almost in Oak Ridge. It opened in 2014, and the owners, Daniel Price and Bruce Flomberg, are old friends who also own a lawn care business called Four Clover. This unusual little side venture came about as the two lamented the lack of a place around the Knoxville area to get a really good hot dog.

If you’ve been with us since the beginning of this series from Knoxville, you may recall that the original plan had been to finish the day with a stop at an ice cream parlor in Loudon, but it was closed for the season. The children weren’t about to let that get in their way. Here, the grown-ups enjoyed hot dogs and the kids had ice cream, which comes from Dean’s. 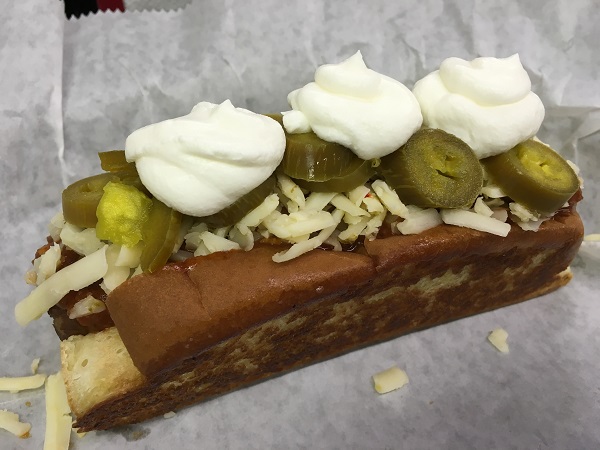 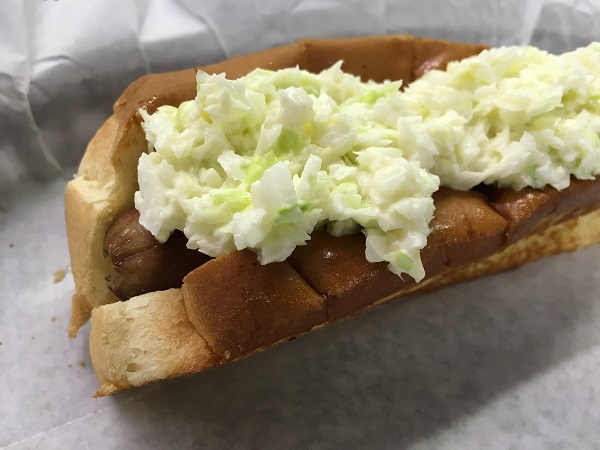 An all-beef dog is always good, but one extra little step made these even more memorable. Rather than using some basic bun, these come in a terrific little folded toast. Marie just enjoyed a simple slaw dog, and I picked their Hawt Hog, which comes with chili, pepper jack cheese, peppers, and three little dabs of sour cream. Nobody can eat this without making a little mess – I had sour cream on my nose from the get-go – but both of them were really delicious. This was just a fine last meal for the day.

I couldn’t leave without asking about one of the other concoctions on their menu. We’ve visited several places over the last few years that offer pulled pork on a hot dog, but I was curious why the version here is called the “I’m Only One Man Dog.” Apparently, they’ve employed a fellow for several years at their lawn care company who has a habit of bellyaching that they leave him with too many responsibilities, and the name is a gentle dig at him! 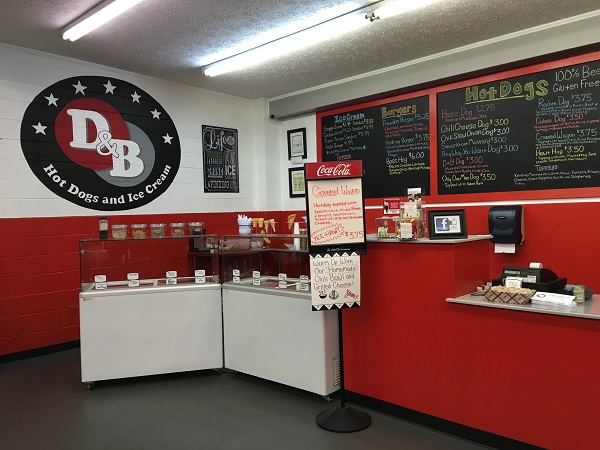 A few weeks ago, I looked back at one of our old posts about a business that has since shut its doors. On that occasion, Marie and I got to a restaurant about twenty minutes before they closed, and the two kids running the place were very visibly annoyed that we’d arrived so late. By contrast, Daniel and Bruce were incredibly welcoming and, while we rushed as best we could to get out of their way, they were pleasant and happy to see us and treated us like honored guests. It’s a fine operation they have going here, and while they’re certainly a little off the beaten path, we should probably revisit Oak Ridge at some point. Our boy is too small to remember the time that we brought him here to visit the really great Children’s Museum of Oak Ridge; so it’s worth another stop one day and we might like another hot dog or two.