Because I’m something of a dimwit at the best of times, it never actually registered and sank in that Atlanta is home to two locations of the old S & S Cafeterias chain. In my meager defense, I’m rarely on Chamblee-Tucker Road and never on Campbellton, where the second Atlanta store is located, but that’s no excuse. S & S is an old Georgia chain and deserves a little notice. Unfortunately, the notice that finally got me to register that there’s an S & S on Chamblee-Tucker was the notice that it won’t be with us for much longer.

According to the local retail news blog Tomorrow’s News Today, the Kroger that anchors the Embry Hills Shopping Center is planning a mammoth expansion later this year or next. Doubling its present size from 56,000 square feet to 113,531, it will mean swallowing most of the center’s occupants. S & S has been quietly doing business around the back of the strip mall since 1973. It’s 9000-odd square footage will be absorbed into the new Kroger’s footprint. 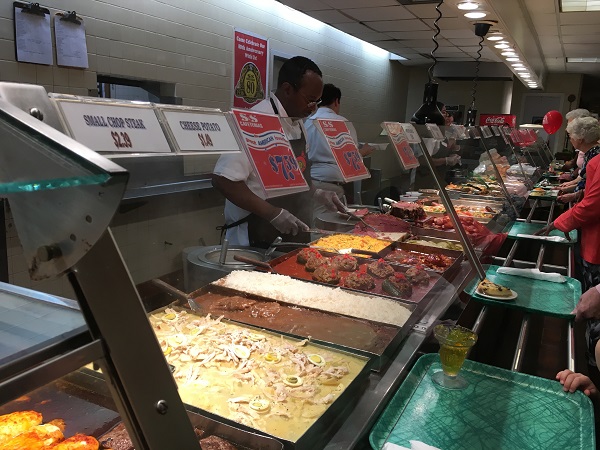 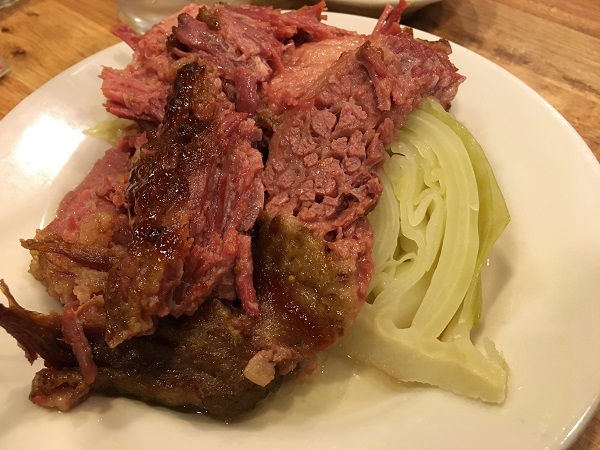 This is a huge shame. Marie and the kids and I went over to pay the S & S a visit one Saturday earlier this month and had a really good and very reasonably priced meal. Cafeterias aren’t trendy or cool, of course, and we might have been the only guests there that evening who aren’t being targeted for direct mail advertising from Centrum Silver and the AARP, but this was honestly good food, prepared and served with smiles. S & S doesn’t get the younger enthusiast crowd that the nearby Matthews Cafeteria, with all its TV appearances, gets; that place serves very similar food, but when I visited several years back, I left rather displeased with the grouchy service and in no hurry to return. Yet I wouldn’t object at all if we revisited the S & S, because good food is made so much more pleasing with the good service we enjoyed here.

Marie had the corned beef and cabbage and said that it was pretty good. I had a stuffed pepper along with a salad, new potatoes, and deviled eggs (a steal at 39 cents each). The stuffed pepper was outstanding. I genuinely enjoyed everything about this simple meal. It’s good food, made right, served with a smile. 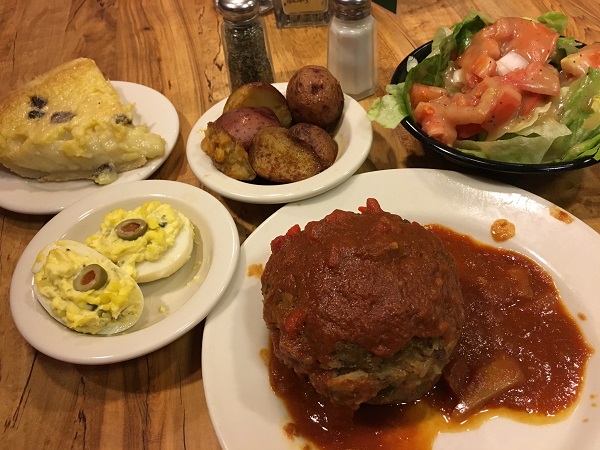 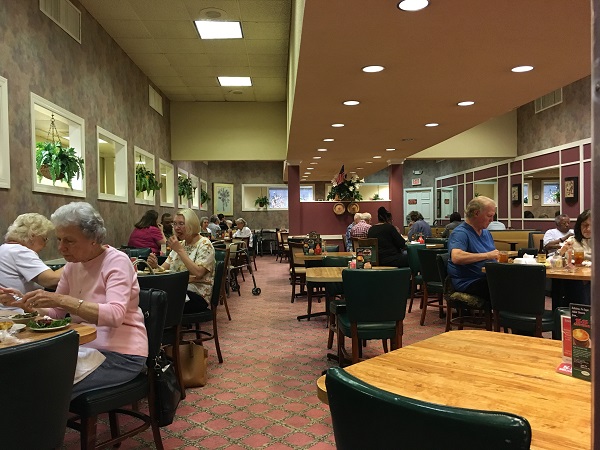 At the table next to us was an older man, eating by himself and who knew quite a few of his fellow diners. He exchanged hellos with about every fourth guest who had finished their trip through the line and was looking for a table. It seems like a place where you might visit alone, but you need not be lonely. The S & S is popular with church groups – I was told that the line moves very, very slowly on Sundays – and some civic organizations who will sadly be uprooted when the Kroger rebuilding comes.

Even the kids were very pleased. My daughter loves fried okra even more than she loves great big and silly desserts. When our server stopped by to ask whether we needed anything, the girlchild said “Ummm, hang on,” and hissed a whisper to me: “Dad! Can I get more okra?” I passed my receipt along with a smile. Good to see a kid eat her vegetables, even if they are fried. Incidentally, the checkout system is curious, but effective. Here, you get a receipt at the end of the line, but you don’t actually pay until you leave. That way, if you do need more fried okra, dishes can be added to your bill before you go. 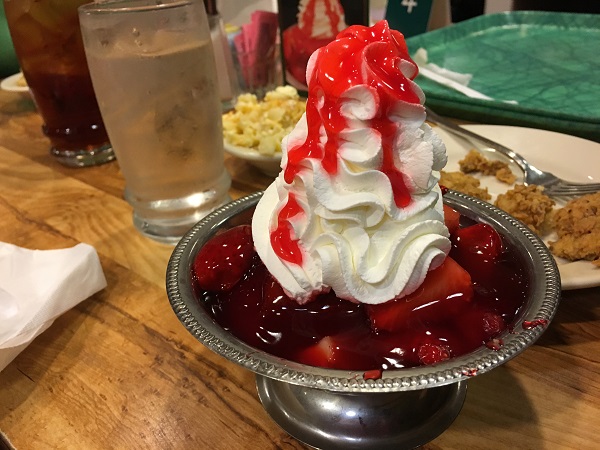 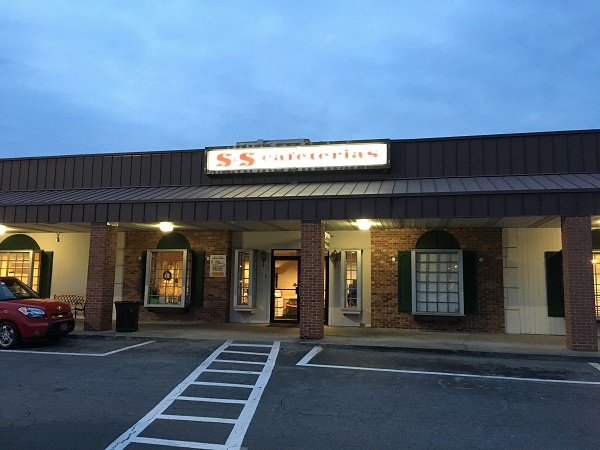 I finished up with a slice of Jefferson Davis Pie, the evening’s 99 cent dessert special. This pie, rarely seen anymore, is slowly fading into history (and be sure to return Friday for more on that subject), and it was made with a meringue, unlike this recipe at Spicy Southern Kitchen, but it was quite yummy.

The very first S & S Cafeteria opened in Columbus GA in 1936, although the locations – there may have been as many as three – in that city closed in the 1970s. At the time of writing, there are two in Macon and one in Augusta along with the Campbellton Road store, and three outside Georgia, in Greenville SC, Charleston SC, and Knoxville TN. (There had been as many as ten S & S Cafeterias throughout Florida as well, but the last of them closed in 2005.) If you’re not able to visit the Tucker store – okay, it technically has an Atlanta address, but I could lob a football and hit the Tucker city limit sign from the parking lot – before it closes, we hope you’ll stop by one of these other locations and give this old place a try.