In February, I took another two-day barbecue tour, and on this one, I spent a little more money than I sometimes do, because I brought my daughter along with me. She’s seventeen, a high school sophomore thinking about her college options. Or, more specifically, her old man’s thinking about her college options while she’s complaining about boys on Snapchat. Anyway, I dragged her along to North Carolina and visited seven new-to-me places and revisited a couple that I wanted to try again. First up was Bill Spoon’s, which Marie and I visited on our honeymoon road trip seven years previously.

Bill Spoon’s is one of the heavyweights in town, and a very unique anomaly that cooks the whole hog as they do east of I-95. Charlotte is in a very odd place in the state, with no dominant barbecue style to call its own, but several examples of other region’s traditions. If you want whole hog cooking and mustard slaw, as you might find at the legendary Parker’s in Wilson NC, then Bill Spoon’s is your best option. I found this stop to have very, very similar flavor and taste to Parker’s. 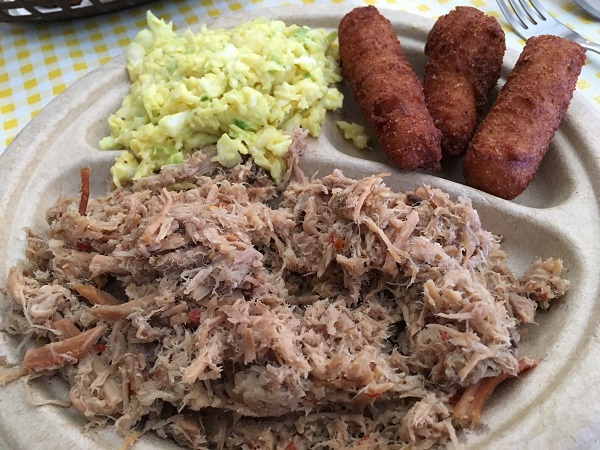 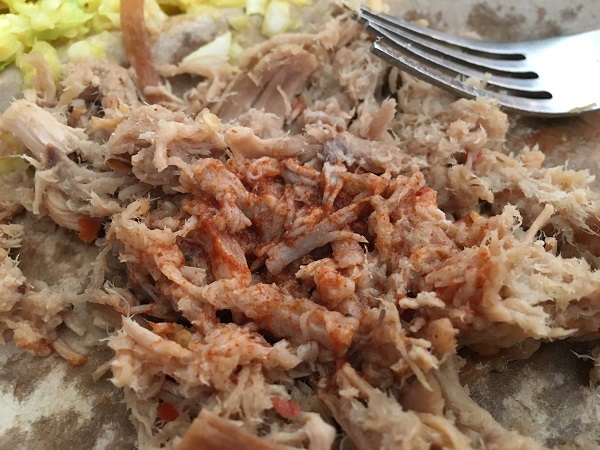 We left the suburbs of Atlanta at 6.40, and I stopped between Greenville and Spartanburg to fill the gas tank ($1.36 versus $1.61 at home) while my daughter slept like a champion. I’ve honestly never known anybody who can sleep like she can in a car, especially one as small as mine. I stirred her as we approached exit 33 in North Carolina to help me with the directions and she grumbled that she didn’t want to wake up yet. We arrived at Bill Spoon’s at 10.50 and had the place to ourselves for about two minutes.

Mr. Spoon passed away in the summer of 2007. His son Steve owns the place now, and the emphasis is on Southern hospitality, with yellow checkerboard tablecloths as part of the decidedly old-fashioned feel. I wonder what this stretch of Charlotte was like in 1963. Today it’s all traffic lights and rent-to-own furniture places and strip malls. Inside, though, it’s a restaurant that’s only recently began compromising to offer other things besides chopped pork. Ribs were only added in the last twelve months; here, barbecue means chopped pork.

I genuinely like the food here a lot, although I honestly found myself not enjoying it quite as much as I liked Midwood Smokehouse, which we visited last year. The meat has a terrific flavor and I loved how it mixed with the pepper from the sauce. My daughter enjoyed her meal a lot, too, although she still steadfastly refuses to sample any slaw other than a white mayo-based one. If you’re reading along with this story, remember this fact as we go. She also doesn’t care for hush puppies and wouldn’t try those, either. Since I love mustard slaw, I had hers as well, meaning the day started with the largest meal, and a much bigger one than I usually have on one of these indulgent barbecue trips. 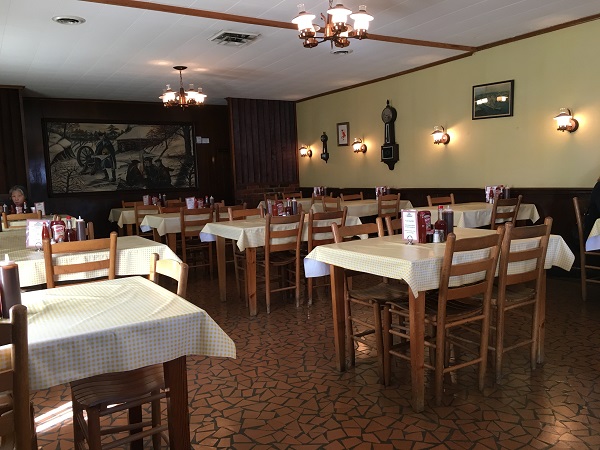 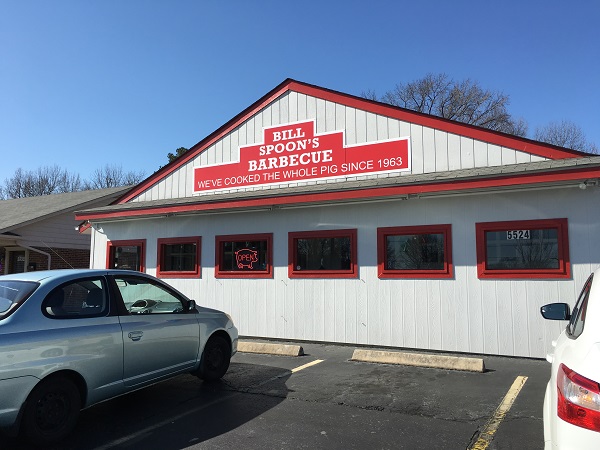 She asked to visit a record store and a clothing store on this trip, and so I picked out a couple to try before we left Charlotte. We stopped by a pretty good shop with very good employees called Manifest Discs, and then a boutique called Vestique. She used a little of her spending money at each and left reasonably happy. She really liked what she saw of Charlotte – this was her second time seeing any of the city – and asked why we don’t move here instead of looking at Chattanooga or Asheville. Good question, honestly. We may have to think about that a little more.