People frequently ask us where we hear about the restaurants that we visit, and the honest answer is “lots of places,” but we have a great resource when it comes to this state. The North Carolina Barbecue Society features a famous Trail Map with, at present, 23 restaurants on it. At the conclusion of this trip, we’ve now visited 20 of them. I scheduled six new-to-us stops on this drive from their trail, but, and this is no exaggeration, my daughter and I also drove past at least nine other barbecue joints that we could easily have tried. Plus, Our State magazine has a BBQ NC app that will help anybody in the Old North State find something good to eat.

M & K was the first new stop on our trip, and it’s on the far north side of the Charlotte metro area, about forty miles away from downtown. Granite Quarry is a town of about 3000 on the outskirts of Salisbury, and that’s where M & K, named for its owners Myran and Kathy Thomas, set up in 1990. Myran’s father worked for a pair of well-known barbecue places in the region and learned how to make good barbecue: Troutman’s in Concord, and Wink’s in Salisbury, which I visited two years ago. 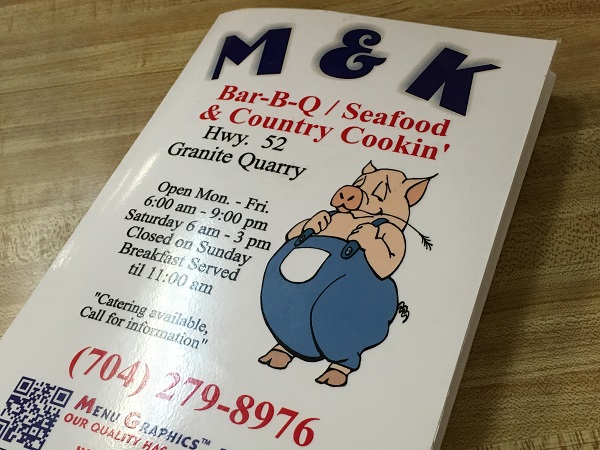 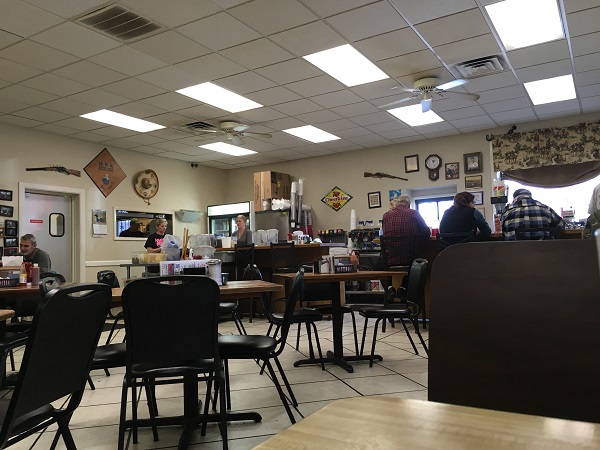 It’s been a while since we reported from central North Carolina, which is called the Piedmont. Here, barbecue typically means pork shoulder, served with a light sauce that is vinegar with a little bit of tomato, or ketchup. It is frequently offered as a tray, where they put a scoop of pork on one side and a scoop of an interesting slaw on the other. I decided to have trays at each of these stops to more honestly compare the flavors of the meat and the slaw against each other.

One big change from slaw anywhere else in the country: here, those places that do make it with mayonnaise call it “white slaw.” What you usually are served is “red slaw,” made with the restaurant’s barbecue sauce. Red slaw is so good; I’ve never had an order that I didn’t like. 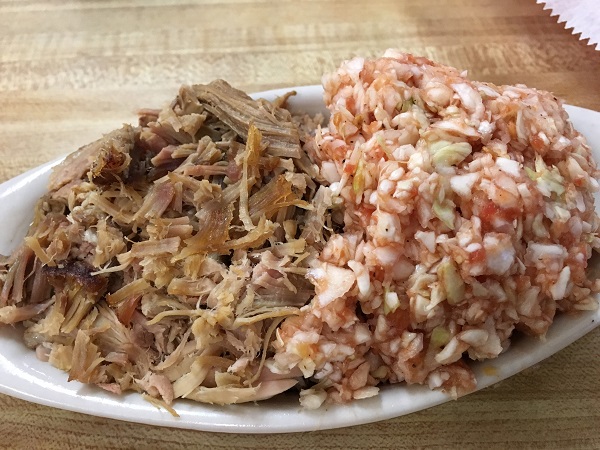 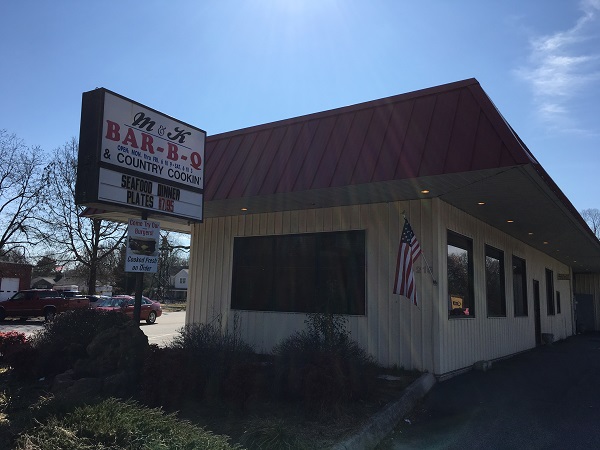 At M & K, the meat is served dry, with the sauce on the side. This isn’t the standard way that Piedmont barbecue places serve their barbecue; it is most often served already wet. I thought this was really good, and I was quite surprised to find that I enjoyed the flavor more than I did the whole hog pork at Bill Spoon’s. It was very smoky and, while it was certainly dry, it didn’t actually need much sauce at all. It was really flavorful and I wouldn’t mind coming back for more.

For members of your party who don’t like barbecue, M & K, like many similar restaurants in the Piedmont, offers a deep menu ranging from burgers to seafood to “country cooking” meat-and-three meals, and they do a roaring trade in breakfast during the week. There are specials listed all over the walls for things like hamburger steak and chicken livers, but honestly, who has time for all that when the barbecue is so good?