So my daughter and I were visiting North Carolina together, and the third stop on our barbecue tour was at one of the ninety-something places in the city of Lexington that specialize in smoked pork. That is only a mild exaggeration. The city of 20,000 people is the home of about twenty different barbecue joints – about one for every thousand residents. This was only my second stop in the city, and I’m aware of a simple walking tour that takes in five of them. Just have cash handy if you try it; many of these places do not take plastic. Smiley’s also stands apart from most in town because it’s open on Sunday; very few of the others are.

We arrived about three in the afternoon, well after the lunch rush, and had the place almost to ourselves. My daughter had almost had her fill of barbecue, sides, and desserts at the first two stops, so she just asked for some steak fries, called potato wedges, here. I had a tray of pork and red slaw, and, again, the upward trajectory of this trip continued. This pork was completely wonderful. 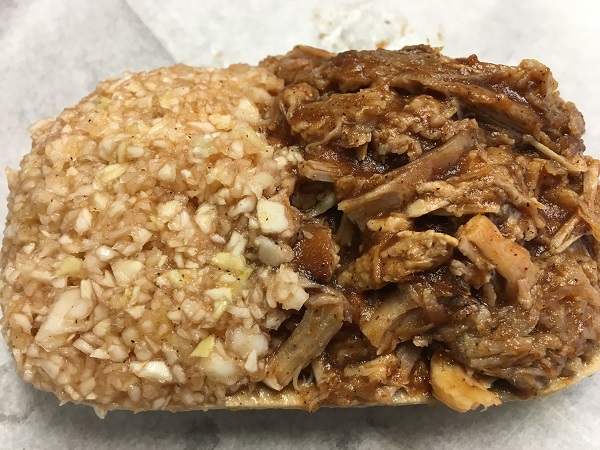 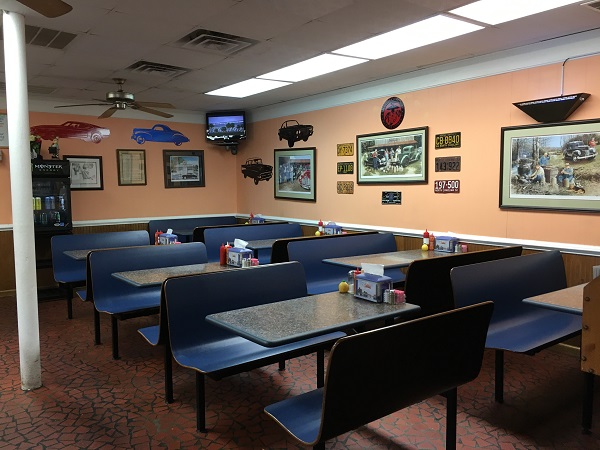 Smiley’s is a much newer establishment than most on the NCBS Historic Barbecue Trail, as it incorporated under this name in 2002, but its pits are much, much older. Various barbecue businesses have set up in this location since the early 1950s. If you’re looking at older sources, you’ll see that the business has been called Dan’s, Jay’s, and Southern BBQ, depending on who owned it at the time. Each new owner has taken the advice and recipes from his predecessors, and so the very smoky meat they serve today is said to have the same flavor as it always did, served after smoking over hickory for twelve hours and given a little bath of the vinegar-ketchup dip, which adds a little sweetness to the mix. 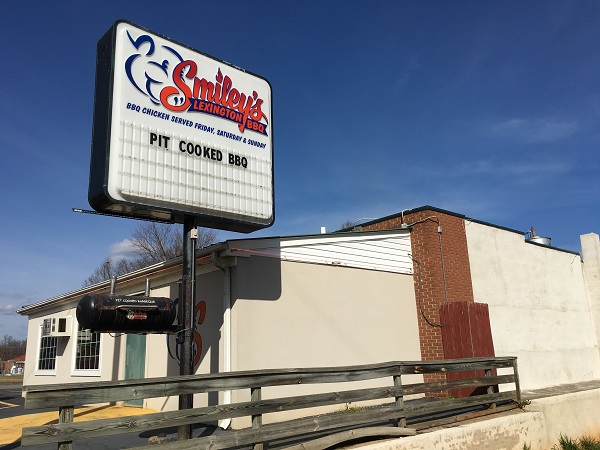 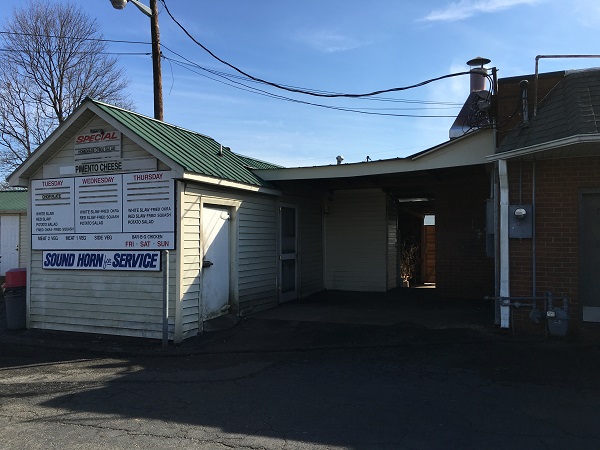 This was our third meal of the day and my favorite so far, although each stop had seen us enjoy some great service and good food. One of these days, I’d like to just park in a hotel room in Lexington and eat at one place, come back and spend an hour on the treadmill, then go out for another tray, return for another hour of walking, and keep on until I’ve exhausted the restaurants available. I’ll definitely look forward to another stop at Smiley’s, and, as you’ll see as this story continues next week, we stopped by another famous Lexington restaurant on our way home, giving me a little bit more of a taste of what this town is like.