Just as I will never get used to how wide Tennessee and North Carolina are, I will also never get used to how quickly you can get from the south part of each state to its northern border. We left Lexington and it seemed like we were in Madison, twenty miles from the Virginia line, in the time it took for the awesome flavor of Smiley’s to pass on. Was it worth traveling so far north? Absolutely. As much as I enjoyed Smiley’s, I liked Fuzzy’s even better.

My daughter passed on eating anything here, and so I settled in to my now-standard order of a tray with hush puppies. These were the only disappointment of the meal, but at least I loved how unusual they looked: long, weird devil’s fingers of puppies. I just didn’t like the flavor; they were very bland. But the pork and slaw were out of this world, and in fact this was the best slaw of the entire trip. It was completely delicious, vinegary, pickly, and just a little bit sweet, not overwhelmingly so. 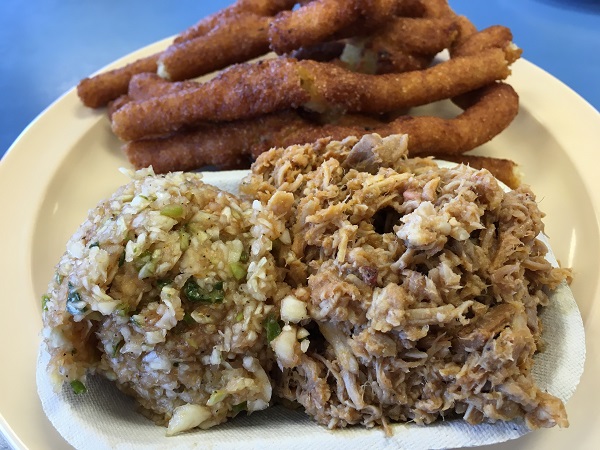 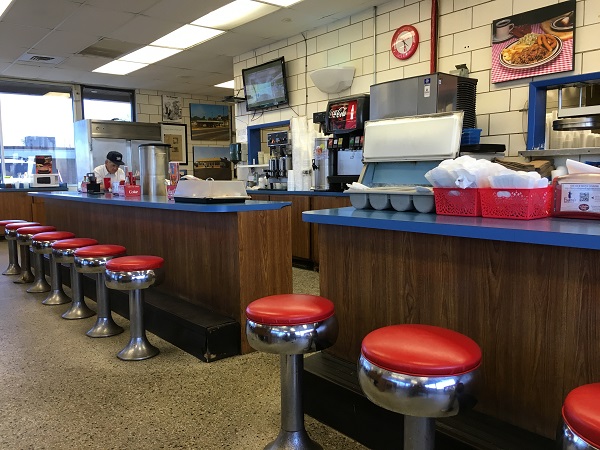 The pork was just so good. I could eat this every day. It was a perfect balance of flavors; the sauce didn’t overwhelm the taste of the meat or the smoke, but complemented it perfectly. More sauce, or dip, is available, but completely unnecessary.

The other “disappointment” – and I’m being completely selfish and ridiculous about this – about Fuzzy’s came simply because I’m a geek for architecture and I visited forty years too late! T.H. “Fuzzy” Nelson opened this business in 1954, and some large photos on the wall show that the restaurant used to be in a much, much more interesting building. Our server believed that the changeover came around 1978. They knocked down the original building and apparently erected the new one on the same site. I’m very glad that they preserved some photos of how it used to look. 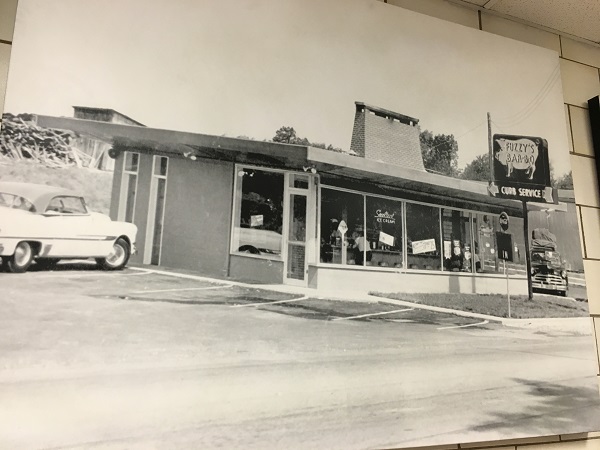 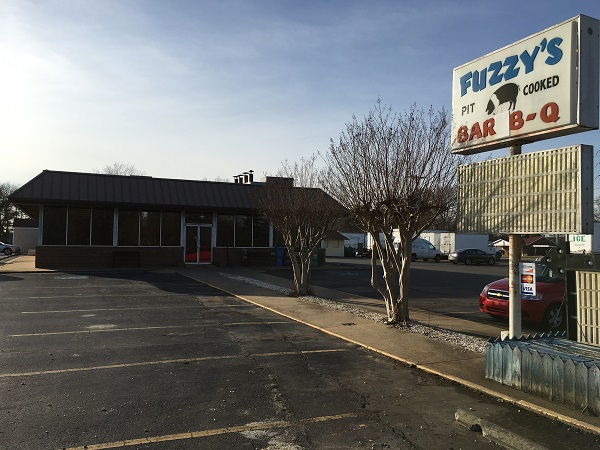 Fuzzy passed away some time back and his son Fred now runs the business, continuing to cook over wood in an outdoor pit and employing an awesome staff. He’s doing an excellent job; the meal that I had here ranks among my favorite in the entire state. And there was better to come.

Other blog posts about Fuzzy’s: