One day in March, I decided to treat myself to a very long lunch. I was quite restless, tired of looking at the same walls, and wanted to take advantage of the cheap gasoline for a long drive. I woke very early and put in five hours on the clock, and, at 9 am, took my lunch break. I put a box of books and DVDs in the car and sold them to McKay, 90 miles up the road, and got a couple of really nice and inexpensive treasures and still came out way ahead. Then I drove up TN-153 to the town of Hixson, because Mary from Chattavore had written about a really promising Mexican restaurant and grocery store. It’s called Las Morelianas and it was worth the drive from McKay.

While I was there, the restaurant was very quiet. Only three other customers stopped by, and they were getting carry-out orders. The service is prompt, but the kitchen is pretty slow. I finished almost all of my chips and salsa before my order came up. I ordered a choripollo and two carnitas tacos. 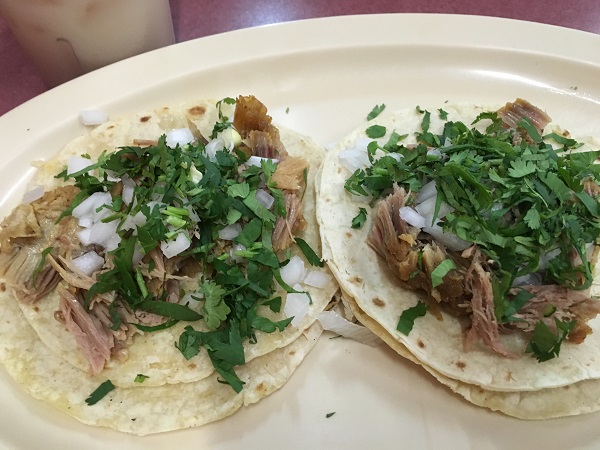 Choripollo is an interesting dish. The chicken seems to be pounded nearly flat, similar to schnitzel, and then crumbled chorizo and cheese sauce are added. I really liked this a lot. The pork in the tacos was wonderful. I love how the kitchen seasons these. They were just a little dry, but some squeezed limes and some hot sauce helped out with that. 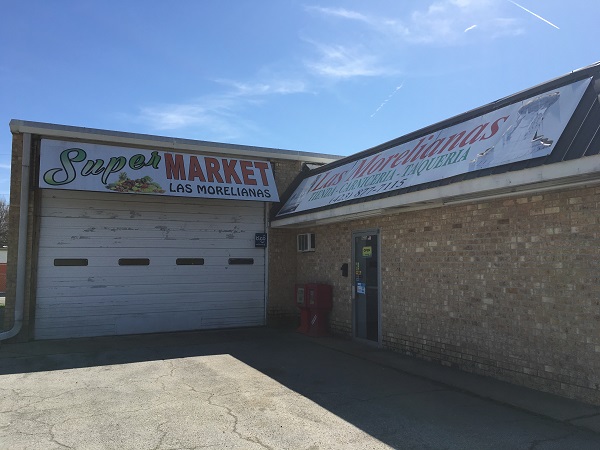 My server brought two small bowls of sauce to the table. He cautioned that one of them, which was more orange than red, was pretty intense. “Be careful with this one,” he said. He was not joking. The red sauce was spicy. The orange sauce was molten lava. I enjoyed the daylights out of it, but I didn’t enjoy very much of it, if you take my drift.

The restaurant is very easy to miss. If you’re traveling north on 153, it’s almost below street level on the right, in a very old and mostly neglected shopping center, with the units of a Public Storage wrapped around it. I wouldn’t say that it’s worth almost two hours of driving on its own, but, when paired with some other business in the Scenic City, it’s worth adding to the itinerary.

I moseyed on home, got back before 2, finished up my day and, to be honest, that was such an indulgent lunch “hour” that it borders on criminal. I probably wouldn’t do that again. Not for a few weeks, anyway.