And then there was the time I drove to Indiana twice – twice! – for something I could have eaten in Macon.

Marie wanted to spend her birthday weekend taking a super-quick visit to see her parents, but I honestly couldn’t get behind spending that much time in the car without making many, many stops. She wanted to set the land speed record getting to the island via the interstate after dark in order to spend as many available hours down there, and I would want to take the Golden Isles Parkway and visit at least four new-to-us restaurants. So she went on her own and I decided to mosey around in middle Georgia.

The first stop on my tour was one of several Macon-area restaurants I’ve been wanting to try. The H & H is a local legend. It was opened in 1959 by Louise Hudson and Inez Hill – known to their friends and admirers as Mama Louise and Mama Hill – inside a simple brick building on Forsyth Street. The story, with perhaps some level of embellishment, goes that Mama Louise felt sorry for some musicians in the mid-sixties who could barely pay for their meals and decided to keep them fed. These turned out to be Gregg and Duane Allman and their band, and, once they started touring and getting a big reputation, they started talking up Macon to every other act they met on the road, and told everybody to play there, to say hello to the people in the Capricorn Records office, and to stop by the H & H and tell ’em the Allmans sent you for some good fried chicken. 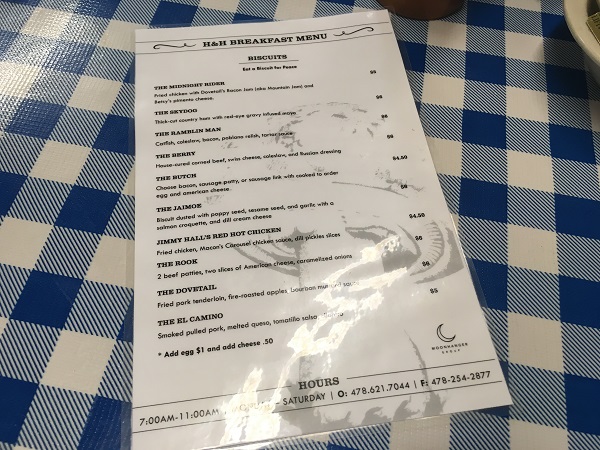 Over the decades, countless numbers of the Allmans’ fans have come to middle Georgia to pay their respects at Duane’s gravesite and see the town where they got their start, and the H & H has always been an important part of this pilgrimage, a wonderful little place where rich or poor, black or white has never mattered. It’s always been about the food. But tourism in this region has never been incredibly strong, and the last recession just about did the H & H in. Mama Hill passed away in December 2007, and the restaurant closed its doors at the end of 2013. The following spring, the local Moonhanger group, who also revived The Rookery, purchased the H & H and reopened it in the summer, with Mama Louise welcomed to provide as much support and cooking as she would like.

This was planned as a barbecue trip, but I started the day with breakfast here with our friend Rex, who shared some of the backstory and paid a lot more attention to the new menu than I did. See, I’d heard so much about the H & H’s chicken that I wanted a chicken biscuit. I got as far down the menu as Jimmy Hall’s Red Hot Chicken and chose that, not even noticing that just two spaces down, there’s a biscuit called a Dovetail that comes with the sort of freshly-made breaded pork tenderloin that I’d been rummaging around extreme southern Indiana trying to find. I did one of those extra-dumb delayed double-takes once I realized what the heck Rex was eating.

He’s a good fellow, Rex. He let me carve off a nice chunk of his tenderloin to sample. The hot chicken is mighty good – and these biscuits are just fantastic – but this pork tenderloin is just outrageous. 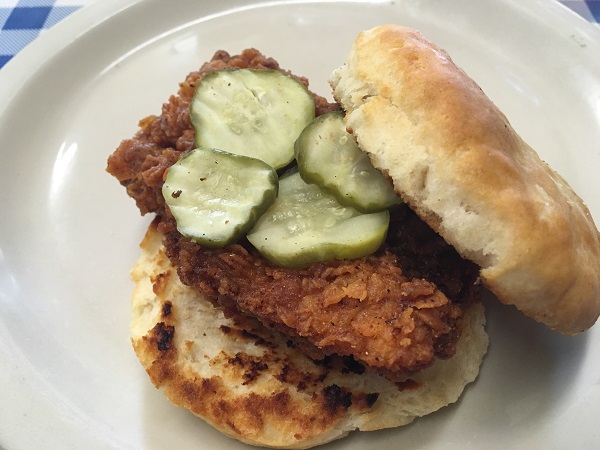 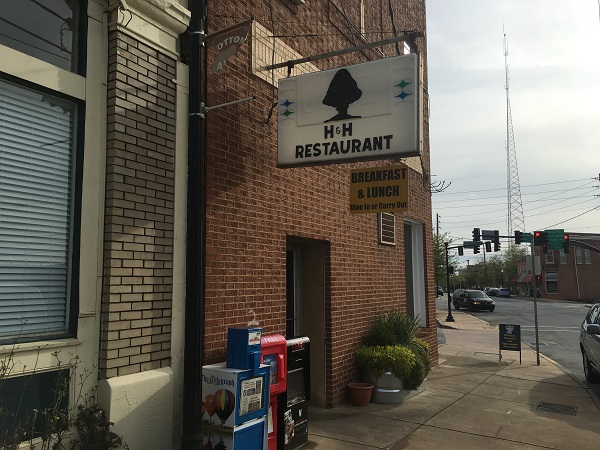 Parking at the H & H is, to put it mildly, a pain in the neck. Their lot is very small and the restaurant is very popular these days, so guests will, at peak times, most likely have to park on one of the nearby streets. There are also, however, at least four large churches whose parishioners park on the same little web of roads, so expect a short hike if any of them have a service when you want to visit. At least the churches in question are really gorgeous, and some of the neighboring businesses have neat old buildings and signs. 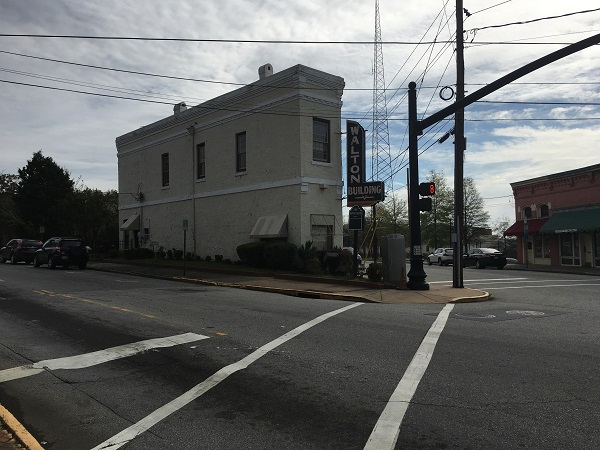 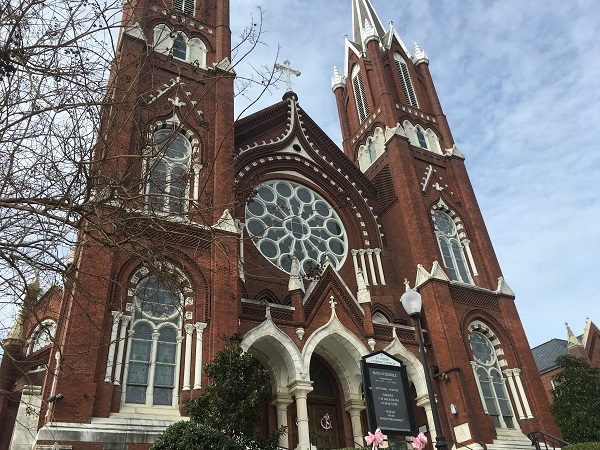 The breakfast just hit the spot, and I made my way from there a few miles south to a restaurant even older than this one. More on that next time…