Here’s another long overdue visit to a very popular destination in Marietta, this one right on the square. I added Willie Rae’s, which is about to celebrate its eleventh anniversary, to my to-do list many months ago after seeing a good writeup of it somewhere. This is a place that tries, with some success, to mix up a menu of southwestern, southern, and Creole-styled dishes in an upscale environment surrounded by lovely, folksy artwork on the walls.

They don’t always pull it off. One black hole on the menu is the inclusion of Lay’s potato chips as a side to some of their dishes. Try as I might, I just don’t see the point of lavishing attention on a burger in the kitchen and then serving it with plain Lay’s. But when they get it right, the results are magnificent. 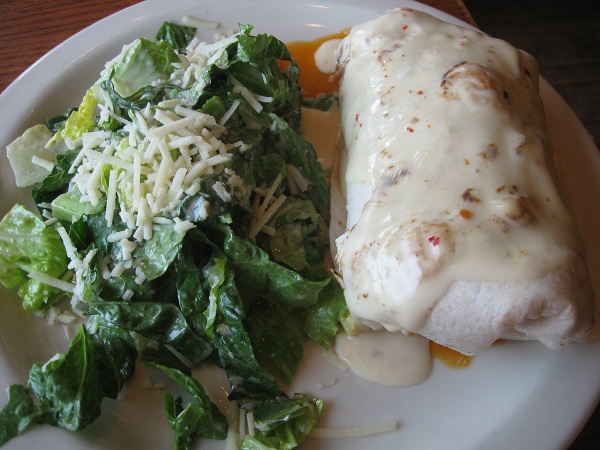 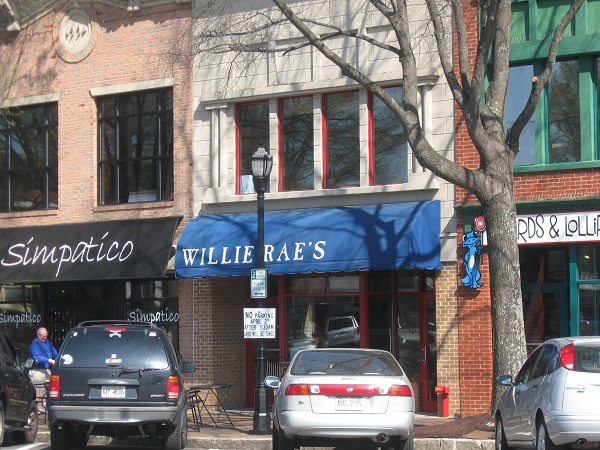 Location is everything in the world of restaurants, deciding what is hip and cool. If Willie Rae’s was inside the perimeter, people would have been raving about it for ages. Sitting quietly on the Marietta Square, it’s easily ignored by the ITP crowd. Interestingly, walking around the square, you can see quite a few very good restaurants, none of which attract much commentary or blogging. Hollie Guacamole! and Tommy’s Sandwich Shop are both pretty good, as are Johnnie McCracken’s and the Marietta Pizza Company. There are four or more very nice, upscale restaurants, at least three places to get desserts, including a cupcake place – one of the latest trends – and Traveling Fare, which sells wonderful pot pies at the weekly farmer’s market, but despite ample free parking, nobody wants to venture up here except office workers and people with court business.

Well, if you do feel like braving the mean streets of Cobb County, you’re certain to get a pretty good meal at Willie Rae’s. I arrived early and looked around in a cute toy store two doors down while waiting for them to open. Within twenty minutes, there was a pretty good crowd in the place, proving that just because us weirdos with blogs aren’t yammering about it, business is still pretty good.

I was a little disappointed that I would have to pay a bit more than I wanted for some chips and salsa – apparently you can only get some by paying six bucks for a really big appetizer with cheese dip and an avocado sauce as well – so I had a small cup of very good jambalaya instead. It was served piping hot in a coffee mug on a little saucer and they didn’t scrimp on any of the meats. This was really tasty, although I don’t know that I’d like a full-sized serving of it with so many other interesting things on the menu.

I had the chicken burrito, served with a very good Caesar salad. The burrito was absolutely packed with really tasty chicken and just a few peppers. I was so pleased to pay a good price for a meal here and really get my money’s worth in very good, seasoned meat, not a big pile of rice or other fillers. The burrito was covered in a wonderful cheese sauce. I think I might have asked for a very small cup of salsa for the chicken, but it was just fine without it. It’s really a good feeling when a place meets your expectations so fully, you know?

I’d love to see some of my peers with larger audiences come up to the square and give these places a try. If Willie Rae’s was on Howell Mill, or in Asheville, people would be raving about the food and the atmosphere. The food certainly warrants it, and you’re guaranteed to get a kick out of all the fun artwork. Well, people are raving, just not people with blogs.