This is Marie, contributing a chapter about a new branch of our favorite chain of cooking store – Penzeys Spices. If you haven’t run across them before and you have any touch of the love of cooking in you, make sure you come to the store with a decent stash of money. Let’s just put it this way: the first year I made the traditional family spice cake with my first haul of Penzeys, it was roundly acknowledged to have been the best batch ever. Mom was converted immediately.

Anyway, it seemed perfectly reasonable to work Penzeys into some trips we made to Birmingham and Memphis, as seen in our previous article about them. You might imagine how pleased we were to hear then that a store would be coming to Atlanta sometime soon. It turned out to be opening this summer within 5 minutes of where I work. If only our budget weren’t constrained by the baby, I would consider this an excellent opportunity to clear out some of the older jars and replace them with new ones. Although honestly, although they recommend refreshing your spices once a year, the three-year-old cinnamon I kept out of curiosity’s sake seems just as flavorful as it was when I bought it. Maybe opening the jar doesn’t knock me off my feet any more, but then I’ve gotten terribly spoiled.

There’s a reason one of the popular dinners in our household comes on the night when I take out the chicken and ask what spices people want on their piece. Results vary (well, except for the person who shall remain unnamed because she’s a minor who chooses lemon pepper 99% of the time) but they are always at least good and often excellent. Grant has taken to asking for the Bicentennial Rub most of the time. 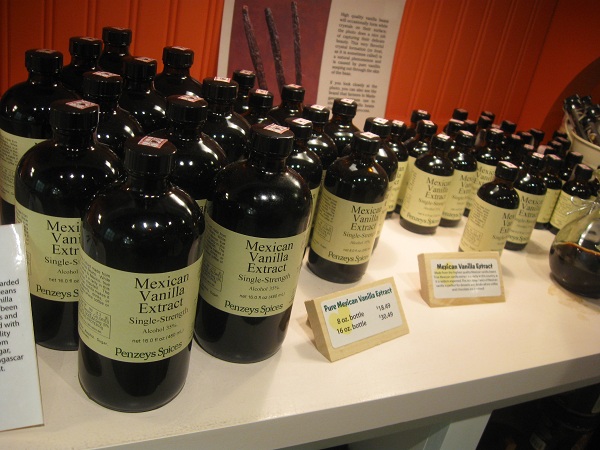 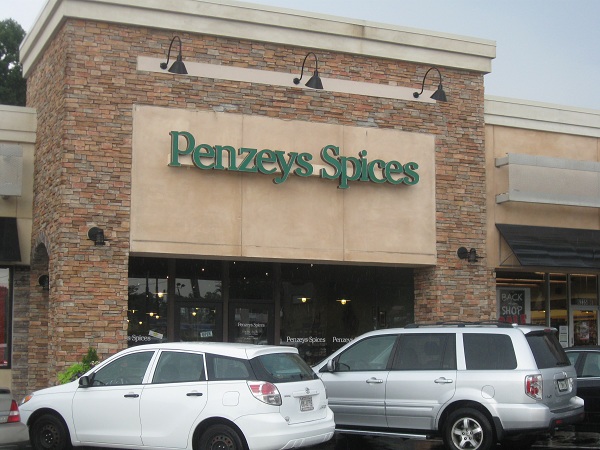 Penzeys sent a post card to let us know that they were hiring, and I thought that was rather clever as a marketing strategy, especially considering the unemployment rate here in Atlanta. They had to have gotten a huge pool of people really interested in the product that way, and if there’s a better way to staff a cooking store than pulling from the people who love their stuff already. That’s one of the real pleasures of shopping at a true foodie’s store. Unlike, say, the spice rack of the local supermarket, where if you see anyone hesitating it’s often only to compare prices, a fellow shopper at Penzeys is someone you can compare notes with, and ask what their favorite recipe is for whatever they’ve got in their hands.

Closer to the actual opening we got a coupon for a free box of four spices with a small purchase. The store is located on Roswell Road, in a shopping center near the intersection with Johnson Ferry. I smelled some new items and some old friends. The spacious, well-laid-out store was absolutely full of families and people browsing. I asked a few people what they like and got some terrific ideas for the kitchen.