Other burger joints have tried; their store in the Lindbergh neighborhood has actually gone into the space that Fatburger vacated. So, is Smashburger good enough to play with the big boys? 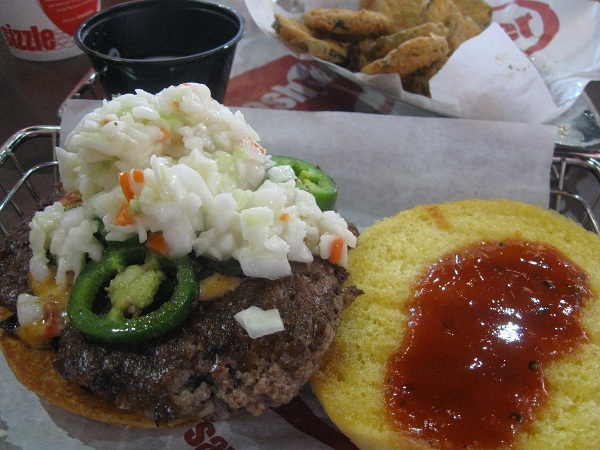 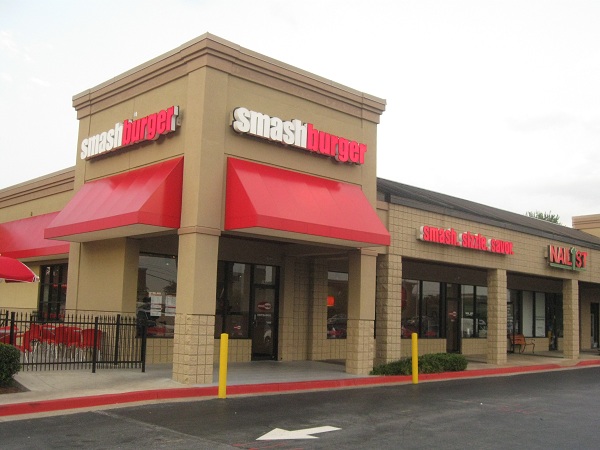 The answer is emphatically yes. This is a much better meal than what Fatburger offered. It’s considerably better than Grindhouse, and it’s better than Cheeseburger Bobby’s, which is really good, but most of Atlanta’s never-cross-the-perimeter crowd still don’t know about. It’s a lot better than Five Guys. Your mileage may vary, but I enjoyed the heck out of this.

On our first visit, I had the Atlanta Burger. One of this chain’s really fun quirks is to tailor one menu item to go with each city where they open. So our town’s signature burger comes with pimento cheese, peach barbecue sauce, grilled jalapenos and cole slaw. It was terrific; I enjoyed it with a side of fried pickles and was ready for a second. Actually, I think that they’re missing one cute trick here. You know how everybody who writes about food on the internet talks with a wink about In-N-Out Burger and their “secret” menu? Smashburger should definitely have ingredients and recipes for all these signature burgers in the system, so that, even not on the menu, a guest in Atlanta can ask for a Denver burger, or whatever. Sadly, on a follow-up visit, where I had the “Ultimate Cheese” – excellent, but really more defined by the pile of fried onions than the cheese – the manager said that you’d have to order the signatures “manually,” using the “create your own” ingredients, and hope the local store has what you need.

On that first visit, Marie had a classic burger and really liked it, and did a “create your own” the next time out. On the first visit, she had the fries tossed in a little herb mixture of olive oil and rosemary, and sweet potato fries the next time. We agree that these are better burgers than most places in the city, and certainly in the top ten.

Now, while many of this city’s bloggers have been covering the burgers quite well (Amy on Food, as always, has some terrific photos in her short report), I don’t see where anybody has mentioned the salads. My daughter, who loves good burgers, decided to get a salad this evening, and none of us were prepared for its size. While the basic burger, available in three sizes, is quite sensibly proportioned, the salad comes in a bucket only slightly smaller than your head. Don’t order one of these unless you’d like to share. In all, it is really good food and quite nicely priced. The three of us ate well for under $20.

Electing to continue visiting places that are all the rage this summer, after we finished, we passed on a Smashburger milkshake – made from Häagen-Dazs ice cream – and drove over to Pie Shop in Buckhead to see what they had to offer. I think that I broke Marie. Sometimes, food makes her so happy that strange things happen. We went back to my mother’s house to pick up her car and she fell asleep on the couch, dreaming of blueberries. 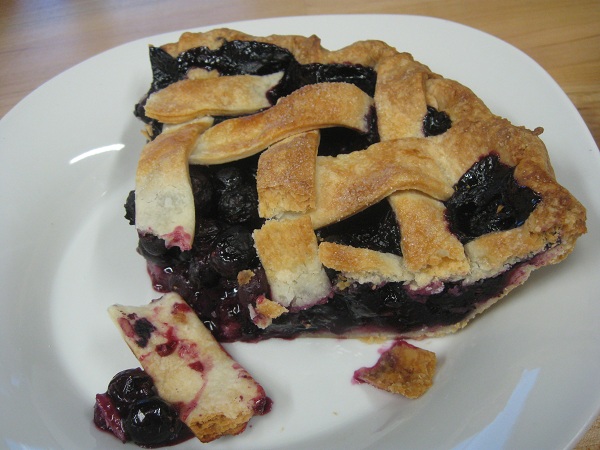 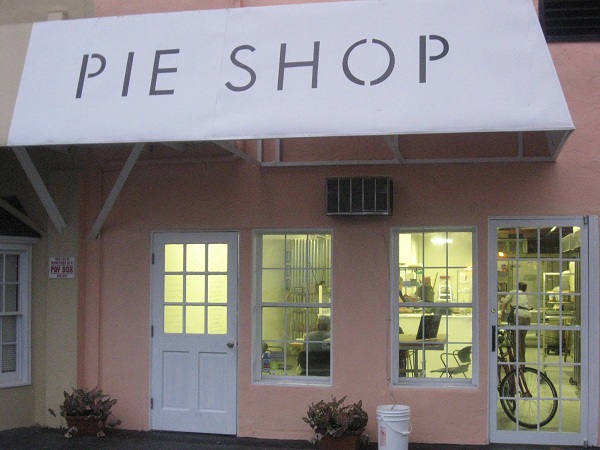 Now, one thing that I really didn’t like about Pie Shop was having to pay to park, but that’s the suburbanite in me talking. I’ve got old-fashioned ideas about parking in strip malls. This place is located around the back of an old strip center, above and behind a nail place, on Roswell Road, between the Shane’s Rib Shack and the Roxy, and parking costs five bucks*. If you were going to just hop in to buy a pie to go – they run between $30 and $40, or $4.60 a slice – you could probably get away with it, but if you’re going to stay for your dessert and a glass of milk, you’d probably better cough up the money.

Okay, the other thing that I really didn’t like was that I read The Food Abides’ glowing review of the place earlier that afternoon and was roaring ready to try their ganache pie. They didn’t have any. I had to make do with chocolate cream, which is just about my favorite kind of pie anyway, other than shoofly. It was amazing. I had a scoop of whipped cream along with it. You’ve never had whipped cream so good. I washed it down with a glass of milk. It took quite a long time to finish. If I hadn’t paid my five bucks, they could’ve towed my car twice over. It was just so rich and wonderful that I had to eat it very slowly.

The pie that ended up knocking Marie out was the blueberry. After some debate, my daughter went for the key lime, which was fresh out of the oven. It’s fun to watch her at work. My daughter does not often praise business owners or thank them for meals, unless she’s so bowled over that a fuss must be made. She ended up telling one of the girls that work there that she loved the food, and, in answer to their sign, as a pie lover, she should work there and asked would they hire her. Never mind that she’s twelve.

There isn’t really enough room at Pie Shop to linger. Most of the interior is given over to the baking area, with cooking tables and ovens, with just two tables for guests to sit. I thought the place was completely charming and the food was just remarkable, but we might do better to pick up some slices to take back to my mother’s place next time. For one, we won’t have to pay to park (but see below), and for another, we can more safely enjoy a food coma with a sofa upon which to collapse.

*Update: An unfortunate mistake here; Pie Shop’s owner, Mims, wrote to let us know that the parking is enforced only during the later evening, when the clubs are open! Nothing is stopping you. Go!

Update: In early December, Smashburger moved into our neighborhood with a store on Barrett Parkway in front of Town Center. It’s very nice to have such a quality meal available so close to us, especially with the yummy pimento cheeseburger as an option.

Other blog posts about Pie Shop: