Here is a restaurant that is just plain mixed up in my memory. I had this place completely backwards. I could have sworn that, as long as I could remember, there was a deli called “The New Yorker” in Vinings. Seriously, like, from the late 1970s, I remember a place in one of those white buildings across from the fountain on Paces Ferry. I am so accustomed to the memory that I did not think twice about whether or not it was ever there, or still there, or gone. It was just part of Vinings, like the New York Pizza Exchange and the Vinings Inn and the church where Howard McDowell used to preach, which has been a La Paz upstairs and a Mellow Mushroom downstairs for at least fifteen years, but it’s still the church where, as an elementary schooler, I would regularly be sent to Vacation Bible School in the summer and await visits from the old Atlanta Braves Bleacher Creature.

So a few weeks ago, we were thinking about having some supper with Neal, and were looking around for a place in Vinings that was open Sunday and where we had not been in a while. I thumped the table with excitement about stopping by this place for the first time in ages. So we made a beeline for Vinings and Neal wondered where on earth we were going; the New Yorker is on the other side of Vinings, on Atlanta Road near Log Cabin. Sure enough, the buildings that I swore housed this place were occupied by a Starbucks and by a Jimmy John’s.

I thought for a couple of days that one of the girls at the restaurant cleared up the confusion. She told me that the present space was actually the second store; the original was indeed in “proper” Vinings on Paces Ferry, but it had moved near the square in Marietta. Another couple of locations have since popped up in the area. That seemed to clear everything up until I visited the restaurant’s web site and read that the business opened in 2002, far too late for it to be part of my childhood memories. So what the heck was that sandwich shop in Vinings that I’m thinking of, I wonder? 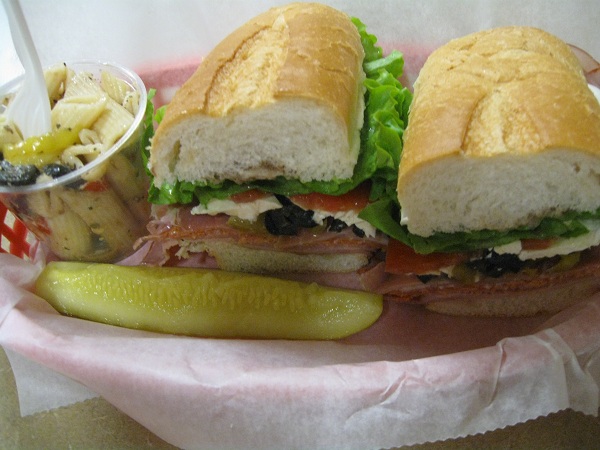 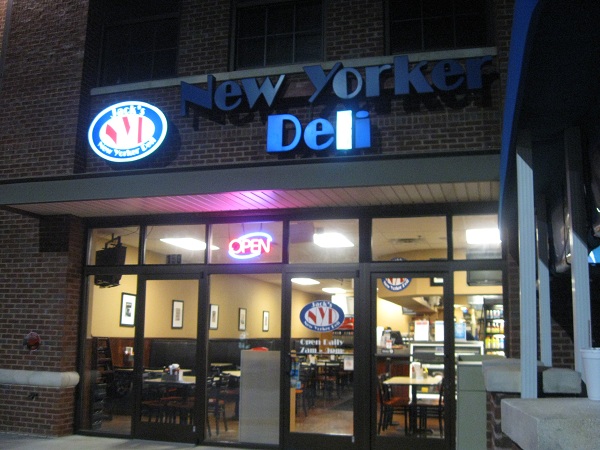 I feel pretty strongly about where Vinings actually is. Despite what some real estate agents and some clusters of apartment homes in Mableton would have you believe, Vinings is a very small place, and it is entirely inside the perimeter. Its boundaries are a pair of Kroger grocery stores. There is one on 41 and Paces Mill Road, and there is one on the south end of the neighborhood between Log Cabin and Atlanta Road. Its eastern border is the Chattahoochee River, and the western border is actually not I-285, but Cumberland Parkway. That’s not complicated. If you live OTP, then you’re in Smyrna and a wannabe.

They claim here, in actual-Vinings, to not be an imitation New York deli, but to provide a neat southern twist on things. I don’t know how accurate any of this is, but it is certainly really tasty! Neal had a fried bologna sandwich and really liked it, but I’m sure my sandwich was better. It’s called a Ryan’s Wise Guy and comes with with prosciutto, cappicola, pepperoni, lettuce, tomato, black olives, banana peppers, fresh mozzarella and balsamic vinaigrette. Just a terrific, big little sandwich at a reasonable price.

Anyway, Jack’s New Yorker Deli is open until 9 on Sundays, which is probably a little later than it needs to stay open. We wrapped up our meals by 8 and spent time gossiping and catching up and the place was hardly hopping. It is a terrific spot to go and gab. It’s a little hidden from the road, and easy to drive right past, but certainly worth a visit.

(Edit…) In December, I stopped by the Marietta Square store for an Ellis Island sandwich and fries. It was delicious. I like the “Deli Dust,” a little mix of salt, pepper, garlic and onion powder, sprinkled over the fries. 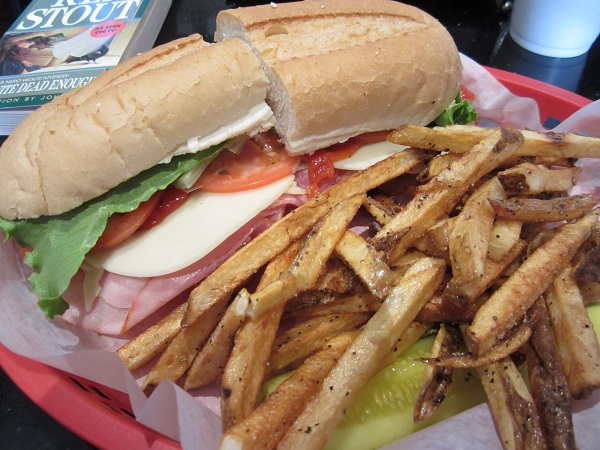 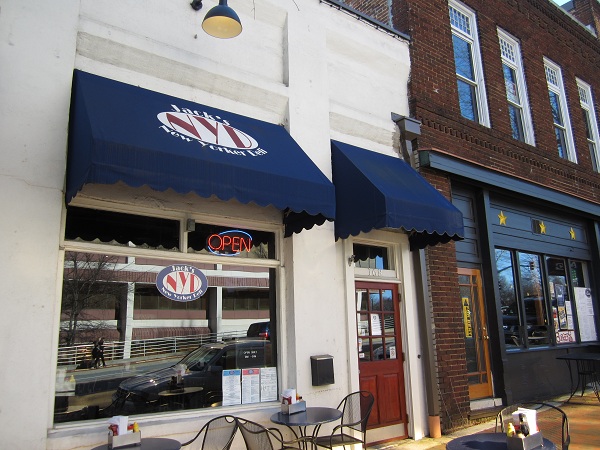