About a month ago, when I was having some Mexican-fare lunches on Buford Highway, I mentioned that I owed Las Tortas Locas another visit. On that occasion, I got so wrapped up in the book that I was reading that I genuinely did not pay any attention to the food that I was eating. Plus, I deprived myself of what looked like a terrific salsa bar.

This little chain started in the early 2000s and presently has seven stores around Atlanta. The nearest to us is on Pat Mell Road on the almost-Smyrna side of Marietta. Then there’s the Chamblee store I went to last month, and two in Norcross, one in Sandy Springs, and two on the south side, in Jonesboro and in Forest Park. This Pat Mell store is particularly interesting. It’s at South Cobb Drive, across from where that dilapidated mess of a mall that used to be Cobb Center stands. It might still be called Cobb Center, but malls don’t come deader. For many years, there was still a Rich’s here, even after the rest of the mall was boarded up, thanks to some wild tax break, apparently, but even it’s gone now.

When I was in middle school and the mall was not quite dead, only gasping, embarrassed in the shadow of Cumberland, I think we had to come here to sing Christmas carols, and I convinced my parents to have dinner across the street, in this strip mall where Las Tortas Locas is today, along with a Vietnamese pho place and two barber shops. I have a fractured memory of eating at a Chinese place here, and having octopus for the first time. These days, this whole intersection, and all the businesses around it, looks pretty sketchy. 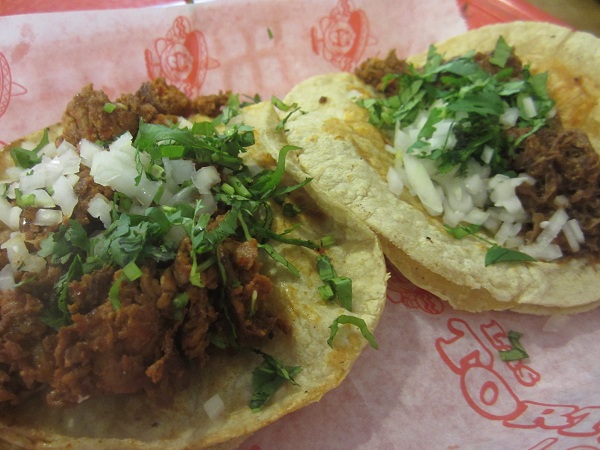 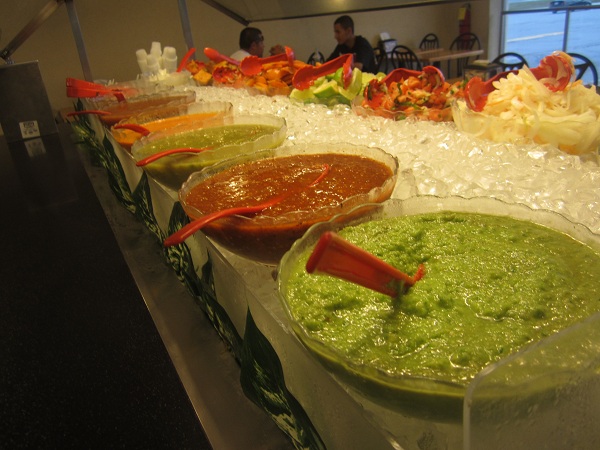 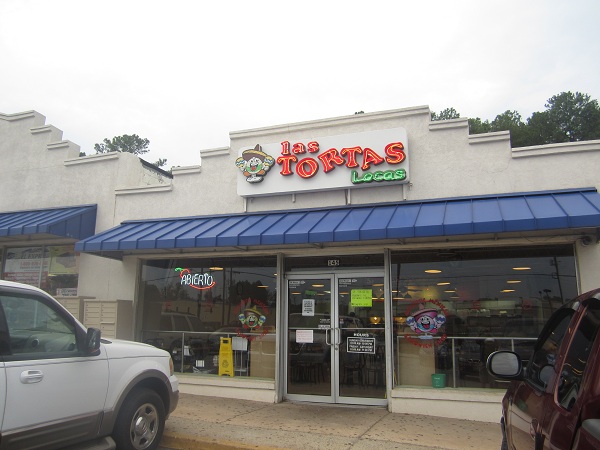 Marie’s brother was in town, and we had lunch earlier that day at the Jack’s New Yorker Deli on the square in Marietta. We then did some visiting and some napping and played with the baby, and later left around six to go get some Mexican food.

Las Tortas Locas has a pretty broad menu, enough for each of us to sample different things. Karl had one of their tortas, and was impressed by how big and tasty it was. My daughter ordered a quesadilla – amusingly, the restaurant lets you know how things stand by calling them “gringas quesadillas” – and a taco. Marie had a chicken burrito and was very taken by the flavors. She couldn’t nail down what she was tasting, but the spices, she said, were much more vibrant than what she expected from typical Mexican food.

I had barbacoa and chorizo tacos and a basket of chips, so I could really dig into their sauces. They give you a great big and proper cup of a tomato salsa with the chips, but you’re forced to either spoon over your tacos or break your chips down into teeny pieces to use the little single ounce cups on the bar. They have a spicy avocado sauce that I didn’t enjoy too much, but the salsa verde and the vibrant orange chile de arbol are just wonderful, and they have tomatoes and spiced onions and all sorts of fun things here. At $2 apiece, these tacos are a little more expensive than some of their competitors, but they have such a superior salsa bar that it all works out to me.

For dessert, we returned to the square in Marietta, where parking was at quite a premium – we had to settle for the closed Krystal a block away – and walked to Sarah Jean’s. I want to say that this place opened in 2009, and I’m not sure why we have not visited before. 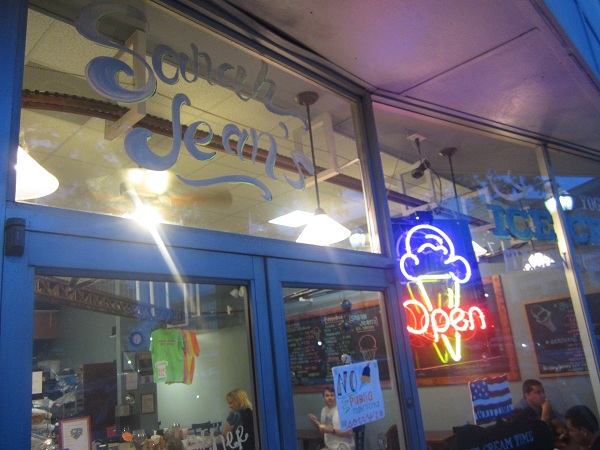 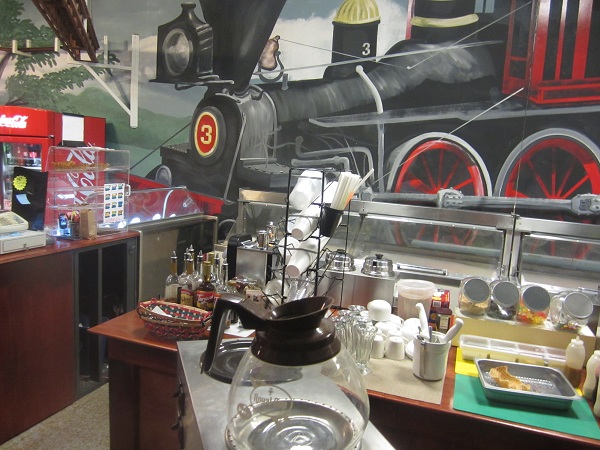 Sarah Jean’s is a simple, no-frills, classic ice cream parlor. They use Greenwood, which is nice, their staff is friendly, and their prices are perfectly reasonable. It seems like a good place to go on a hot afternoon or a warm evening, and we’ve done ourselves a disservice by not popping down here before. Marie is due for quite a number of ice cream dates. Maybe if she’s good, I’ll take her back out this way for a treat soon.