My daughter asked to try a new pasta place that opened near us in the little strip mall behind Cheeseburger Bobby’s. It’s called Twisted Kitchen and it opened in the space that, shamefully, used to belong to a butcher shop that we kept intending to visit but, he said, clearing his throat before speaking quietly, we never did.

Now here’s a strange coincidence. About a week previously, I was talking with a co-worker about high school days, and I remembered this one fellow. I never knew him well at all, just was briefly acquainted through other people, and couldn’t recall his name. So I was asking Twisted Kitchen’s owner, whose name might be Shane, about his new place and whether he’d been in the business long. He said that he used to own the venerable New York Pizza Exchange, which has been next to the railroad tracks in Vinings for at least a quarter century. I remembered that the student whose name I did not remember had been one of their delivery drivers. I described him, and the good fellow remembered him instantly, and told me his name and where he lived these days, out on the west coast. Beat that for worlds being small.

After selling New York Pizza Exchange, he looked into starting a place to get some good pasta. What he’s come up with at Twisted Kitchen is a fast casual setting that offers lots of choices for families. They have put a lot of thought into the decor and design, which evokes a rustic Italian home, and even though the menu is overwhelming and a little confusing, the actual kicking-back-and-eating part of the meal is relaxed and very pleasant. And the food is not bad, either. 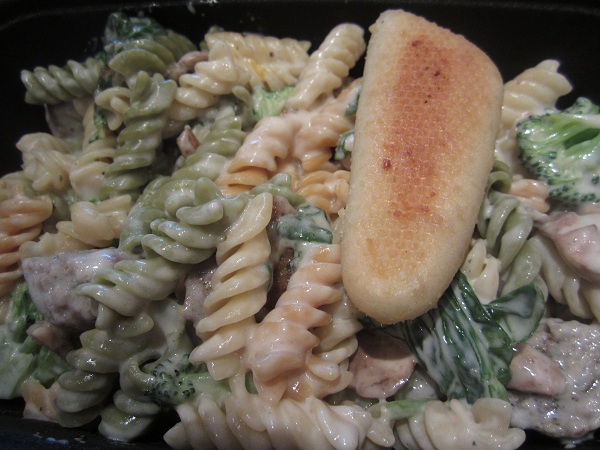 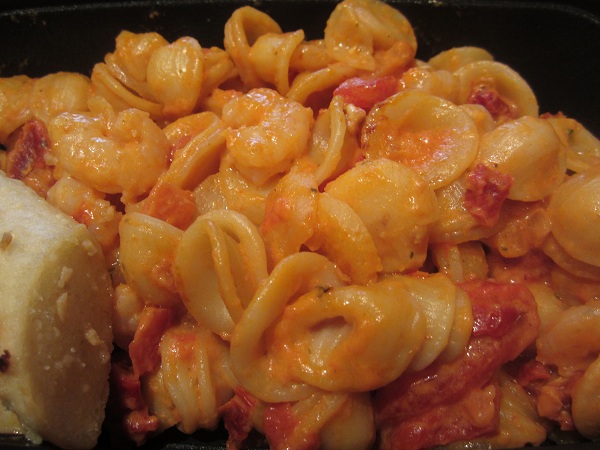 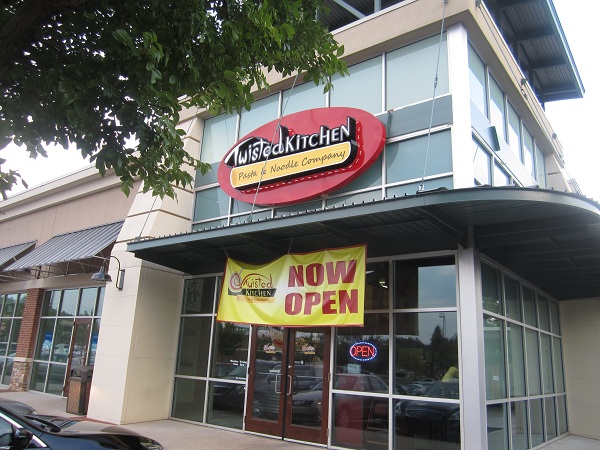 The build-your-own pasta bowls here start at seven dollars, or eight with meat, and they include four vegetable toppings from a long list and one of seven sauces. They’re pretty huge portions; Marie and I each took lunch home after eating our fill. Marie had tri-colored rotini, one of six or seven pastas available, with alfredo sauce, meatballs, broccoli, spinach and mushrooms. I tried the orrechiette pasta, with vodka sauce, shrimp, water chestnuts, sun-dried tomatoes and red peppers. My daughter also tried the vodka sauce with cheese over corkscrew pasta and a side salad.

Since there are just so many combinations here, and so many potentially clashing flavors, they’ve put together eight suggestions for guests from which guests may quickly choose. I am curious to try the Mandarin Twist, which mixes an orange ginger sauce with breaded chicken, sriracha sauce, broccoli, water chestnuts and chow mein noodles.

I really like the setup, which is akin to a Barberito’s or a Chipotle, only with noodles instead of burritos, with your meal being prepared to your specifications as you walk down to the register. Since cooking and tossing takes a couple of minutes more than the usual time spent at assemble-burritos-to-order places, it gives guests the chance to learn more, and the staff to offer suggestions. It’s a good way to engage with customers. Honestly, while the food’s pretty good, our meals did not knock us out. Neither the pastas nor the sauces are of the high quality you’ll find at a Figo, but this is still a good way to get a large and really reasonably-priced meal, and have either a decent evening out with the family where everybody gets what they want, or a quick lunch. We may stop by again sometime.