To show off their new line of drinks, the people behind the Bahama Breeze chain threw a series of parties at several of their locations around the country. Malika from Atlanta Restaurant Blog hosted the event at their Kennesaw location, one of three in the Ettalanna suburbs, and one of only thirty nationwide. The only other Bahama Breeze stores in our travel area are in Jacksonville and Memphis; about a third are in central and south Florida. Like Seasons 52, this is one of Darden’s smaller chains, without the omnipresent, mediocre footprint of their Red Lobster or Olive Garden brands. They use coupon promotions all the time; we seem to get a $10 off a $20 meal voucher in the mail every three weeks. We haven’t redeemed one in years. It’s a big barn of a place, with sprawling patios and the omnipresent sounds of steel pan drums piped in everywhere.

We enjoyed visiting with Rebecca from Atlanta Foodies as always, and also meeting some of the area’s other bloggers, including Jason from Kitchen Man Can and Julia and Dave from Dr. Princess, all of whom you should visit. I don’t mind namechecking and linking (well, obviously), because this really was more of a social media party, wherein we all told our Twitter followers what we were drinking, than a “learn about our restaurant” event. The folks from Bahama Breeze laid on some live music and sent plate after plate of appetizers around. We got to sample their coconut shrimp, chicken quesadillas, yucca fries, white bean hummus, pulled pork over plantains, corn cakes with sweet salsa, conch fritters and cheeseburger sliders. 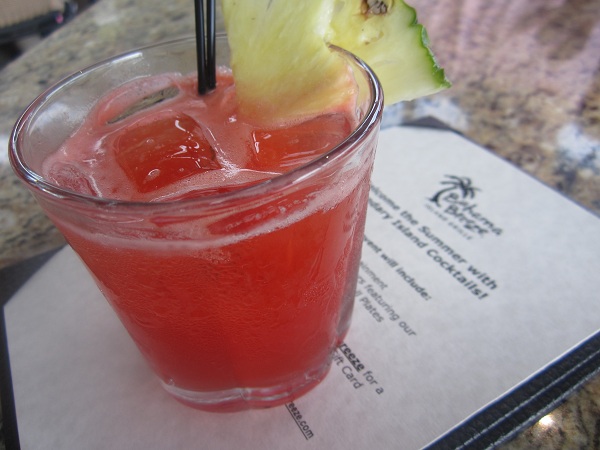 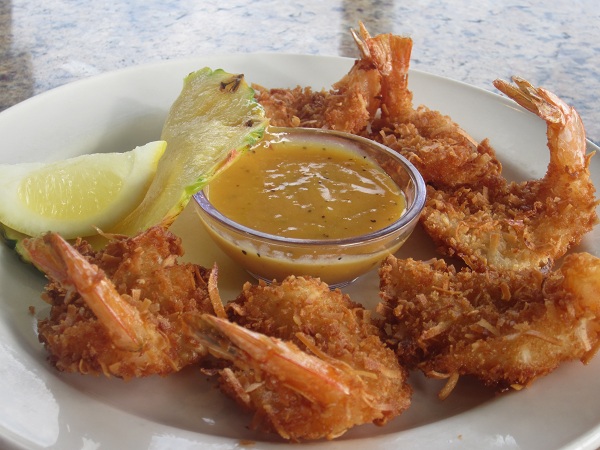 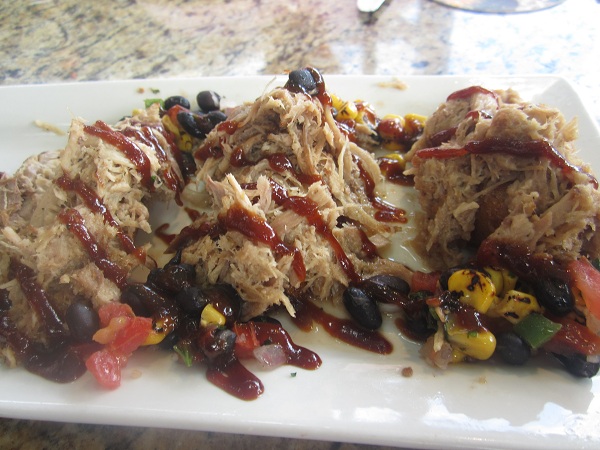 But the reason for the party was to launch their new “Legendary Island Cocktails,” a line of seven drink specials “straight from the world-famous island bars where they originated.” They brought out three, or, in my case, as Marie does not drink, six. I enjoyed the Barbados Rum Punch the most, and more about that in a bit. The Painkiller, concocted at the Soggy Dollar Bar in the British Virgin Islands, has the most amusing origin – the bar is literally one that customers must swim to – but as I don’t enjoy cream of coconut even with dark rum, it wasn’t for me. All right, I didn’t actually have six, after all. The Goombay Smash, invented at Miss Emily’s Blue Bee Bar in the Bahamas, was much more to my liking. It mixes Captain Morgan’s Spiced Rum and Meyer’s Dark Rum with orange and pineapple juice. 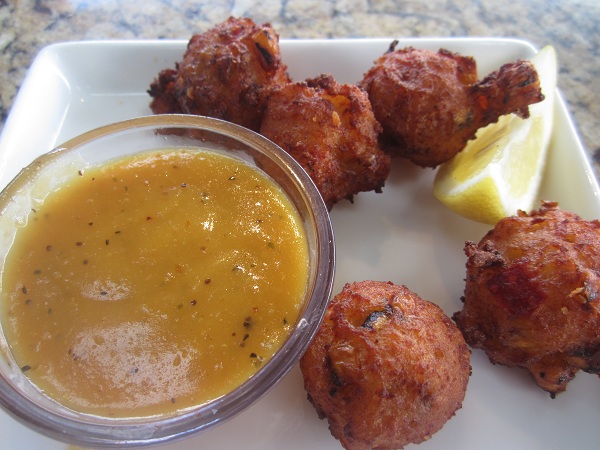 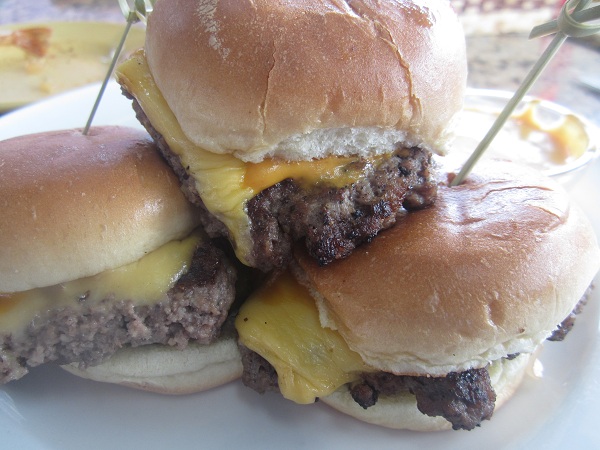 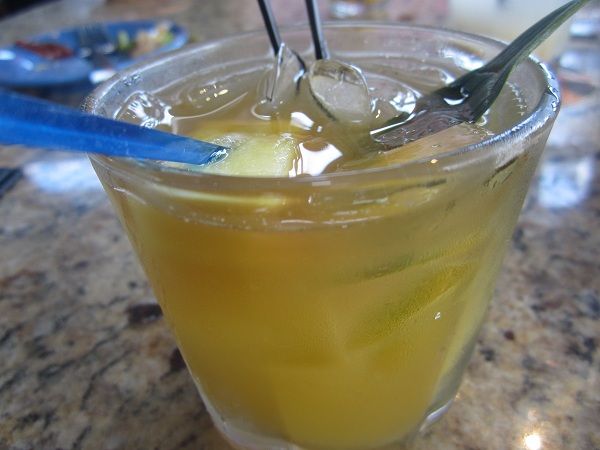 Bahama Breeze’s menu book and web site were both a little hazy on what you can expect to find in a Barbados Rum Punch. Turns out that it is such a traditional recipe that there’s a poem to help you along:

One of sour, two of sweet (lime juice and simple syrup)
Three of strong, four of weak (rum and water)
A dash of bitters and a sprinkle of spice
Serves well chilled with plenty of ice.

We left before we started singing sea chanteys – it’s been said that I do a riveting version of “A Drop of Nelson’s Blood” – but we honestly had a fine, fun evening. This actually isn’t a bad place at all to kick back with cocktails and small plates with friends, but I’m not sure I’m prepared to believe the place where Hemingway wrote all those stories really looked or felt quite so much like an amusement park attraction as this restaurant does.

Other blog posts about Bahama Breeze: