In the previous photo post, I shared some pictures of some places in Columbus that I had planned to visit before I made the drive. I had hoped to see some other places that called out to be seen, but my friends in the city were either out of town or busy. Fortunately, I thought to make a pit stop at the Georgia Welcome Center, which is off exit 12 of I-185. I explained what I was after to an extremely helpful Columbus native named Helen, who grabbed a map and a pen and told me about all sorts of places that I could try, and I was happy to spend a little time looking for a few of them. I really appreciate her suggestions, which will carry over into tomorrow’s chapter, and was reminded that welcome center staff are there to help. We should do a better job taking advantage of their skills! 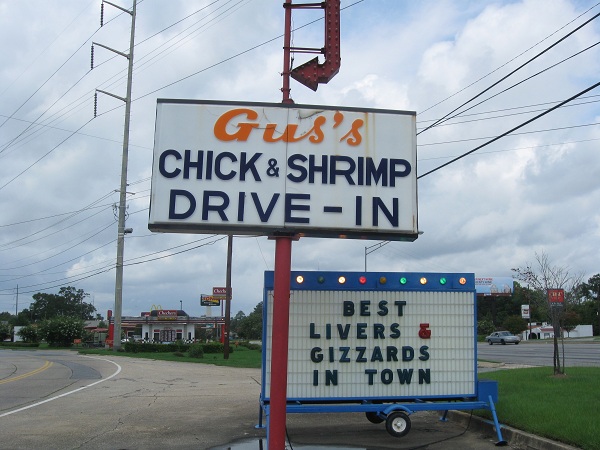 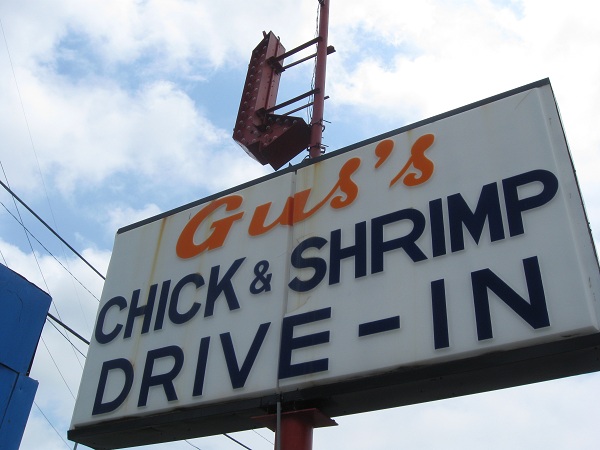 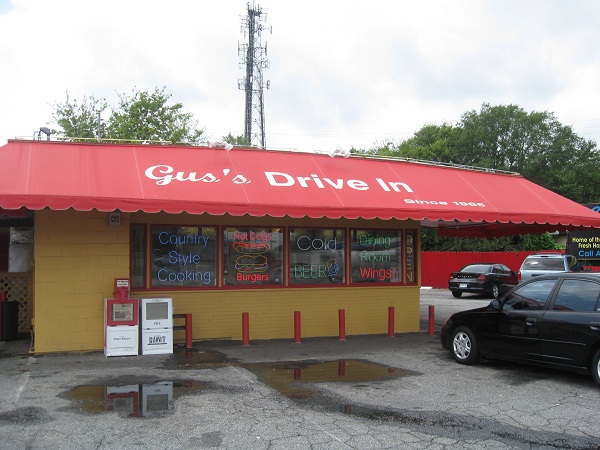 First up, after sitting through every red light on Victory, was Gus’s, a drive-in that dates back to the 1950s. Helen shared with me her belief that every girl who graduated from the now-defunct Baker High worked as a carhop either here or at one of Gus’s old competitors, back when Gus’s actually did curb service. Victory Drive was, in the 1950s and 1960s, home to many independent drive-ins. As the region’s “vice” district moved out of Phenix City and into Columbus, it was natural that the seedier businesses would take up room in the shadow of Fort Benning. These days, Victory is a sad avenue of one pawn shop and title loan place after another, punctuated by sex shops and strip clubs, and this one little relic of a more innocent time, when the crime and vice stayed in Alabama. 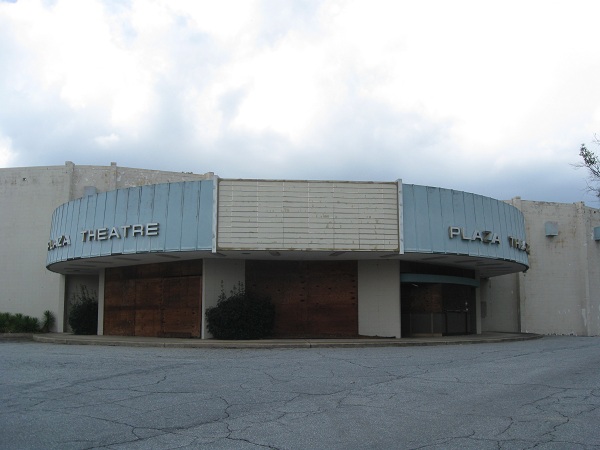 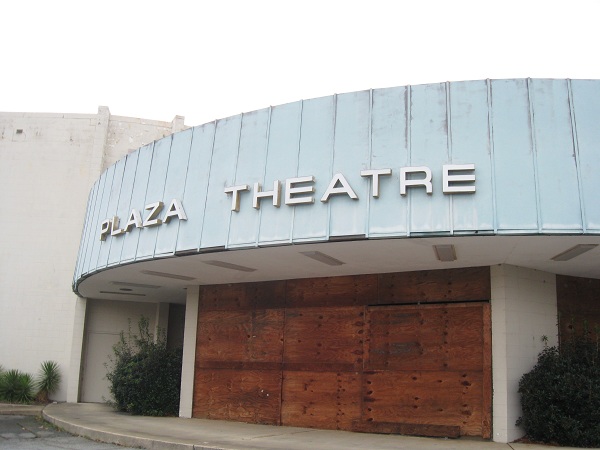 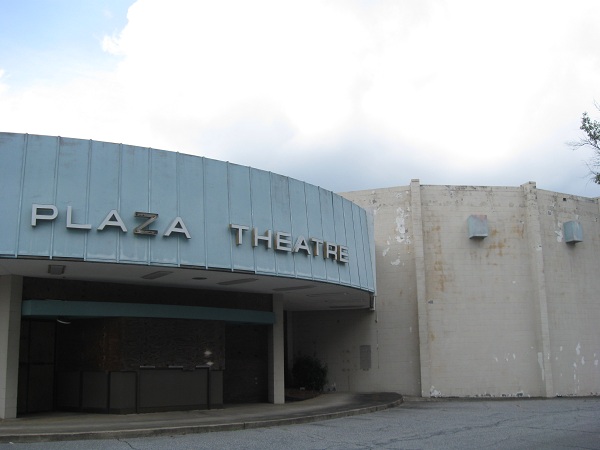 Five miles north of Victory Drive is one of Columbus’s main retail thoroughfares, Macon Road. Much more reputable business is absolutely booming here, and a huge strip mall that houses a Publix, among dozens of other businesses, was recently remodeled and refreshed. We’ve stopped by this Publix many times to pick up twelve-packs of Buffalo Rock or Grapico. Behind this very busy mall, strangely, is a theater that has been boarded up for fifteen years. According to our friend Matt, the Plaza first opened in the summer of 1970 as an ABC property that could seat a then-whopping 780 people. Over time and different ownership, first Plitt and finally Carmike, it was divided into three auditoriums before becoming a second-run joint. It finally closed in 1997. 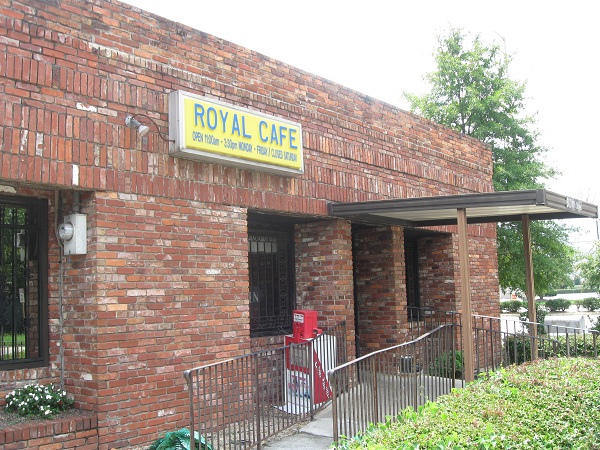 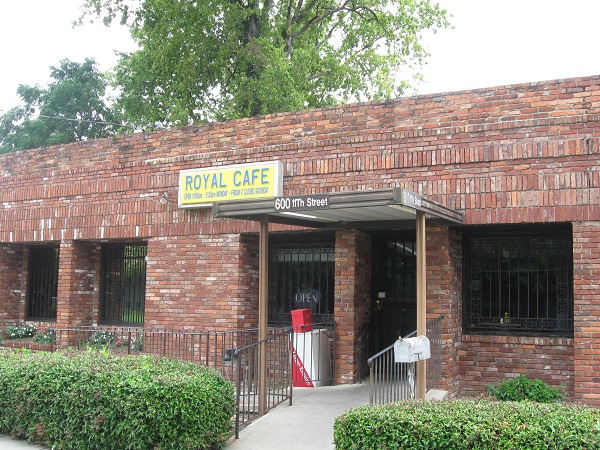 I’ve either driven past or seen the Royal Cafe dozens of times without it registering. It’s a little lunch place on the uptown side of 11th Street, just on the other side of a spectacular, flood-prone underpass. My pictures of the underpass were quite poor, but I encourage you all to see it. 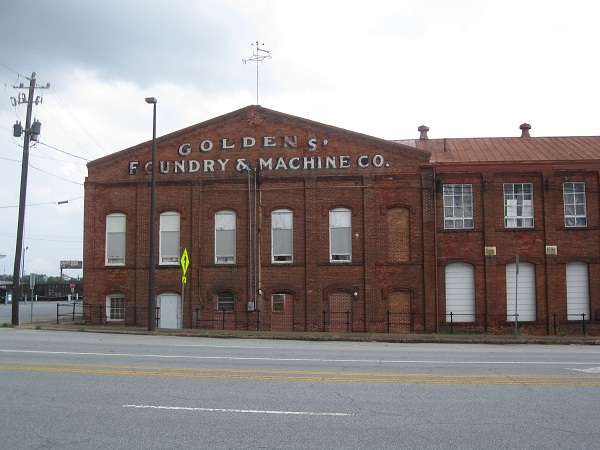 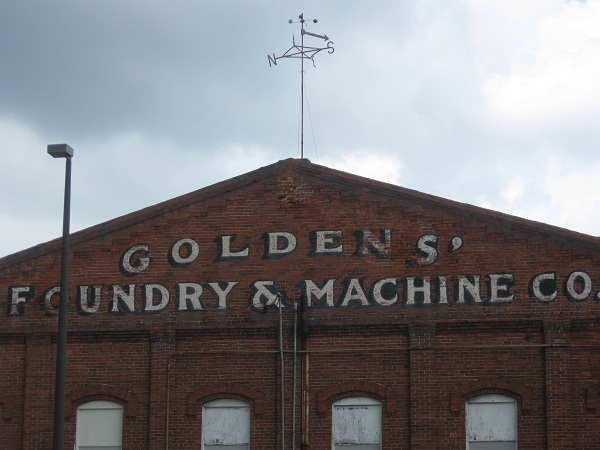 I bet touring the inside of this place would be a treat. This foundry has been in business, and family-owned, since 1882. How can you not love the exterior, though? I love that old printing on the building, and the weather vane.

I did actually enjoy some food on this visit, and not just buildings. More on that in the next chapter!