There are many small difficulties, none insurmountable, with writing this blog the way we do. Probably the most critical are the time and money factors. Considering that Marie and I each have excellent jobs in Atlanta, and a baby, it is not quite so easy to just take off, explore, immerse and learn in the way we’d like. The added challenge of a busy teenager adds to it. So many months will fly by between my expressing a desire to go someplace and learn more, and actually getting out and doing it. It was November of last year that I resolved to come back to Columbus to find some more places that serve the region’s particular mustard sauce.

To explain a little better about what I mean here, let me clarify that Columbus / eastern Alabama mustard sauce is quite surprisingly different from the much better known South Carolina mustard sauce. It is much thinner, lighter, and, in many cases, more orange in color than what is typically found in South Carolina’s Piedmont and Lowcountry. I got just a couple of minutes’ time to talk with Larry Gunter, the owner of Columbus’s Smokey Pig, as he ferried a to-go order out to a guest’s car. It’s his belief that everybody in the area who uses the sauce either adapted the recipe with the best of intentions, or they pilfered the recipe outright after working for his family and starting their own restaurant or joint. The Smokey Pig was opened by Bobby and Faye Gunter in 1953. I am not certain that we should get into who is on the family’s good side and who isn’t, but the reality is that over the last sixty years, this region has become dominated by the mustard-based sauce, from larger restaurants like Country’s to smaller joints like Phil’s in Eufaula. 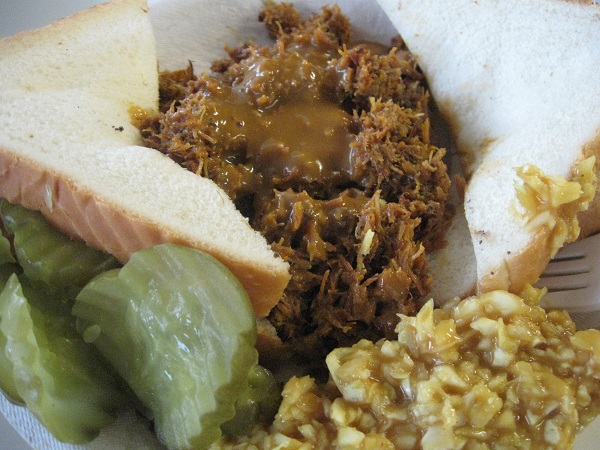 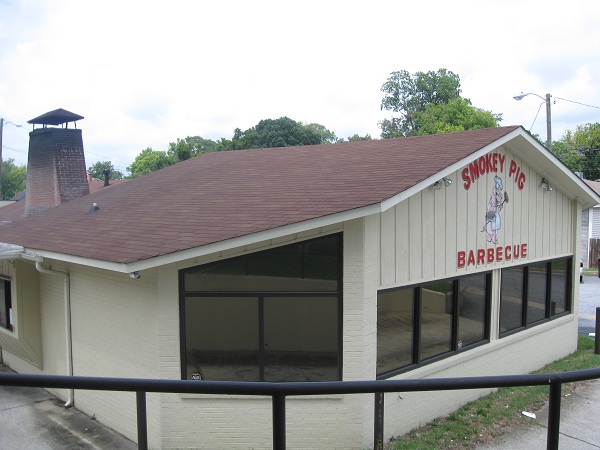 I ordered the Smokey Pig’s smallest plate, which will feed guests very well for under seven dollars. The pork, smoked over a mix of wood that is predominantly oak with just a little bit of hickory, is “chipped,” that is, pulled quite fine and dry. Another regional specialty, seen at Country’s and at Mike & Ed’s, is barbecue slaw, in which the traditional slaw recipe sees mayo replaced with the mustard-based barbecue sauce. The Brunswick stew is dark, smokey and full of meat.

The Smokey Pig is a very old restaurant that looks and feels every one of its 59 years. It is a popular and terrific place to soak up the local color and talk to friendly people about their town while enjoying a really interesting meal. I wish that they had not been quite so busy, so that I might have spoken with Larry a little longer, but I was very surprised to find, two hours later, their rival Clearview BBQ was even busier. At three on a Saturday afternoon, the line was backed all the way to the door. 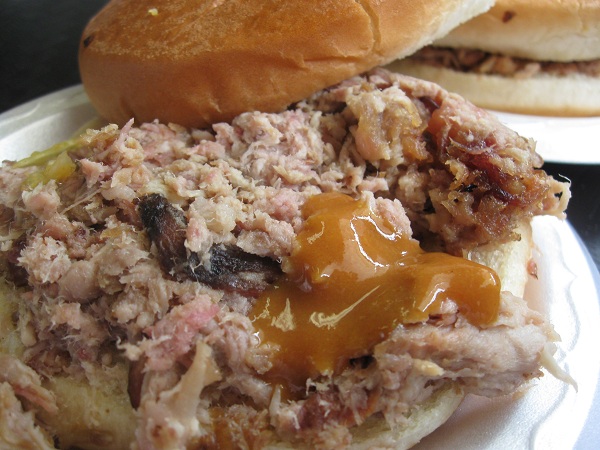 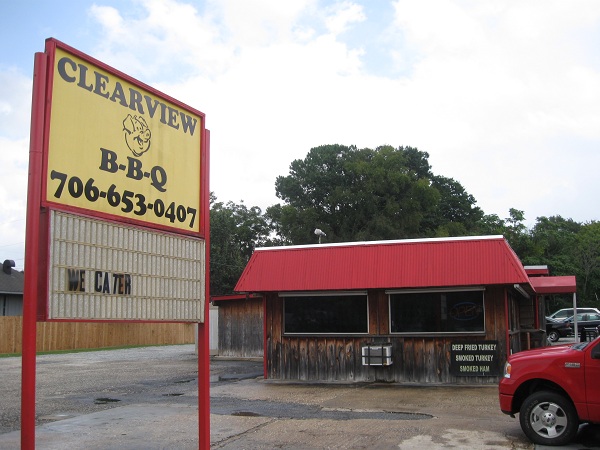 I was not actually planning to stop by Clearview, having finished my little life-affirming photography tour and ready to leave town for another destination in Hogansville. I was not even planning to travel up its street, but I saw a sign pointing me from Veterans Drive to the left and north to GA-219, the same state highway that I had partially used on my way into town from LaGrange. So I wheeled that way, passed Clearview and turned around.

Clearview, I believe, wins an award for the least expensive plate of barbecue that I’ve seen since we started the blog. A small plate here with two sides is only $5.45. If I’d have been thinking, or had the ordering area not been quite so much of a madhouse, I might have had that instead of two of their dollar sandwiches. I ordered two so as to better sample the three different sauces. The intensity and spice level varies along with the color, from light yellow to autumn orange.

I did not learn very much about Clearview, only that their food is quite terrific. While I think that, between the two, I would rather go back to the Smokey Pig, it’s really a tossup as far as the taste of their pork. But Clearview actually wins out just a little bit as far as being a destination for travelers. I say this because not only can guests get chipped pork with mustard sauce and barbecue slaw – many places in the area offer that – but also because they offer a very highly-regarded take on that ubiquitous Columbus specialty, the scrambled dog. One of the really neat things about Columbus is all these little local concoctions. Heck, if Clearview were to start offering RC Cola in the fountain, I’d call the place essential. 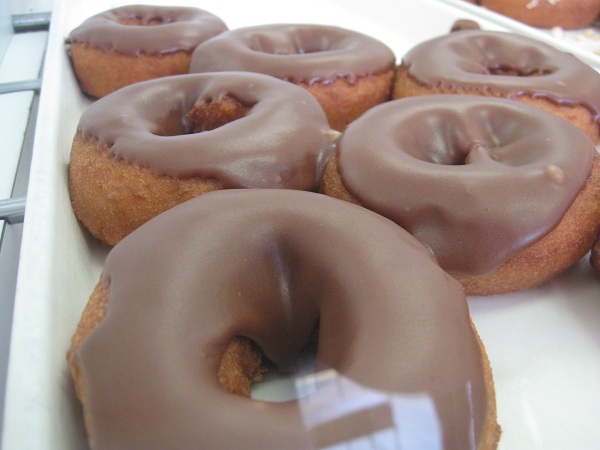 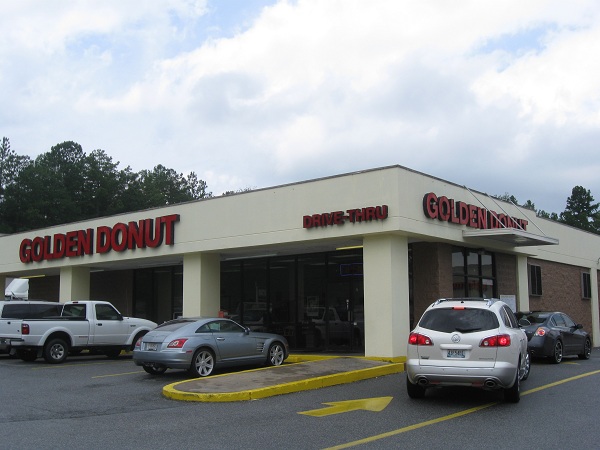 I had previously stopped to photograph the Goldens’ Foundry, and not many minutes later, I found myself stopping at the similarly-named Golden Donuts. I figured, rightly, that these would make fine little snacks to munch on the way home. The business looks like it’s been there forever, a long-lost twin of Kentucky’s Great American Donut Shop, but one of the friendly ladies working there told me that she believed that it opened in the mid-1980s. The place completely fooled me. Everything about it just screams “early 1960s.”

The doughnuts, and a bottle of Vanilla Quik, lasted me all the way back to I-85. I took GA-219 back to the point where I had originally hopped off, at I-185 exit 30, and I took the interstate north from there. I passed another barbecue place along the way. Satisfied with doughnuts, I avoided the temptation to stop. Next time.

3 thoughts on “Barbecue and Doughnuts in Columbus GA”