So, if we were to put together a chart of Atlanta restaurants that I was long overdue for sampling, Hugh Acheson’s Empire State South must surely be near the top of the list. It has been open for about two years, and just about everybody else that I read has paid them a visit already, and, despite liking Acheson’s food on the considerable strength of Five & Ten in Athens, I just hadn’t found the right opportunity to swing by. So a few Thursdays back, when the New Orleans Saints were in town for a game, I decided that I was overdue and then made my way by for lunch.

The restaurant is in a great location at Peachtree and 10th, across from the Margaret Mitchell House. There is ample parking in a pay lot behind it, the entrance on Juniper, and the restaurant, happily, validates. It opened in the summer of 2010, and while Acheson brings most of the press, Empire State South is truly a collaboration between himself and executive chef Ryan Smith, who has previously worked at Holeman & Finch, Bacchanalia, and Canoe. Like Five & Ten, it’s another chance to show off Acheson’s fun take on modern Southern cooking. 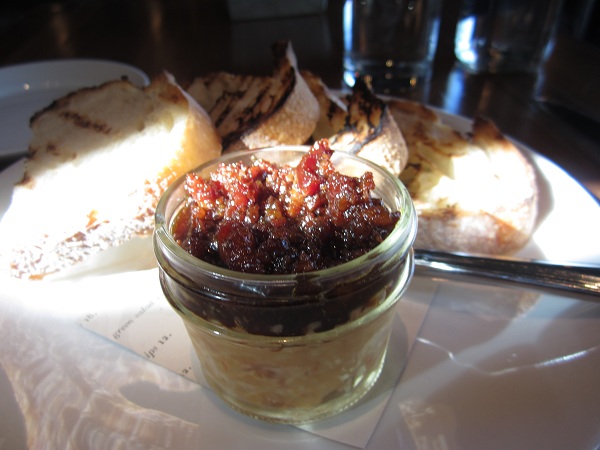 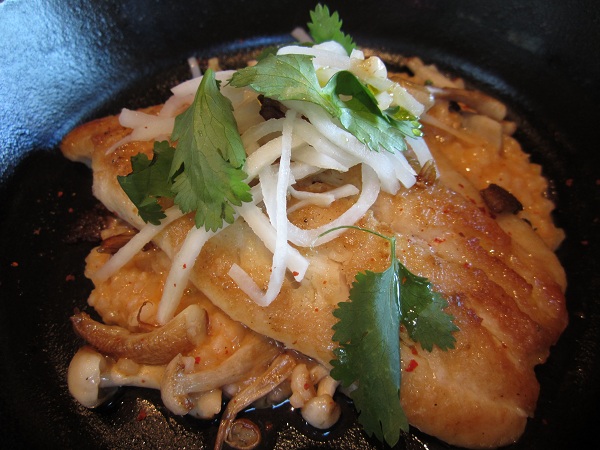 I was expecting great things from the food here and I was rewarded. I couldn’t resist starting with a really neat appetizer of pimento cheese and bacon marmalade served in a little glass jar with chewy, crusty bread. Frankly, this is so darn good that I might just have two orders of this the next time the road brings me here, or at least order it as a side for my entree.

I also had the catfish, served over rice grits with little affectations of mushrooms and mustard greens. It was so good, and I could have happily spent another hour with the restaurant at this quiet point during the day reading and nibbling on this excellent food. 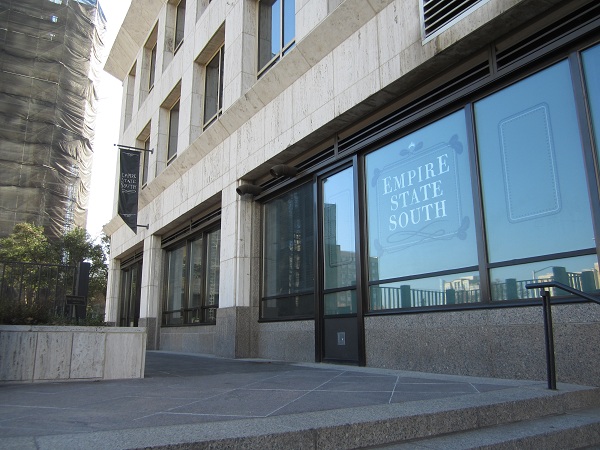 On the way out, I had a wonderful moment that overshadowed both the good food and the service. There were a couple of Saints fans at the bar all dressed out in their black-and-gold finest. I asked whether they’d come to town for the game, and they said they were from Pascagoula. I engaged them in some good-natured trash-talking and was rewarded with some grins and jawing and “come on”s like they were my oldest friends. I wished them well, even as I wished their team a tremendous loss, and began missing my dad a whole lot. He would have loved that. He’d probably have liked the food, too.