As I fumble and bumble my way through learning a little bit more here and there about different cuisines and the regions what concocted ’em, the road took me back over to Buford Highway to sample a little more Vietnamese cooking. Marie and I had intended for some time to dig back into this part of town and try some more pho parlors, but our weekends became backlogged, especially with out-of-town guests and preparations for her big, long bizness trip to Ohio. So even though we’ve established that Marie enjoys Korean, Vietnamese, and Chinese foods more than I do, I decided to make a solo outing to Buford Highway and see what I could find, and maybe see whether my preconceived notions could be foiled.

One thing that I really do like about pho parlors is that many of them open for lunch at incredibly convenient hours like 9 am, if they’re not actually open 24 hours already. Two days a week, I work a weird, early, short shift downtown and, unwilling to spend the time and gas driving up and down I-75 home and back, I often find myself at a loose end or four waiting for someplace to open. Restaurants that don’t open for lunch until 11.30 really do get my goat. I showed up at Pho Dai Loi, which is just south of Dresden Drive, a few minutes before 10 and a good third of the tables were already taken.

Now, since I was going into unfamiliar culinary territory, I did a little bit of research ahead of time, and cribbed from my fellow hobbyists about what to order. Three years back, Sean from Take Thou Food (12/7/13: link dead) dined out here with Chloe from Chow Down Atlanta and everybody’s favorite loveable curmudgeon the Foodie Buddha. Sean and Chloe both raved about the beef stew, and gave thumbs up to their tightly-wrapped spring rolls. I have not had the pleasure of meeting either of these writers yet, but I respect their opinions and figure that they know what they’re talking about. So! Spring rolls and beef stew it would be! 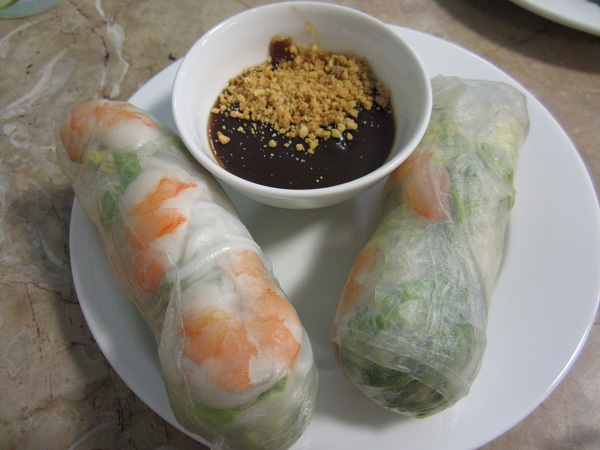 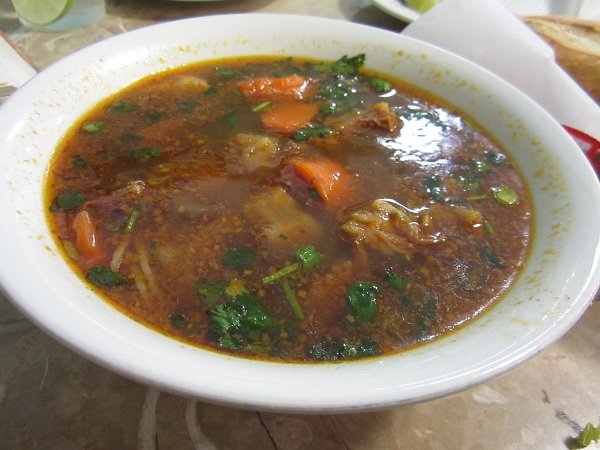 Well… there were elements of the meal that I enjoyed, and things that I didn’t. The spring rolls, for example, were served with a thick brown sauce, perhaps some kind of bean paste that honestly had me thinking there was chocolate in it. One touch of that was plenty. And the beef itself, offered in gigantic cubes, was tough and stringy. It made for a tasty broth, but I only ate a little of the meat.

Overall, despite these stumbles, this was a pretty good lunch. I would have enjoyed the spring rolls more with a lighter and milder dipping sauce, but they were still pretty tasty and well-made without any, and even though I left most of the beef alone, the stew was very rich and densely flavorful. They give guests some crusty French bread to tear up and sop up the thick stew, and I found myself selfishly peeved that there was only one loaf and I had to make do with a spoon for most of it. I left fairly pleased, but I also left, not for the first time, thinking that the company of an expert and some more dishes to pass around and share would have made for an even better experience. I also left quite certain that Marie would have enjoyed this meal more than I did! 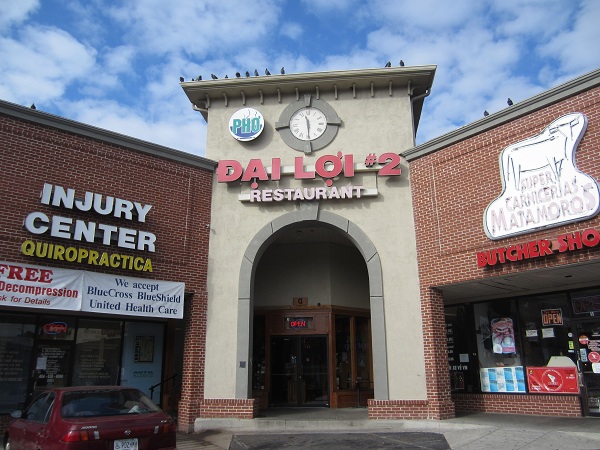 I’d like to think that we’re doing a decent-ish job exploring Buford Highway – if you’re new to our blog, please check the tag up at the top of this entry for more reports from this artery – although we still have a lot to learn and a lot to try. Unfortunately for readers curious to see what will be next from this part of town, there will be a considerable gap before the next entry in this learning experience. Once we return from our road trip to Ohio, we’ll have a few days of catch-up for Atlanta-area restaurants, and then the Ohio trip may generate between ten and fifteen chapters’ worth of stories. We have so much eating and so much writing to do!