The southern portions of Buford Highway have been covered very well lately by lots of bloggers, and so since we were coming south down I-85 from Gainesville, I thought we would try our luck and stop by a place in the northern suburbs. Marie, who had only sampled a couple of tastes at Rick’s Smokin’ Pig, said that she was in the mood for Chinese, and so we got off the interstate at exit 108, GA-120, and took that over to Duluth. We then drove south on Buford Highway until Marie saw a place that looked interesting to her.

True, we often over-research and over-plan our trips, but not today! 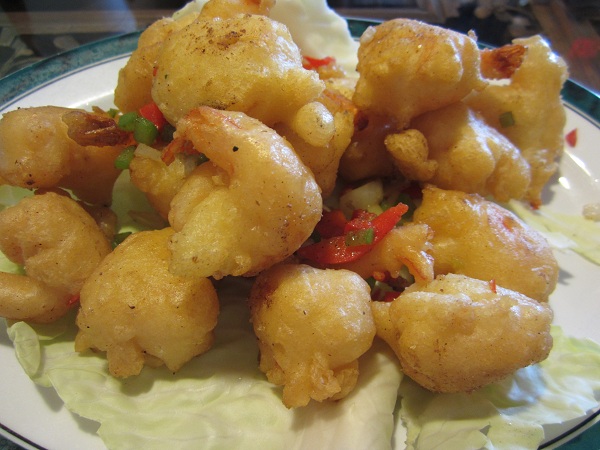 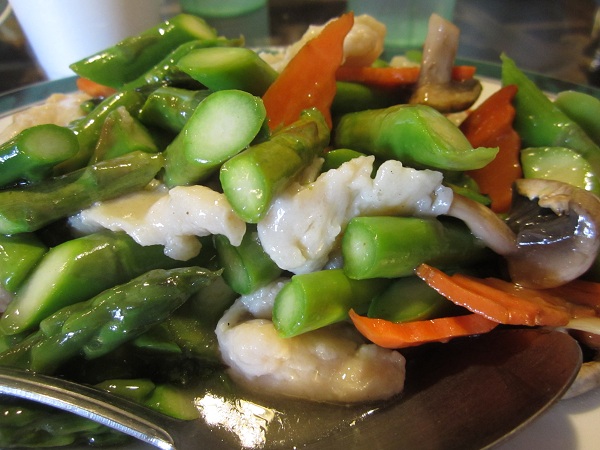 Tai Pei originally opened in 2006. They’ve already had at least one ownership change, and the new management quickly walked back their plans to offer delivery. You know that same carry-out menu that you get at every single suburban Golden-This Happy-That Americanized Chinese place? This one has the “We Deliver” notice crossed out with Sharpie.

We arrived ten minutes too late to take advantage of the lunch specials, so to save money, we just split two entrees and I let Marie and the girlchild order what they wanted. Marie picked salt and pepper shrimp and our daughter went with asparagus chicken. Both were certainly above average for what you get at the sort of trashy strip mall Chinese that we occasionally bring home without giving thought to writing the place up for the blog. The food just tasted like somebody in the kitchen was paying individual attention to us, and while I do not believe that the asparagus was farmers market fresh, it did taste good. 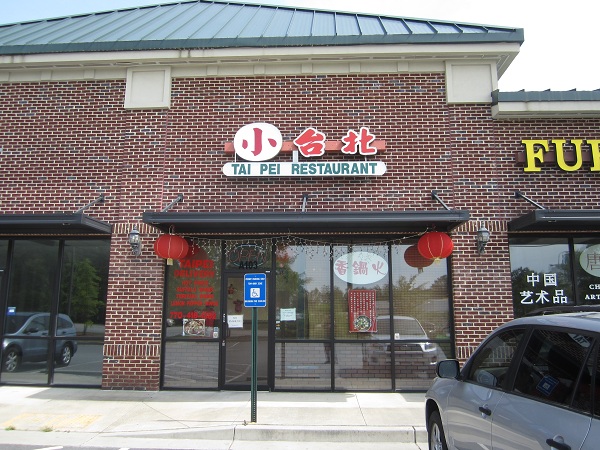 Unfortunately, after spending the afternoon being awesome and patient, the baby was in no mood at all to continue hanging out in restaurants. I just got a few nibbles of the ladies’ food while letting the toddler run around the very nearly vacant strip mall outside. It was really odd. Only about half of the spaces were occupied, and the others were businesses that weren’t open, even the ones like little retail outlets that you’d think would be open on Saturdays. On the corner, there was a big prime space that looked… well, I don’t know what it was. There were lots of posters on the windows for various calling cards with low rates to Honduras and to Costa Rica, and handbills for a forthcoming bare-knuckled cage fight. In the windowed corner, there were several comfy chairs and recliners, and a small selection of convenience store groceries around a counter. The sign said that they were open, but nobody looked to be inside and the door was locked. The toddler proceeded to tug on the locked door, because toddlers do that, creating just enough noise for a young girl to emerge from the back. The baby got bored and started to walk away as the girl opened the door and asked, baffled, whether we wanted to come in. I told her no, that I just have a nosy son.

All of the vacant spaces in this strip mall had a poster from the company that owns the building promising huge new things and great retail opportunities for new tenants. From what I saw, the ones already here have no idea how to manage the retail opportunities in front of them, or maybe business in this part of Duluth is just plain dead after three on a Saturday.