The good people at Blue Bell invited some local media to come out to Hal’s Kitchen in Brookhaven to enjoy a nice lunch and to talk about the rollout of their summer lineup of new flavors. Blue Bell, based in Brenham, Texas, recently expanded into Richmond, Virginia, and into Wilmington, North Carolina. Amazingly, this company only has a presence in fewer than half the states, but it is ranked third in sales volume nationwide. That seems to be because it inspires great brand loyalty in its customers. It is what we bring home from the grocery store, after all.

Apart from its regular lineup of flavors that are available year-round – about twenty of them – Blue Bell has a much deeper series of flavors that are only available for three months at a time. This summer, they’ve launched a brand new taste called Italian Cream Cake. It’s been available in stores for about three weeks now and I was really pleased with it. It’s a vanilla ice cream with chunks of cream cake, shredded coconut, chopped pecans, and a swirl of cream cheese icing. Coconut is far from my favorite flavor, but this was just mild enough that it did not overpower the other tastes.

For people like Marie who find even a little coconut too much, they’ve also brought back their Key Lime Pie for the summer. This one we both agreed was wonderful. It’s a blend of lime ice cream with graham cracker crust and a whipped topping swirl. We put a half-gallon of that in the freezer before the weekend was out. 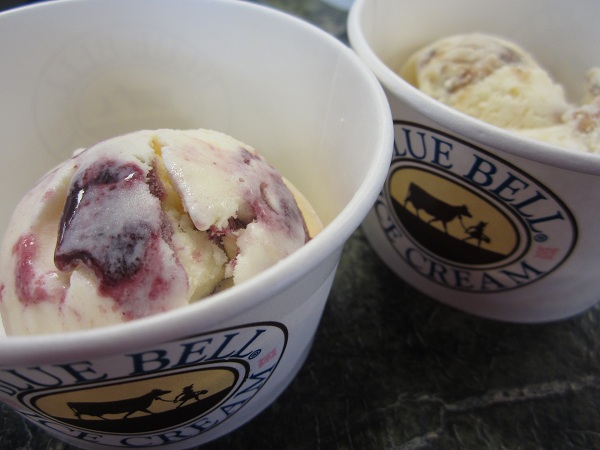 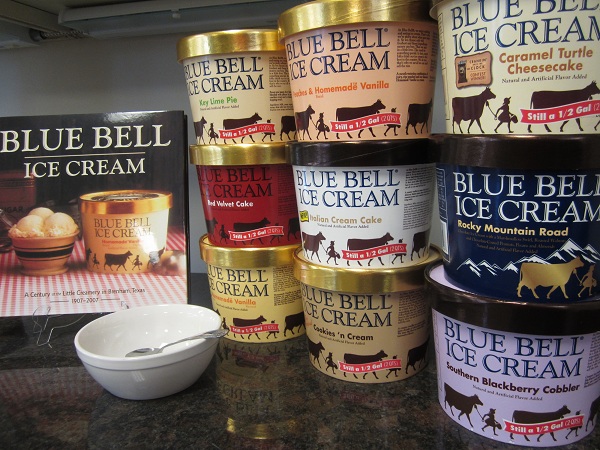 As for the other flavors, Caramel Turtle Cheesecake was returned to stores after an absence of three years. Blue Bell held a contest called “Crankin’ Back the Clock” earlier this year – our Facebook readers got the heads-up on that – in which customers were asked to revive one of the flavors that had been retired. This one’s a whole big, wonderful mess of complementing flavors: cheesecake-flavored ice cream along with pieces of cheesecake, pecans, chocolate-covered caramel turtles, cookie crust, and a swirl of caramel.

For more details about what’s currently available from Blue Bell, you can visit their website. Tell ’em we sent you for the good stuff!