Several months ago, Todd at A Hamburger Today (linked below) wrote another of his indispensable reports about an Atlanta-regional burger that I needed to try. As you’re no doubt tired of reading, it then sat on my to-do list for the better part of forever until Lee at Roots in Alpharetta mentioned it in passing recently. Scratch Fresh is located in a strip mall just north of Windward Parkway on GA-9, in a space that, when I worked in this community five or six years back, was home to a Jersey Mike’s Subs. Now it’s home to a family-owned business that packs ’em in every morning for biscuits and, at lunch time, serves up one of the best burger options in the area.

Scratch Fresh has always operated in the shadow of Five Guys. That chain’s first Atlanta location is a short walk away, and while burger joints have come and gone on the highly competitive western stretch of Windward – K Cafe, Taxi’s, and the unbelievably good Red Hen all failed here while others like Smashburger seem to be doing well – the last few weeks have seen new and big crowds for the second Atlanta location of a Florida chain called BurgerFi. There may be too many burger options for this corridor, and, if so, then something in this area’s got to give. Lee hoped that it wouldn’t be Scratch Fresh. I figured I needed to swing by, if ever I was to get the chance. 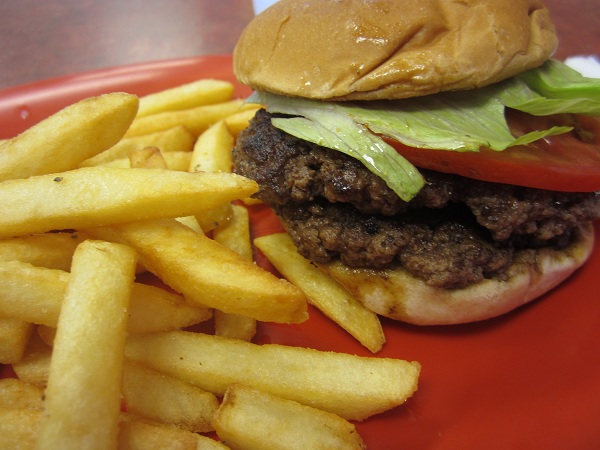 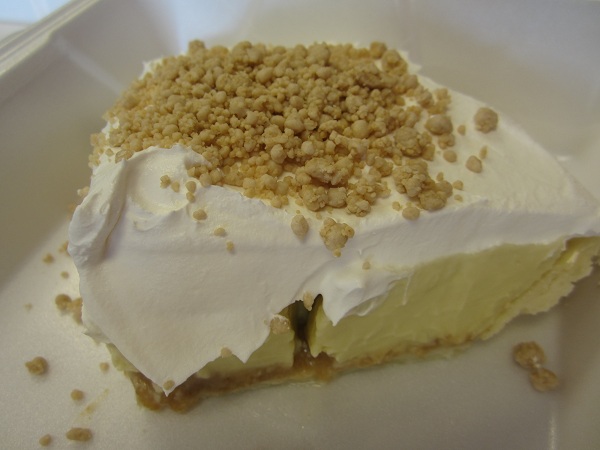 Todd wrote that he enjoyed his meal here so much that I decided to replicate it. I had a double-patty burger, fries, a milkshake, and dessert. Well, I didn’t replicate it precisely; Todd seems to like onions a lot more than anybody else does, and I’m good with lettuce, tomato and a little mayonnaise. But I also was intrigued by the mysterious “burger sauce” that he mentioned, and wanted to try that, which is why I went ahead with the frozen fries.

The fries were the only disappointment of the meal. I read that they were frozen, and I knew that they would disappoint, but Todd was so enraptured by using this “burger sauce” as a fry dip that I wanted to try it. One lip-smacking taste of the black, salty stuff, and I was instantly teleported across time and space. I’ve had this before, or a really close cousin of it. This is a local version of the sauce from Milo’s Hamburgers. Think of dark, salty steak sauce and you’ve got a good idea.

The burger is made on a flattop, and comes a little more done than I prefer it, but it’s a very good burger for the price point, and probably on the same high quality rung as Cheeseburger Bobby’s. They have quite a few more toppings than Bobby’s, and a longer list of milkshake flavors. It’s a real shame about the fries, though.

The real star, however, was not the burger at all, but the pie. They don’t serve this peanut butter pie by the slice. The thinnest that they’ll sell you is a quarter-pie for just under five dollars. Oh, this just about did me in. It was so amazingly good. I spent a bit more than I had planned – about $17 for everything – but I left full and I left happy. 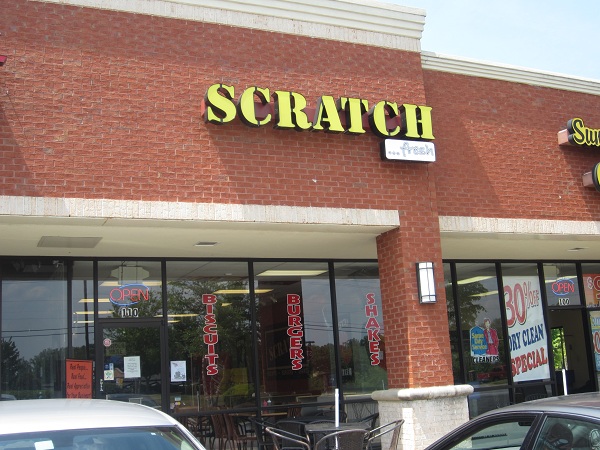 I also left with a suspicion confirmed. I got to say hello to the owner, Kelley Hughes, as I was getting ready to leave. I said that I enjoyed the “burger sauce” and asked her whether she’d ever been to a Milo’s around Birmingham. “I grew up in Birmingham,” she replied. Well, of course.

Other blog posts about this restaurant: