Urbanspoon sent us north up US-41 for dessert one Friday last month. The baby had been sick for a couple of days, and since he was finally feeling good enough to go back to school, Marie and I got out of the house for some grown-up time. Since frozen custard is still somewhat uncommon in the south (Sheridan’s, one of the few custard chains to try a foothold in Georgia, closed their lone store in Tucker last year), I was curious to try this place. It’s in the “Make Way for the Wal-Mart” sprawl north of Kennesaw and slightly south of Acworth, and it’s an incredibly surprising and fun little treat.

Doug and Susan Williams opened Loribell’s in September of 2010. It’s named in tribute to Susan’s mother and, at first glance, it looks like a frozen yogurt place, with eight soft-serve pumps, syrups and a topping bar. But this leaves any frozen yogurt stand you’ve ever visited completely in the dust just on flavors alone. Doug is constantly experimenting in the kitchen with various recipes and concoctions and has a menu list of 130 flavors. There are eight available at any time. The “Nothin’ But,” or plain custard, is always available, as is one of several non-dairy sorbets. As for the other six, two or three of them are rotated in and out every Monday and Friday. They are all good, and some of them are quite wonderfully weird and original. Doug has taken this midwestern staple – he gets his custard from a supplier in Missouri – and given it a completely unique spin that should be celebrated. 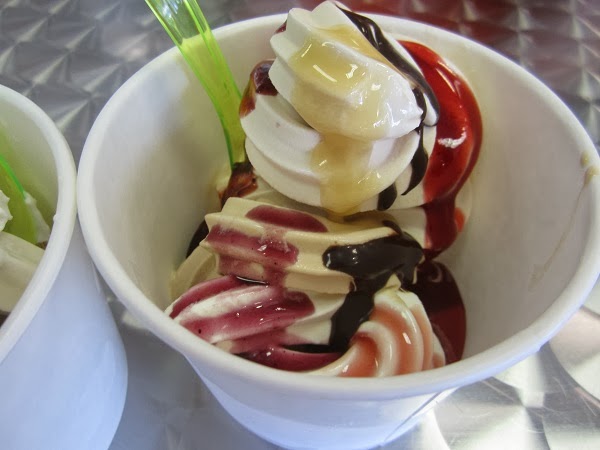 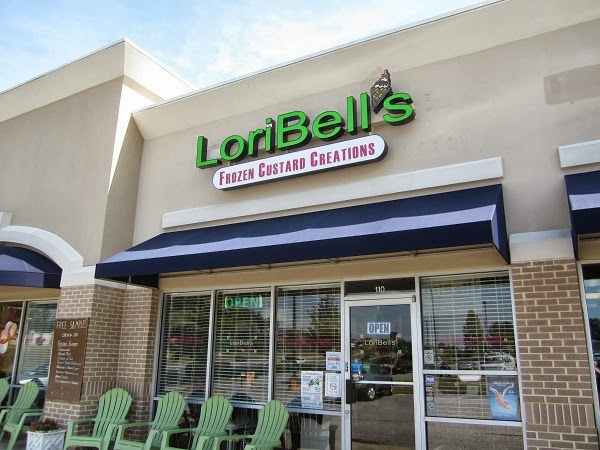 When we visited, some of the flavors included Creme of Joe, which is a blend of coffee and creme brulee, and Pancakes and Maple Syrup, which, I promise, was wonderful and much better than it sounds. I was all set to have a small cup of that, but I enjoyed the sample of the terrific Toasted Marshmallow even more, and settled on that with a little hot fudge, whipped cream, and white chocolate chips. Marie mixed Toasted Marshmallow with Chocolate – very mild and with a gentle malted flavor – and gave them several fruit toppings.

We did note that the custard, while wonderful and superior to froyo in every way, felt somewhat heavier than yogurt, so if you’re used to a certain amount of soft-serve yogurt in your cup, you’d do well to scale it back just a little. When we told the girlchild about our after-lunch treat, and her eyes lit up like stars, I knew that one of her patented gigantic froyo concoctions would be impossible to both duplicate and finish here. That’s probably how it should be; quality trumps quantity in our book.

If you check our map (linked below), you’ll see that Loribell’s is a little out of the way for most of our Atlanta-area readers, but if you feel like a trip to sample, say, Henry’s Louisiana Grill or Ziegler’s BBQ, then it’s not too far a hop from either for a good dessert. If you time it right, you might find me there, trying out a “Nothin’ But” milkshake with A&W Root Beer syrup. Doesn’t that sound amazing?