One evening last month, while the girlchild was busy with football and friends, Marie and I took a badly overstimulated baby over to Austell to strike another Atlanta-area barbecue joint off our to-do list. The little fellow fell asleep in the car, exhausted after an afternoon spent refusing to nap, and so he missed all the deterioration and sprawl of the southern part of the county. After crossing the East-West Connector, Austell Road takes drivers through some really ugly dilapidation. I’ve always had a soft spot for South Cobb High School because I like the way their stadium is backed right up to and above the street, but all this blight around it and Clay Road is unfortunate.

Mr. D’s Barbecue is in a former TCBY building set in front of a dying strip mall. Lovers of fast food architecture might get a kick out of Mr. D’s building. The owners, Don and Miriam Lawrence, have not done much in the way of physically changing the property except for adding some colorful lights along the patio, so the older TCBY look (as seen in this 2007 photo) is still evident.

As you might expect from a barbecue place in this part of suburbia, not very many other Atlanta hobbyists have stopped by to document this restaurant. Burgers, Barbecue and Everything Else made it by earlier in the summer after a hilarious detour away from another Austell barbecue joint. Our fingers were crossed for a meal as decent as the one that he enjoyed. 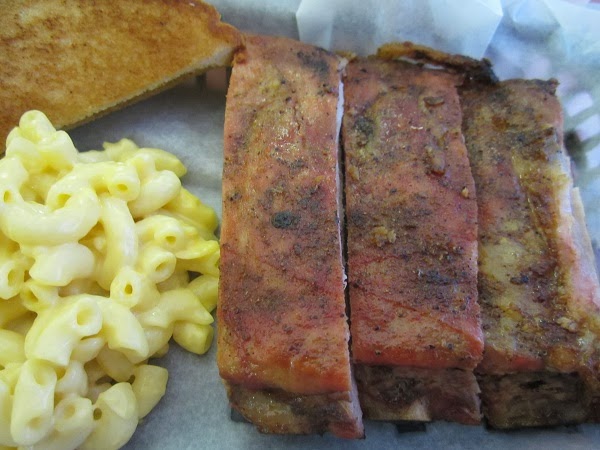 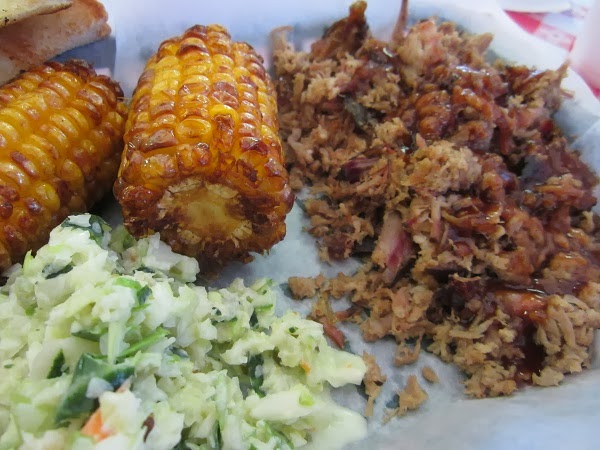 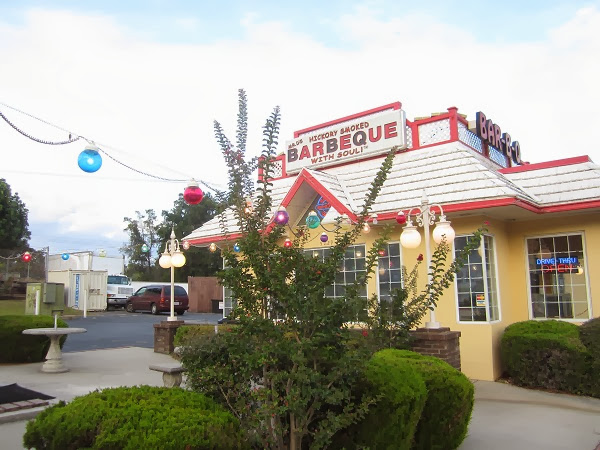 Well, there was some good and some bad. Marie and I ordered a chopped pork plate and a rib plate with a total of four sides and split everything. I ordered the ribs dry, and after seeing some subsequent comments about how they oversauce them here, I’m glad that I did. On the other hand, the ribs really needed sauce, because they were really quite tasteless and completely forgettable.

Happily, the chopped pork was a much better treat. It was very smoky and packed in all the flavor that the ribs lacked. I’m starting to recognize this taste as something that I’m calling classic Atlanta barbecue. There’s a particular dry and smoke-packed taste that’s common to certain restaurants in the area, like Old Hickory House at its peak in the early 1980s, Williamson Brothers, and J.D.’s BBQ up in Acworth and Woodstock. Mr. D’s does a perfect job with this, and deserves to be considered in their company. A little more attention to the sides would really make this meat shine. The fries and the mac and cheese were delivery truck junk, but the fried corn on the cob was quite delicious and went really well with the pork.