For the past eleven years, Wyatt’s has defined the word “ramshackle.” This colorful shack looked like it was about to fall down when the restaurant opened in 2002, but it houses some wonderful and friendly people and some very good, and very interesting, barbecue. It’s on Memorial Drive, about three miles east of the better-known Daddy D’z, and near Ann’s Snack Bar.

Since the closure of Anderson’s Old Fashioned about six years ago, Wyatt’s is probably the best-known of a small handful of southern inner-city barbecue places that caters to a predominantly African-American clientele with both barbecue and meat-and-three plates. This is where the old-timers go to get oxtails and pig’s ear sandwiches. The barbecue pork here is similar to what Anderson’s served, as well as Chandler’s Deli in Knoxville. After it is smoked, the barbecue is boiled in a steam tray in a very thin and heavily seasoned – well, call it a gravy – and given a last blast of heat from a microwave oven before it’s handed to guests. The microwave trick was also a hallmark of Carrithers in Athens once upon a time. 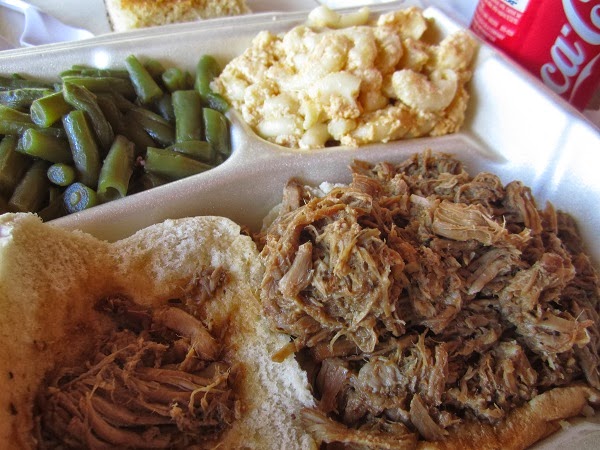 While I was curious about a few things on the menu, I find it easiest to make comparisons between barbecue joints based on how they do chopped or pulled pork, so I stuck with that, along with some pretty good green beans and some downright phenomenal mac-n-cheese which is as good or better than anybody else’s in Atlanta.

As for the pork, the reason I went with “gravy” above is that, even served dry, the barbecue has a very similar consistency and texture to my mother’s pot roast, which she makes in a crock pot, simmering in gravy for hours. The flavor of the meat was of course different, but otherwise it was very reminiscent of my mom’s home cooking, and not traditional Georgia barbecue at all. I asked for the meat dry, intending to add the sauce, but of course the gravy kept it quite moist. In the most curious discovery of this October lunch, I found that the barbecue sauce – a thick, brown, tomato-based and Kansas City-style sweet sauce – did not complement the flavor of the meat so much as change it entirely. I enjoyed it a good deal and was glad to try something so different, but I was pleasantly surprised to find that alternating bites of the pork alone and the pork dipped in sauce tasted like two separate orders of barbecue from two entirely different restaurants. 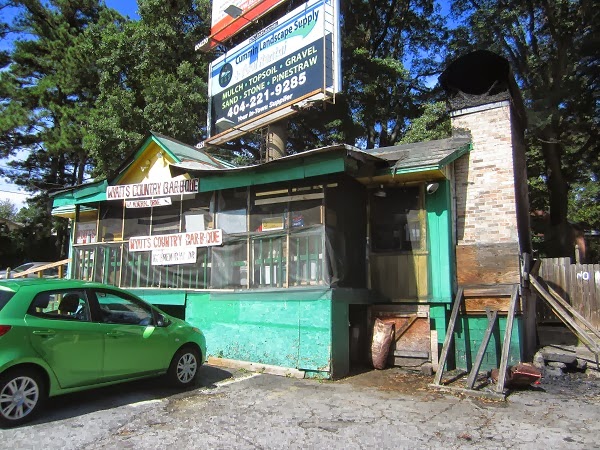 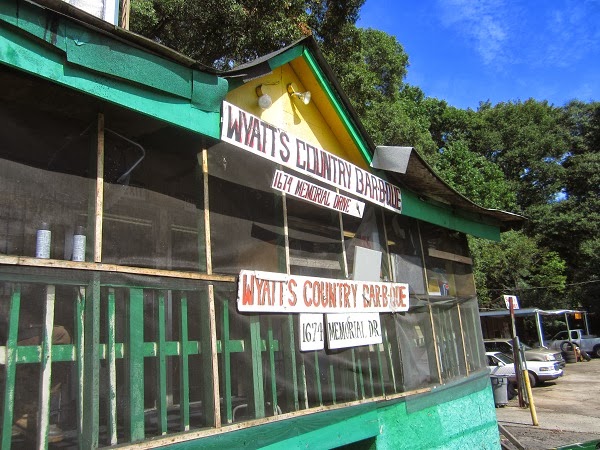 As my hours at work, and my duties, have changed again, I now work a much more traditional schedule, only having one day – Friday – to leave at lunchtime and explore a little. This particular commute home was a little longer than planned. After I finished, and returned from the separate dining room back to the main building – the driveway for a tire shop separates the two buildings – to pick up some banana pudding for later, I got back on I-20 to head home, only to run into a really horrible traffic jam. An accident on the connector northbound had the right lanes of I-20 backed up as well. I rather impressed myself, finding my way home instead along streets that I’ve never seen before back to Marietta Street, and from there to Howell Mill and home. It’s not accurate to say that I know Atlanta like the back of my hand – I’d have known about this amazing mac-n-cheese if I did – but every once in a while, I’m pleased with how well I can find my way around this city.

Other blog posts about Wyatt’s: