Back in late October, our friend Malika, who writes Atlanta Restaurant Blog, dropped us a line. She met Ron Wolf, the owner of That Pie Place in Sandy Springs, at a food service industry event and got to sample some of his pies. She was really impressed and worked with him on putting together a blogger dinner at his place to try some of his pies.

Marie had already been blown away by this restaurant. She very rarely goes out for lunch, but a coupon for a free meal led her out of her office one afternoon, and that was certainly a coupon well placed, as she’s been back at least three times since. She wrote a chapter about her trips back in September, but we’re always happy to consider giving a place a second writeup if we have something new to say. So we joined the big crowd that Malika assembled (including Atlanta Events, Atlanta on the Cheap, Devika Rao, RestaurantsATL, and Spatialdrift) and met both Wolf and his executive chef Todd Kazenske to sample some of their creations. 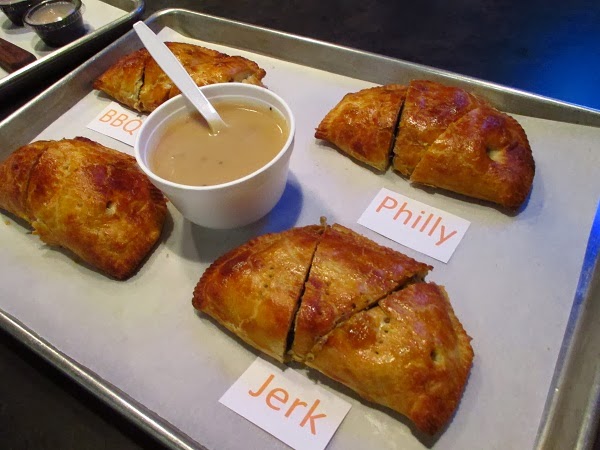 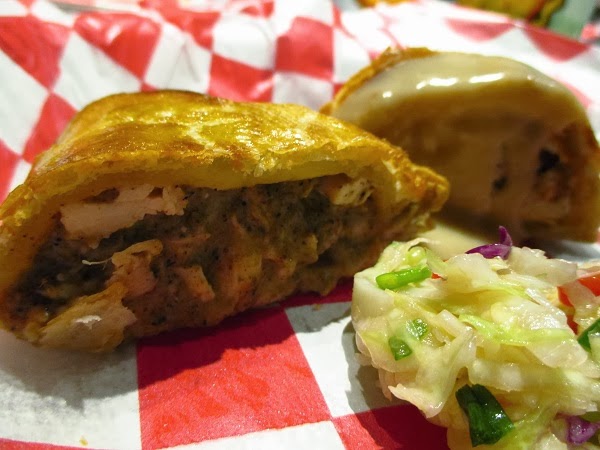 Mr. Wolf believes that there was a gap in the marketplace, because, with the exception of the chicken pot pie, Americans have never really embraced savory pies. But these are very common throughout the rest of the world, and people from other countries are often looking for the mix of flavors between the filling and a properly baked, flaky crust that they know from home. That’s one way that the Australian Bakery Café in Marietta has done so well, by giving homesick Aussies a taste of Sydney meat pies with ground beef and gravy. With thirteen set pies on the menu, along with seasonal specials and build-your-own options, Wolf and Kazenske can create all sorts of flavors from around the world and they’ve been getting rave reviews since they opened in March. 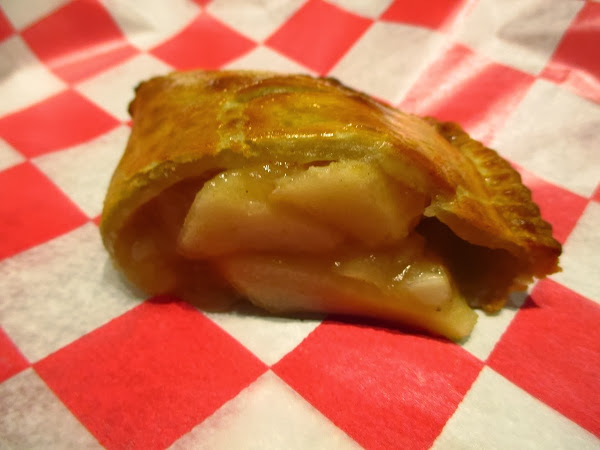 I was very happy to sample what I’d been missing. While I have to say that I was not really taken with the Thanksgiving turkey pie, everything else that I tried ranged from very good to downright terrific. Their most popular pie, to Wolf’s pleasant surprise, has been the buffalo chicken. I liked that and the jerk chicken a lot. The Philly cheese was a little nontraditional and fun, and not at all bad. Best of all was the Cuban pie, which was every bit as good if not better than the best Cuban sandwiches that I’ve had at good Atlanta restaurants like Havana and Presto.

The sweet desserts were every bit as amazing, even if some of the group, stuffed with the savory offerings, had to force themselves to sample anything more. Best of all was the apple pie, made with apples from the good people at Mercier Orchards in Blue Ridge, but the peach was also really good, and, heaven help me, I found room for the s’mores pie, oozing with hot fudge and marshmallow.

Wolf has been in the hospitality industry for decades. He was once the corporate director of Food and Beverage Training for Holiday Inn Worldwide and, until leaving the position in 2012 to work on this concept, the CEO of the Georgia Restaurant Association. He’s definitely onto a strong concept and one that tastes terrific. He has no immediate plans that he could share to expand That Pie Place, but it certainly looks like it’s ready to launch into more locations sooner rather than later. I would not be at all surprised to see this restaurant grow, and grow big, in 2014-15. I say that you should check ’em out before they get gigantic.

Would you believe that this is the 850th chapter on our blog? Wonder what we have planned for the next 850? Stick around, there’s more to come!

Other blog posts about That Pie Place: