Last month, Marie and I enjoyed that rarest of treats: a date night. The kids were being watched and we had time to stretch our legs and enjoy each other’s company without worrying about our respective Baby Alarms going off. The weather outside was pretty awful, blustery and cold with just enough rain to make driving a small aggravation, but by the time we made it to Timone’s Local Pizza Joint in the Morningside neighborhood, it dried up a bit.

I had set Timone’s aside as a date night possibility because of some reviews that I read that complained – unfairly, it turned out – that the place, which Ron Eyester opened in the summer, was not very family-friendly. Hogwash. I can only conclude that the writers of such bilge were expecting claw machines, skee ball, and dollar pepperoni slices. There were, in fact, at least three families with little ones here, and everybody was having a fine time enjoying some very good pizza.

Eyester’s notion here is to provide New York “inspired” pies. To this end, he’s installed a filtration system that replicates the particular weight of the water in Brooklyn, where his wife’s family is from. This is used with a blend of two flours (Anson Mills organic heirloom and King Arthur / Sir Lancelt high-gluten, unbleached), sea salt, and a little bit of honey for a simply excellent pizza dough. This is one of the best crusts of any pizza in Atlanta. True, some of the pies on the menu don’t really sound like what we associate with the New York stereotype, with ingredients like kale, chicken confit, or turnips, but if they’re all as good as what we sampled, then this is one excellent restaurant, and one worth exploring in more detail. 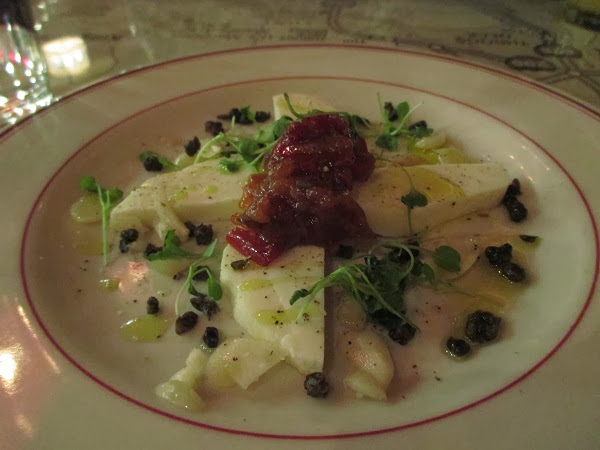 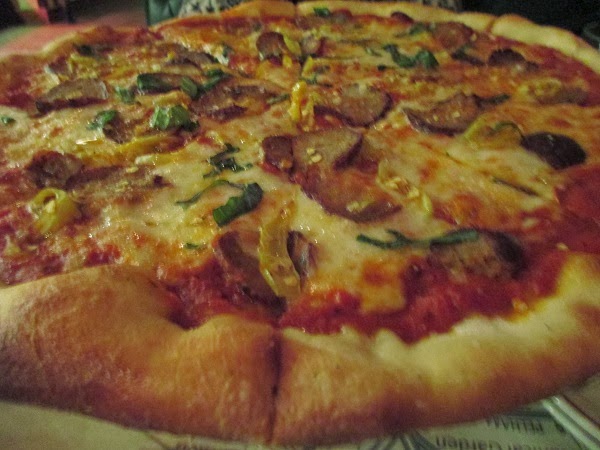 Timone’s has a long list of starters to choose from, and we went with the housemade mozzarella. It’s served with a sweet pepper jelly and capers and we both really enjoyed it. It is a little firmer than the very creamy mozzarella that we’ve enjoyed at Vingenzo’s, but every bit as good, and I just loved the pepper jelly. I’d like to take home a big jar of that.

After some debate, we went with the meatball pie. These are sixteen inches, with eight slices, so best for either three guests, or two on a date night with leftovers for lunch. The pie starts with red sauce and chili oil and adds banana peppers, basil, and meatballs from Riverview Farms. We really enjoyed it, and the sweet and salty crust was so good that I didn’t leave a crumb behind. But while the pizza was very good, it was the drinks that pleased us the most. 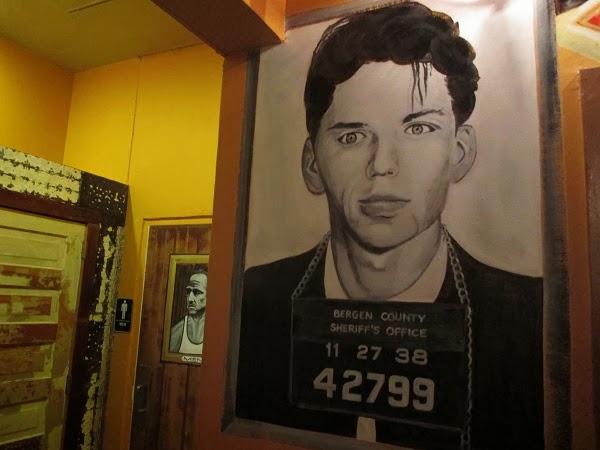 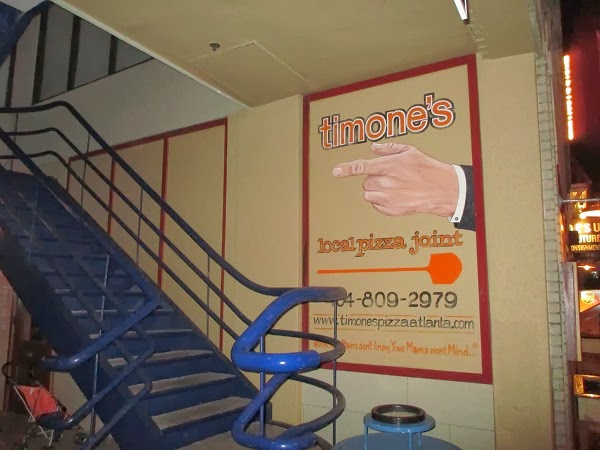 Timone’s features what might be the very best soda fountain in Atlanta. They don’t use any pre-mixed syrups here; everything is hand-crafted from natural ingredients, much like our friends at Pure Sodaworks in Chattanooga. In fact, Timone’s root beer is quite similar to Pure’s. It’s very old-fashioned in the real sense of the word. As much as we enjoy root beers, especially the ones from craft beer producers like Sprecher’s or The Terminal Brewhouse, sometime about eighty years ago, mass-produced root beer took on a darker hue and that original, lighter concoction, with sassafras and vanilla, fell out of favor. I never have developed a taste for Pure’s root beer – it is the only one of their selections that I do not love – but Timone’s is magical.

Eyester was good enough to bring a small sample of their root beer by our table after he stopped to check on us, and we raved about the sodas that we had selected. They try to have six at any given time, and we had picked the orange soda, and the somewhat similar Mandarin Cream. While the two had some familiarities, the orange had a much stronger citrus flavor, not unlike an Orangina, and the cream soda was mainly a strong vanilla with subtle orange punctuation. These were simply excellent drinks. They serve Cokes here as well. Don’t order those over what they’re mixing at the fountain. Seriously.

I’d really like to visit Timone’s again with several friends. A group of six could sample two pies and each of their sodas. Maybe you, reading this, should rustle up five friends and get there ahead of us.

Other blog posts about Timone’s: