For the second stop on our Eastern Suburban BBQ Tour, the kids and I drove further out I-20 to what Urbanspoon defines as the extreme outer edge of the Atlanta region. A little past Covington, exit 98 brings you to GA-11. Four miles north of the highway is Social Circle, the home of the celebrated Blue Willow Inn. Seven miles south of the highway is Mansfield, a very tiny town of about 400. Deer hunting is very big in this community on Saturdays. Just about everybody that we saw, either at the restaurant or at a small convenience grocery store on the town square – the only other place open for business on a Saturday in the immediate area – was dressed in wintertime camouflage.

Where There’s Smoke started, as many of these places do, with a family who enjoyed competition barbecue. They opened their first store here in 2009 as a Saturday-only business, and expanded it to three days a week. On Thursday evenings, they have live country and gospel music on a small stage in the front room. The impression that we got is that Mansfield is a really lovely little place, full of community spirit and family. 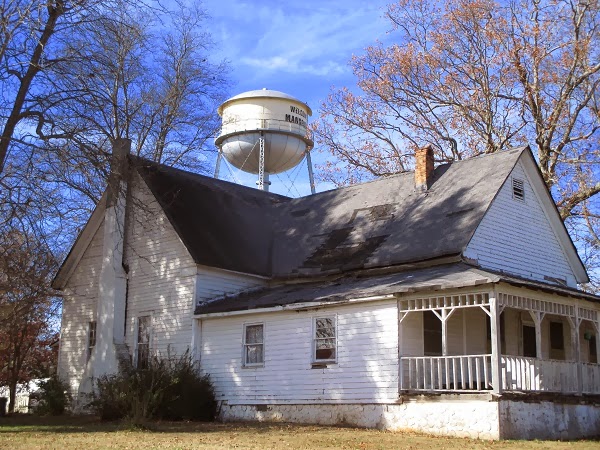 Business has been good enough for Where There’s Smoke to open a second location twenty miles north in Monroe, but I’m very glad that we visited the original store. I like Monroe a lot, but Mansfield is just so charming that I’m especially glad that we came here. Sometimes, really small towns just make me incredibly happy. And excellent Brunswick stew will do that to me, too. 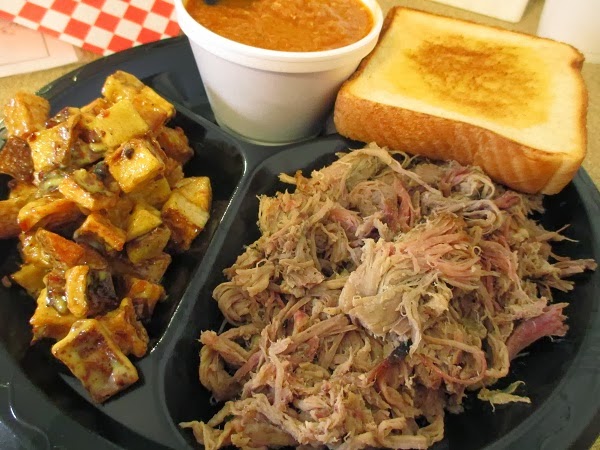 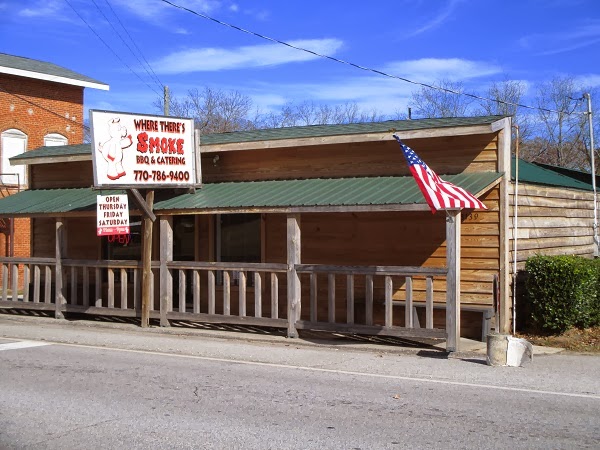 Actually, the main thing that I knew that I wanted to order here was the fried potato salad, because I’d never heard of such a thing. I’m glad that I did! It seems to be quite a simple idea, just small, flash-fried potatoes with crumbled bacon and a house-made honey mustard dressing, but it’s really tasty. The pulled pork was pretty good, and probably better than average. $9.25 for a plate with two sides is probably on the higher end for barbecue out in the country like this, but a fair price for the quality. It’s served dry with three sauces in squeeze bottles: a sweet dark brown, a more traditional Georgia red tomato-pepper-vinegar, and a South Carolina mustard sauce. The meat is smoked in a screened-in shack behind the restaurant, over hickory wood for at least ten hours.

But the smackdaddy winner at this table was the Brunswick stew. This is completely amazing. I would happily rank this among the ten best Brunswick stews I’ve ever had. It’s incredibly rich and very meaty, and seasoned just perfectly. No cheap extenders and no weird fillers here; this is traditional and wonderful and I would gladly enjoy another giant bowl of this anytime. We see lots of people recommending that travelers pull off at exit 98 to go eat at Blue Willow Inn. I’m going to start recommending that they drive the other direction on GA-11, because Blue Willow is good, but they don’t serve anything there as fabulous as this stew.

As for the children, well, I promised them each at least one order of banana pudding for the day, and that is what they asked for here. The toddler finished most of his. Both kids agreed that this was some mighty fine banana pudding, and my daughter said that she’d have barbecue again at the next stop. But the menu at the next stop gave her other ideas…