This is Marie, contributing a follow-up article (here’s the original) about the iconic Athens restaurant, Weaver D’s. It’s been in a rather precarious position the past year or so, even announcing, twice, a closure, but somehow Dexter has hung on. His store is an Athens landmark, so we’re crossing our fingers that he’ll stick around.

The three of us arrived just after opening time, from separate destinations. Grant had been doing some research at the UGA library while I entertained the toddler in the incredibly kid-friendly kid’s section of the Athens public library. He really didn’t want to leave, but brightened up at the sight of the green cinderblock building, which pulled him put of the grump he was in. “Stairs on the roof!” he crowed, pointing out the unusual architecture, and was instantly amused. We played in the grass by the bridge until Grant showed up, then I installed the boy in a seat while Grant took care of ordering. The interior is mainly occupied by two long tables that can be shared by whoever comes, though the sides have smaller tables more suitable for couples than our threesome.

Dexter Weaver is still running the place from his tiny counter, although perhaps with a little less energy than he used to. A few more customers might pep him up. Grant is still regretting the number of years he spent not eating the mac-n-cheese, and someone needs to help him make up for that lack. 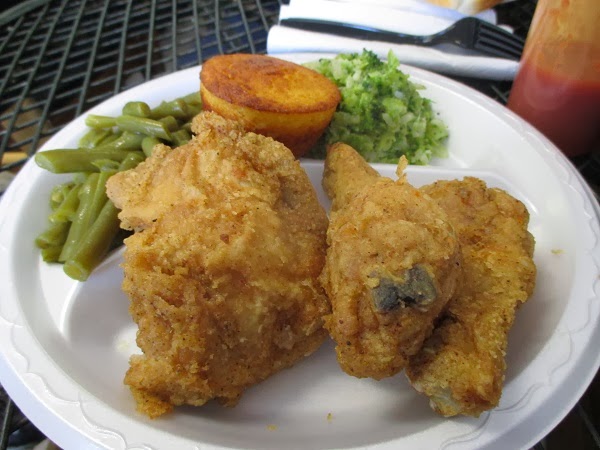 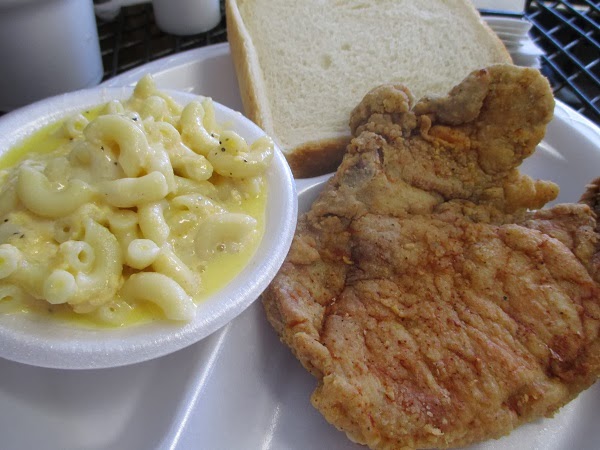 I took the chicken with green beans and broccoli casserole, and Grant got the porkchop sandwich with mac ‘n cheese. The toddler was entirely uninterested in any food whatsoever, as happens occasionally, but we chanced on a pair of fellow diners who seemed as interested in out-of-the-way barbecue places as Grant is. They exchanged a lively conversation about places they’d both been to, and discussed which places were still around and which were no longer with us, while I just ate my chicken and enjoyed the conversation.

The green beans were pretty good too, and among the few bites the boy ate, odd creature; he declined more than a single noodle of the mac ‘n cheese, though he did try a few small nibbles of chicken. The chicken has a pleasant, crisp skin that doesn’t overpower the meat, which is nice and moist. I was actually pretty glad that this was one of the Toddler Eats Air days, as I really did want that all to myself. The broccoli casserole is mostly broccoli, which gives it high marks in my book because I’m not a big fan of the type that tastes like it’s mostly flour and cheese. 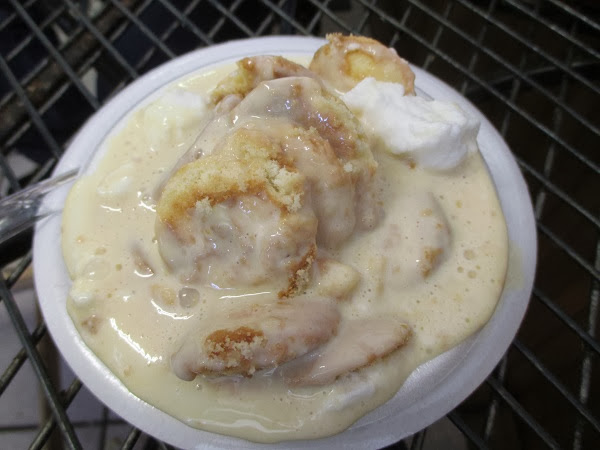 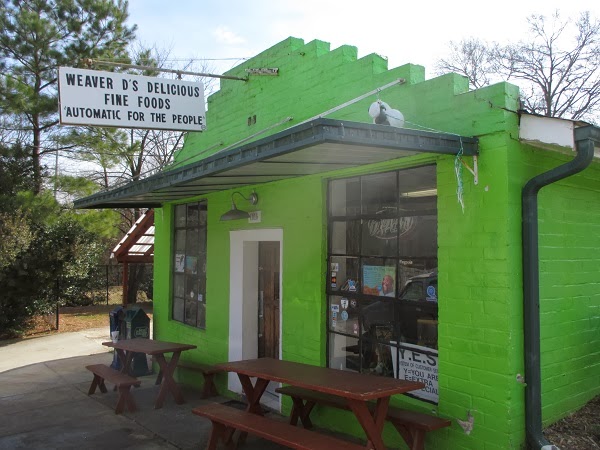 We closed out the meal with the hot banana pudding. I’d never had pudding served warm before and found it an interesting experience. I’m really more of a fan of cold pudding because I like the thick creamy texture, but warm bananas taste really good, so I’m glad we tried it.

Other blog posts about Weaver D’s*:

*note: Over the last two years, there have been dozens of blog posts spreading the news about Weaver D’s financial problems and near-closure. I tried to focus here on stories that included a visit to the place.