In a chapter that we posted about three weeks back, I mentioned that we had wanted to take the toddler to romp around in the great big play fort at Alpharetta’s Wills Park. We finally made our way there and he had a complete blast. Before and after the madness and running around, we visited two restaurants in north Fulton County that we had never visited before. First up, we went to the town of Milton and had some ‘cue at a place called ‘cue.

Despite hearing some great things about ‘cue, a big restaurant with a battalion of servers that takes up most of the center of a small strip shopping center, my heart sank when I read a feature framed on the wall by Jennifer the Blissful Glutton (linked below). It told me that ‘cue’s owner, Paul Doster, had previously been the executive chef at Swallow at the Hollow, whose barbecue we had not enjoyed at all. After digging into our very, very good meal, however, it would appear that the Swallow has been struggling in Doster’s absence. What he’s doing at ‘cue, which he opened in 2009, is completely terrific, and leads me to suspect that some people who still champion Swallow simply haven’t actually dined there since he left. With smiles and winks, we joked on the way to our lunch that it was unlikely to top the previous night’s meal at The Smoke Ring. Truthfully, it didn’t, but it was still really good in every way. 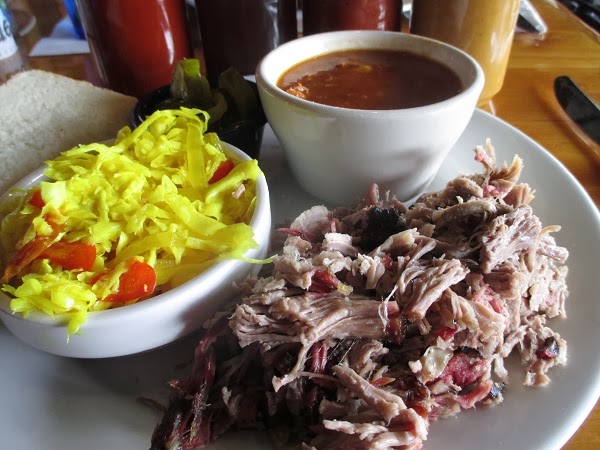 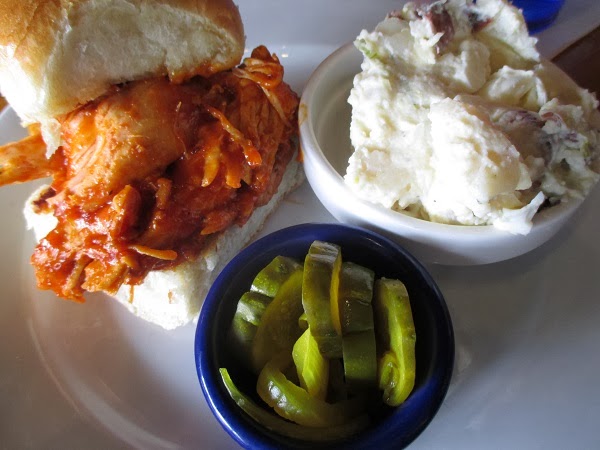 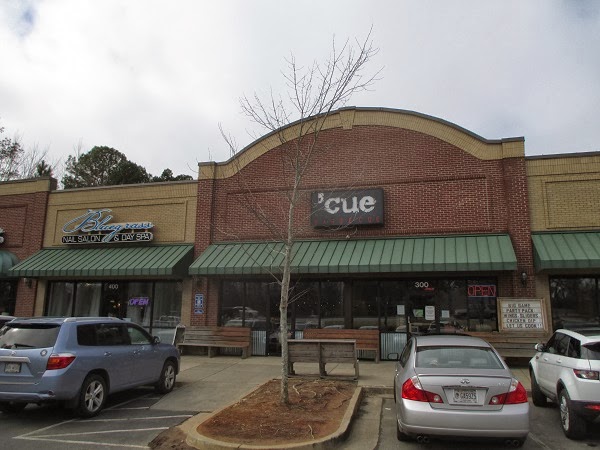 Doster boasts that absolutely everything served to customers here is made from scratch, including the bread. We ordered a barbecue pork slider with excellent fries for the toddler. Marie enjoyed a chopped chicken sandwich and a side of deviled egg potato salad, and I had a chopped pork platter with Brunswick stew and a little something called Pittsburgh slaw. When pressed, one of the staff admitted that the name has confounded more than one native of Pittsburgh, who protested that they’d never heard or seen anything like it back home. It is made with vinegar and tumeric, and the name was arbitrarily chosen. Downright tasty, with a sharp bite. Every order comes with a small cup of really tasty pickles.

The only thing that we tried that wasn’t a complete success was the stew, which Marie didn’t enjoy very much, but I thought it was terrific. It’s a very complex blend of flavors, and rather than just a mash of ingredients, it looks like some care was taken in seasoning the base just right. We’ve dined at more than one restaurant recently where the stew is little more than just a tomato soup base, but this brown brew has a lot going on.

The pork, shoulders smoked for about eight hours and coarsely chopped, is really solid, with a good mix of moisture and smoke. It stands on its own just fine, but there are four bottled sauces on the table. These include a South Carolina-styled mustard sauce and a traditional thick Georgia red sauce. The newest addition is a very thin and fire engine-red hot sauce, and these were all pretty tasty, but I loved their vinegar sauce the most. It’s very thin and brown, and I felt it was improved by a liberal shake of black pepper over the meat. The result was absolutely delicious. We wish that this place was not so far away from us.

Well, after an hour’s rampage at the playground, we stopped by Alpine Bakery for dessert. This is an Italian-American restaurant in Alpharetta’s Crabapple neighborhood, with a very nice, upscale design that includes leather-seated booths and curtains. The staff is quite used to guests stopping by for their celebrated desserts all through Saturday afternoons. 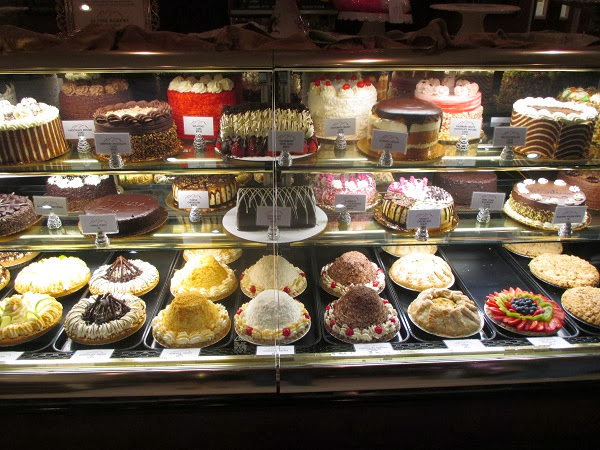 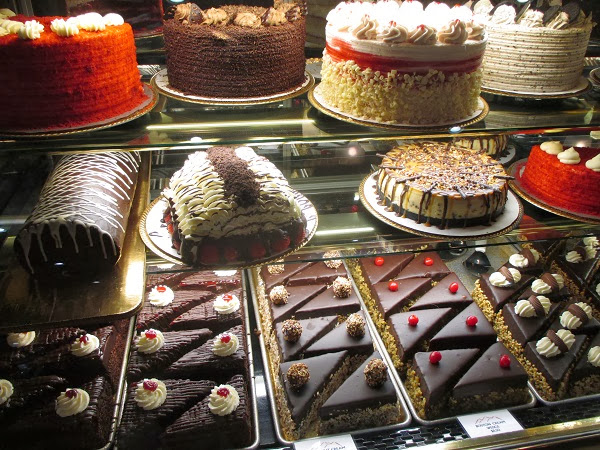 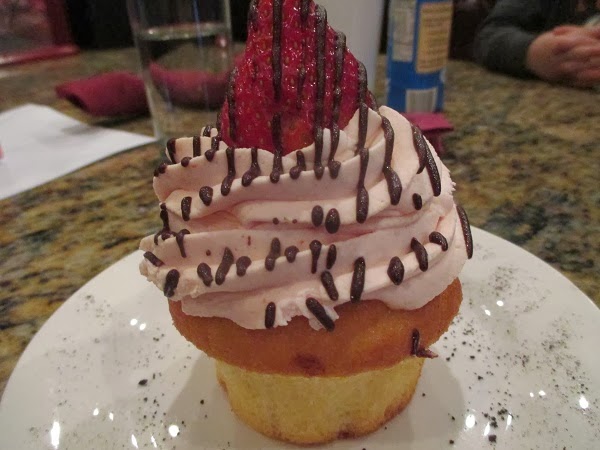 We let the toddler pick a pretty indulgent treat for someone so small, and he got a strawberry cupcake about the size of his head. Marie ordered a slice of Swiss roll about the size of her own head. I thought that the chocolate was too rich for my preference, but if you have a sweeter tooth than I do, you’re sure to enjoy this place a lot. We wore the baby out and fed him well and he slept like a log when we got home.

Other blog posts about ‘cue: