This is Marie, contributing an article about The Brickery Grill & Bar, which styles itself as a neighborhood restaurant. Bruce and Sally Alterman, the owners, just passed their 22nd anniversary, and to celebrate they had a bunch of bloggers over to check out the food and comment on it. Well, I’m sure they had other celebrations as well, probably involving cake. If you decide to venture out for a visit, make sure you go past the sign at the entrance of the strip mall and back into the other side of the parking lot, as the red sign on Roswell is just there to tell you where to turn.

The restaurant specializes in comfort food, though there is a bit of a twist to some of it. The fried chicken recipe is from another neighborhood restaurant that they liked themselves, and they say it’s their best-selling entree; a centerpiece of the dessert menu is a chocolate cake recipe that had been handed down from Bruce’s grandmother. However, they also have newer recipes like the Caeser Burger, which is a 4-napkin meal if ever I saw one. There are gluten-free options, including their crab cakes, which are tender and flavorful, and don’t miss the breadcrumbs at all. The real winners for me were the “barely battered” shrimp appetizer (lives up to the name to good effect), the fried chicken (crispy and juicy), the southwestern salad with lots of avocado (if I ever got Grant to order a salad it would be this one), and the onion rings (crisp, well coated and peppery). 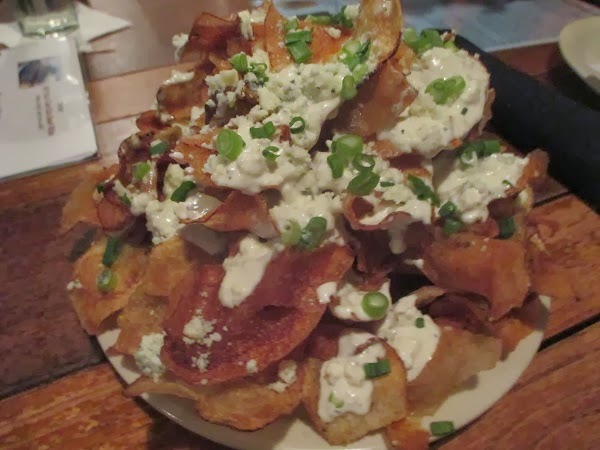 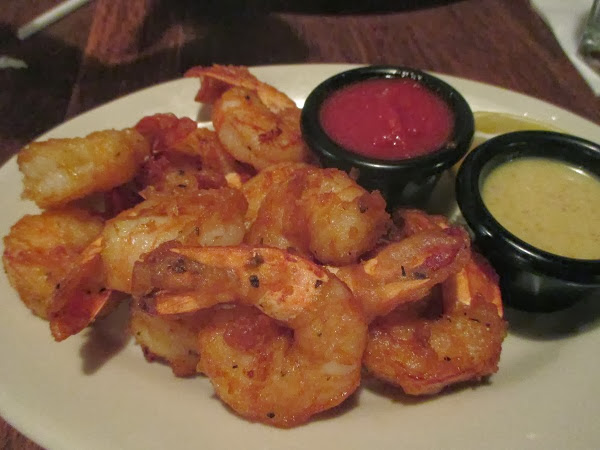 I liked most of the rest of the food, though the kugel didn’t really do it for me and the Asian noodles in the roasted brussels sprouts seemed mostly to be taking up space, as the sprouts themselves were decent. My guy would have really liked the blue cheese potato crisp appetizer; so did everyone else. That mile-high stack went pretty fast. I’m afraid most of my photos were absolutely terrible, so the food really did look better than what you see here. The shrimp and the onion rings particularly suffered from my poor photography. If my arteries wouldn’t immediately rise in revolt to send me into coronary arrest, I could make a meal just from those two sides. I mentioned the chocolate cake, which is about as different from the artful “slices as big as your head” type as can be; it’s a square of sheet cake with homemade glossy frosting that Southern grandmas have been making for decades. It’s also a reasonably-sized portion, though if you ordered the fried chicken you might want to share. 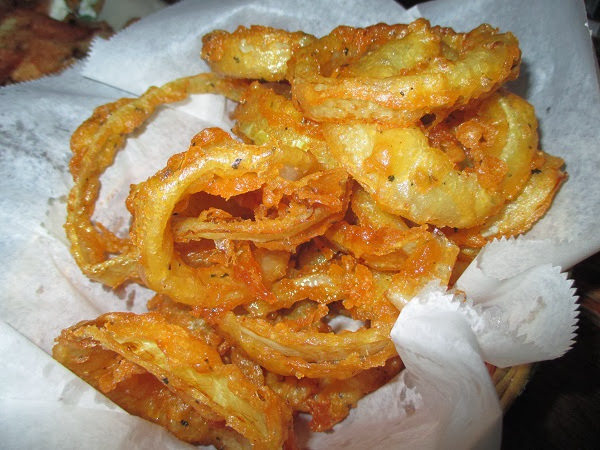 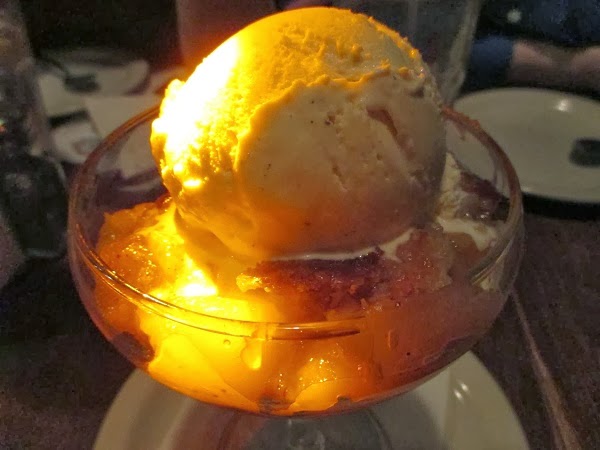 Locovores be made aware that the majority of the vegetables served during the growing season come from sources along the GA-400 corridor. Bruce made a rueful face when talking about the number of miles he put on his vehicle picking them up, but lit up when he talked about the tomatoes. They do a tomato and cheese salad that sounded pretty interesting and I might have to find out when they have one of those nights to get in on that. They also make all the dressings in-house. There is also a bar, though I’m not qualified to remark on it. 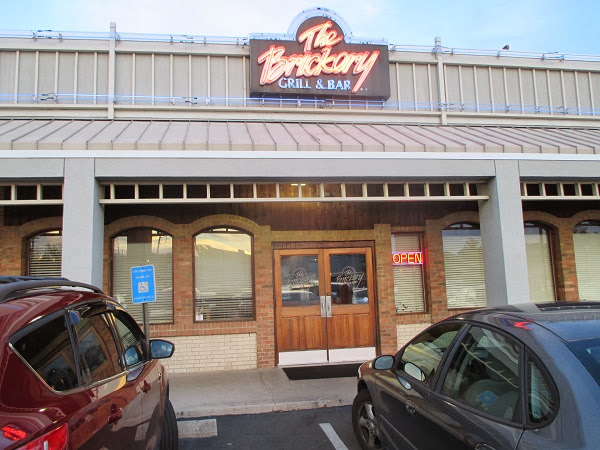 The store front is in a location that the owners say used to house a seafood place, and there is an ancient AC unit from the 50’s bricked up in one of the columns that otherwise mostly surround supporting structure. I realize that has nothing to do with the food, but I just think of that as adding character and enjoy it tremendously. It’s hard to retrofit an existing structure and it pleases me that they came up with an attractive way to enclose an eyesore. But then, I like bricks. Overall I was pleased with the food and would go back.