A few Saturdays back, Andy from Burgers, Barbecue and Everything Else suggested that we meet up with him and his wife at one of Giovanni Di Palma’s restaurants. He opened Antico about five years ago to near-universal acclaim and out-the-door lines that have just continued to grow. In late 2012, this sister joint called Gio’s Chicken Amalfitano, and a companion place to get sandwiches and gelato that you can visit through an adjoining door, joined it. As if parking for Antico wasn’t already enough to make a man weep. Right now, early Saturday nights require an off-duty cop and at least two fellows in yellow vests to direct everybody. And Di Palma has his eyes on neighboring buildings for additional restaurants.

Antico is very good, but there are other pizzas in town that we like better, so we hadn’t seen Di Palma’s Little Italy grow like it has. We missed out, because while Antico is indeed very good, I enjoyed Gio’s Chicken Amalfitano is even more. 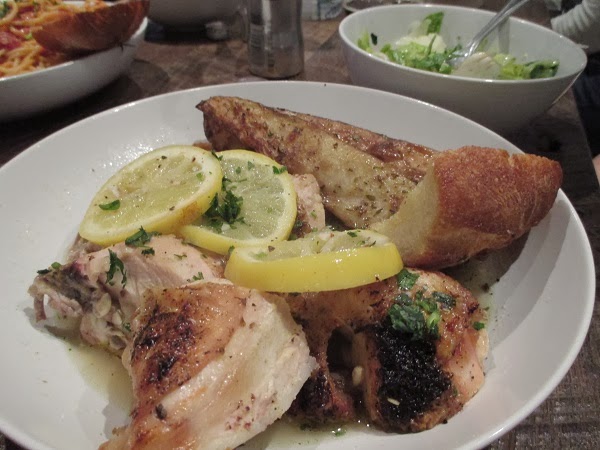 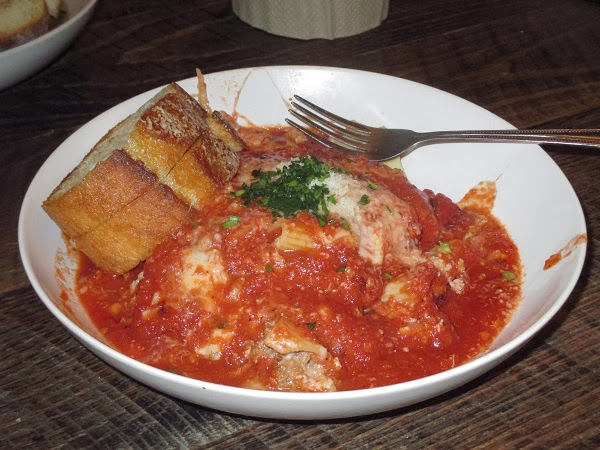 The girl at the counter told us that the lemon chicken, cooked in a broth with garlic, wild oregano, and olive oil, was the most popular dish. Jo had an order of that and really enjoyed it. Marie and I went with the orange chicken instead, which has a similar preparation, only with rosemary instead of oregano.

The pasta dishes are really good. If there are two in your party, I’d recommend ordering one chicken and one pasta like we did. Hopefully, you can trade plates back and forth with a little more grace than we were able to manage, and not look like silent film comedians when you do. For all our fumbling, I’m just glad we got out of there without noodles on my head. 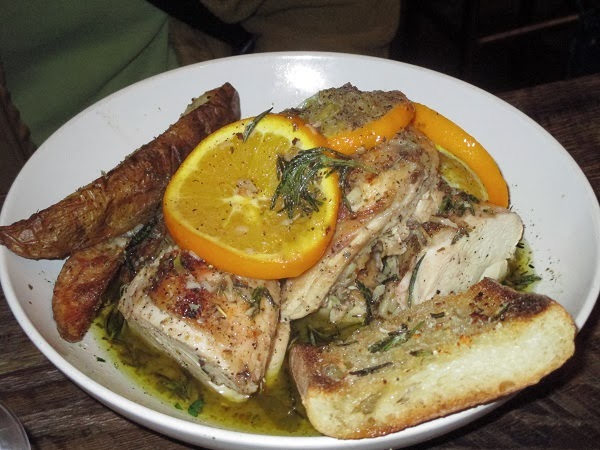 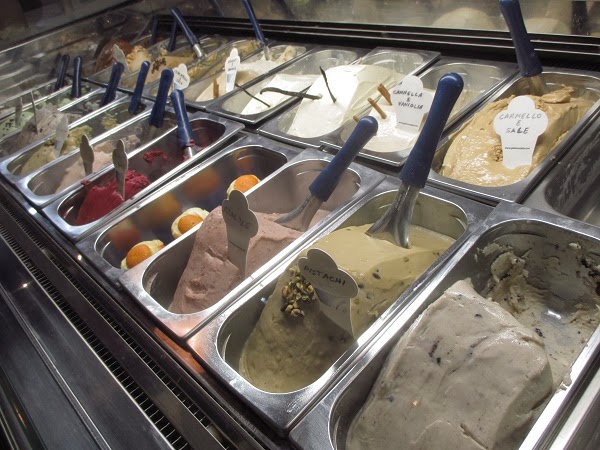 We ordered the al forno pasta to go along with the chicken. It looks like a simple sauce with San Marzano tomatoes and two cheeses, but it is much closer to heaven than it appears at a glance. On that note, Andy ordered one of the evening’s specials, with a sauce that had apparently been brewing for three days, and claimed that he really did hear some angels sing as he ate his food. 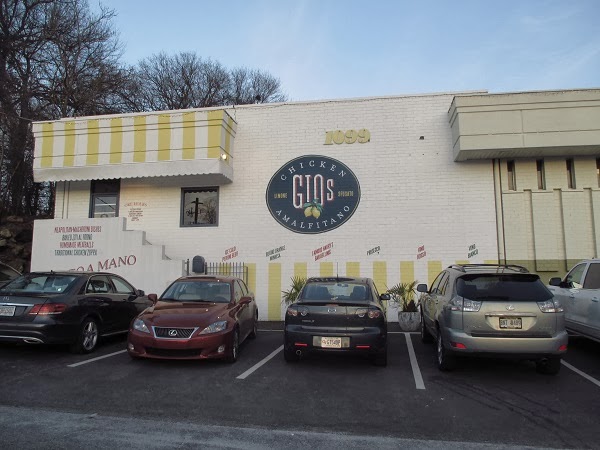 There’s typically a short wait here, although nowhere as long as the line next door for pizza. Still, as we finished, and the uncomfortable bench had done a number on my lower back, we vacated our table for other hungry people and went next door for gelato. I don’t know that I’m going to be in a rush to return for dessert, while the chicken and pasta was tempting me back within hours of leaving. The gelato was okay, but it comes much cheaper, and much better, at Milk & Honey in Chattanooga, and those good people will let you have a sample taste, which Gio’s doesn’t.

We liked how they have a menu that is short and simple, and the kitchen has adapted to that with a really efficient and quick turnaround. Our salads were out within moments of sitting down, and the chicken and pasta almost right behind those. This probably isn’t a place for late night dining, as they list their hours as “until the chicken runs out.” So head out there early and cross your fingers for someplace to park.

Other blog posts about Gio’s: