This is Marie, contributing an article about twin restaurants in Alabama: Montagu’s and its older sister Frostbite. We visited as a part of Florence Restaurant Week, using a gift card that the restaurant had given to our hosts, Florence Main Street; I like sandwiches and the girlchild is passionate about froyo, so the pair became an obvious choice. These were the fourth and fifth participating restaurants that we visited.

The restaurants are in the Seven Points area (a six-road intersection is crazy enough – good thing the seventh road is no longer feeding in. How one would design traffic lights for that mess is beyond me!) I speculate based on the map below that the lost road was the one that bends oddly into the little divot taken out of the lower side of the yellow “arrow” shape highlighting that area that is 7-points proper. Satellite mapping is great – you see things that street maps don’t show, like the shadow of an old street front in the side of an oddly placed parking lot! Montagu’s is located at the intersection in the upper right of the screencap, above the “arrow”. Thanks to Wikimapia for the image. 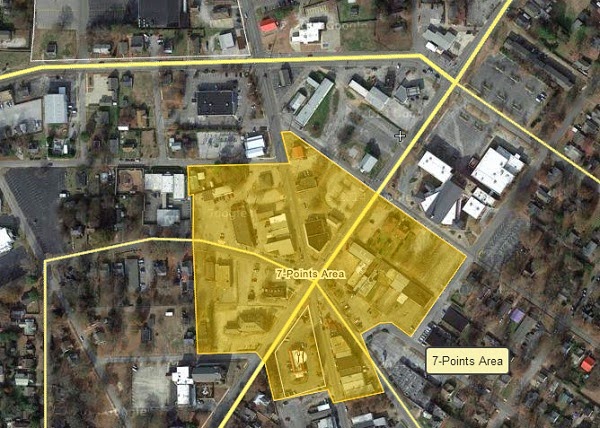 Seven Points is located north of the downtown area and the University of North Alabama. Quite a few charming little homes have come up in this area, along with its own little shopping area and restaurants. We’ve become used, in travel, to thinking that smaller cities like this have just the one old historic area, along with whatever Sprawl-Mart arteries house all the bigger chain restaurants. Florence turned out to have two separate little commercial districts on either side of the college, much like Athens GA has. Seven Points even has two barbecue restaurants within arm’s length of each other. 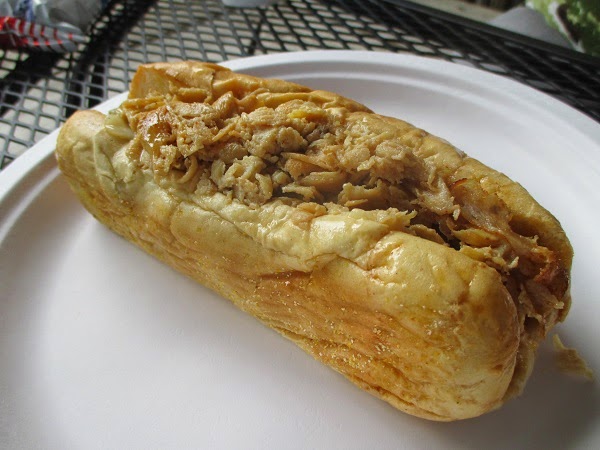 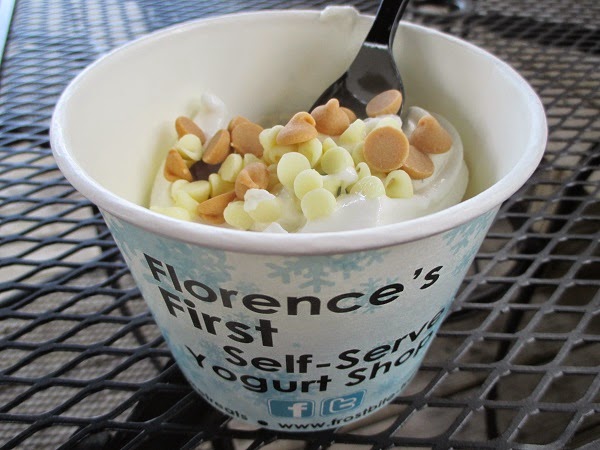 Montagu’s is housed in a plain cinderblock-type structure with a nice covered patio shared with Frostbites next door; both are owned by the same person, Mitch Wade, and the businesses can coexist quite happily. Montagu’s was the second of the two restaurants to be set up, and appears to have opened in August of 2010. Although it was getting fairly warm out in the sun, the shaded patio was comfortable. 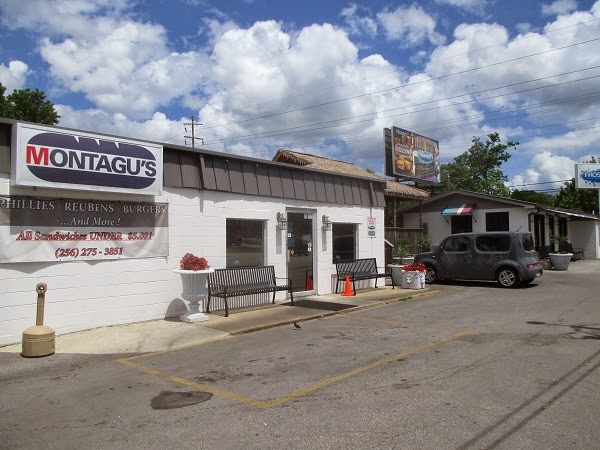 Somehow, much to Grant’s astonishment, I had failed to notice all these years that a Philly can be made with chicken instead of steak, so I chose that. The sandwich was tasty – juicy and full of meat, with a nice mix of cheese and peppers. It was one of those kinds of sandwiches you don’t really want to put down, because it’s going to leak juice onto the plate, or possibly fall apart. You want to keep a good grip on things, after all. The prices were very good, with all of their sandwiches under six dollars.

The toddler didn’t want to do anything at that point but bounce around getting his wiggles out, so he just grabbed a few chips, drank about half my beverage in one slurp, and then did laps on the long bench that runs the length of the patio with occasional interruptions to beg his sister for a spoonful of her froyo. The girlchild was very pleased with Frostbite’s selection of toppings and how tasty their yogurt was. This was a very nice late lunch – Grant had eaten earlier at one of those barbecue restaurants – and we could imagine that many of the students in this neighborhood will spend time on this patio between classes.

(As noted, this was a media event held by Florence Main Street. Our meal was complimentary, and accommodations were provided. It’s our policy to always note when we’ve received our meal without charge. If you would like to invite us to your restaurant or your city’s media events, please drop Grant a line at gmslegion@gmail.com .)