Here’s an experience that we hope is never repeated. Back in April, when we made the special announcement post about Florence Restaurant Week, one of our readers left a comment inviting us to stop by the restaurant where she worked. PoBoys Cajun Grill opened in October of 2013, and even though it was not participating in the event, we decided that it would be nice to stop by and say hello.

The girlchild bowed out and wanted to hang at the hotel, so we loaded up the toddler and drove a little ways north of the city up AL-17, Chisholm Road, and turned off right at the outer edge of the Florence metro area. PoBoys is impossible to miss. Hugely popular, the parking lot was full and we arrived perfectly timed between waves of guests who were coming for the crawfish boil. Then I inquired about the server who’d invited us a few weeks before and was told that she no longer worked there.

Well, wherever you are, Allyson, thank you for the idea. We had a good meal here, even if the two most intriguing things on the menu had sold out already. 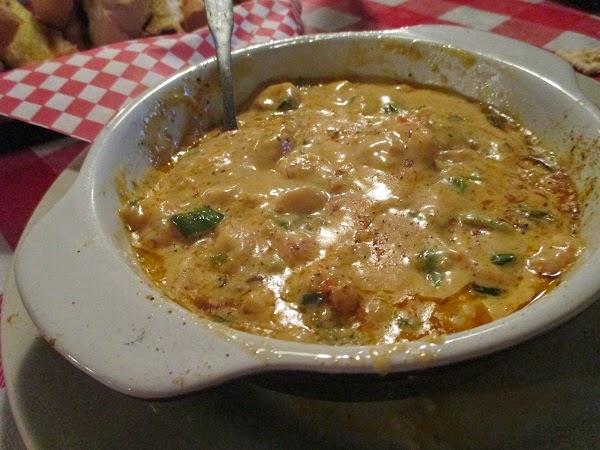 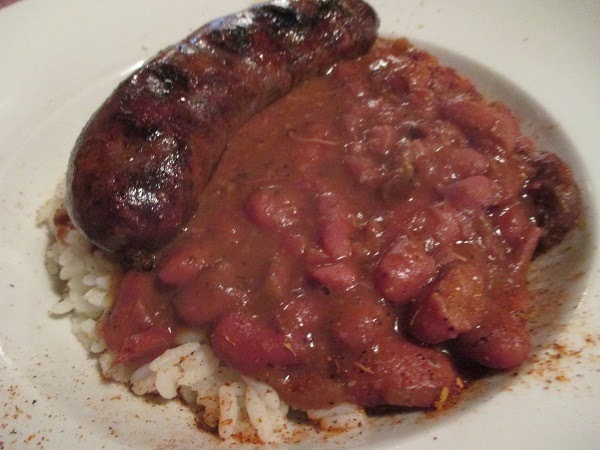 At PoBoys, they take a lot of pride in traditional cajun recipes and made-from-scratch dishes. They make their own boudin here, and something that I’ve not seen on a menu in Atlanta before: alligator étouffée. I was so disappointed that both had sold out before we arrived at 7.

We started with an appetizer of crawfish and shrimp dip, served with grilled bread. It was a pretty good mix of the meats blended with cheese, and had a unique flavor, but it was a little heavier and greasier than we would have preferred. Marie bowed out after a couple of bites. I enjoyed it more than she did. Happily, our entrees were much more satisfying for both of us. 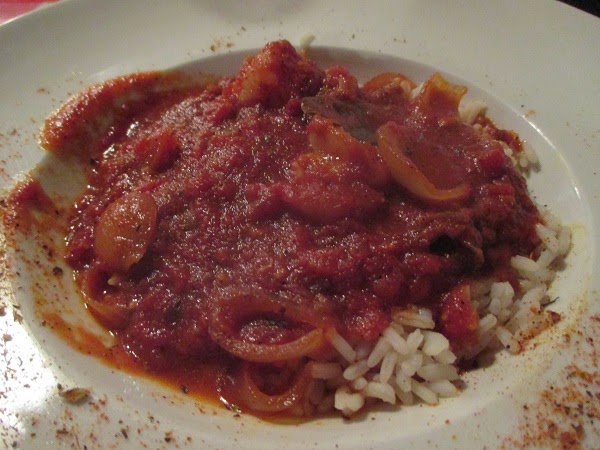 Marie had red beans and rice with some house-made smoked sausage, and I went the very traditional route – since the étouffée was sold out – and had a bowl of shrimp creole. I recall, in the pre-blog days, really enjoying a restaurant in Atlanta called French Quarter Too. It was on Johnson Ferry near Ashford-Dunwoody, and I ate there many times in the early 2000s. Their shrimp creole had been the standard by which I judge everybody else’s, but PoBoys served an even better take. I had considered an alligator sandwich, but I’m so glad I went with the shrimp creole. It was rich and really, really spicy.

They do good work here, for a huge, appreciative crowd. Should the road take us back this way, I’d like to try and visit for lunch, before all their most promising curiosities are sold out. I’m sorry that we couldn’t thank you for the recommendation in person, Allyson, but we’re grateful all the same!