Here’s a very nifty surprise. Since the small chain Tom + Chee exploded in a big expansion over the last twelve months, they’ve become what is probably the only place in Georgia to serve goetta. Have you ever heard of this stuff? It’s kind of the Ohio River Valley equivalent to Mississippi slugburgers: breakfast sausage that has been “extended” with the addition of oats and onions, and seasoned with rosemary and bay leaves.

Trew Quackenbush and Corey Ward opened the first Tom + Chee in Cincinnati a couple of years ago and have been very aggressively promoting and building the brand, with locations all over Kentucky and Ohio, along with lots of TV appearances. They got investment money from the ABC reality series Shark Tank, and placed their signature goetta sandwich, the spicy “Armagoetta,” on Travel Channel’s Man vs. Food Nation. Most of what they offer, however, are simple comfort foods: tomato soup and grilled cheese sandwiches. That doesn’t stop them from filling their menu with amusing stunts, however. 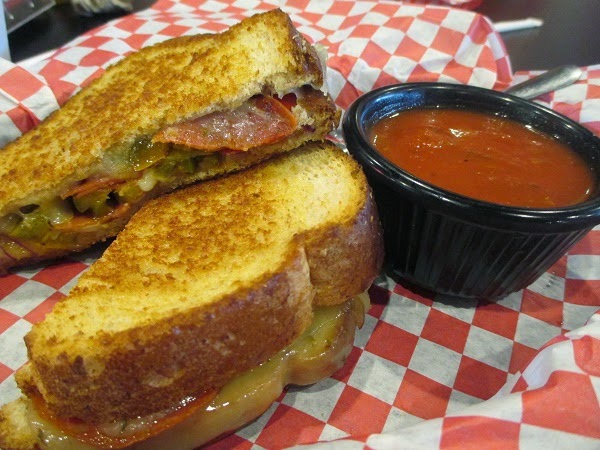 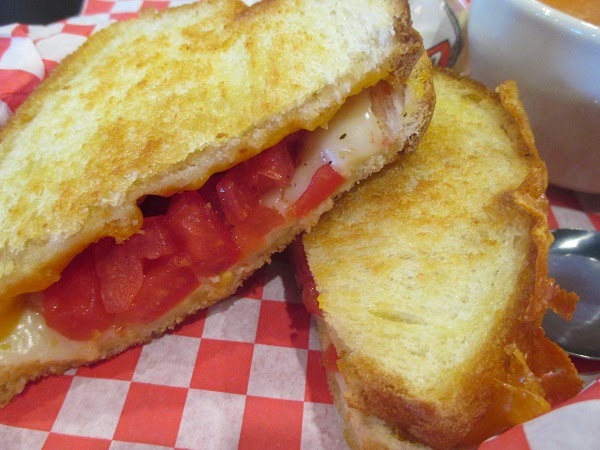 For our first visit to their store in Kennesaw, which opened earlier this year in that big strip mall at the intersection of US-41 and Barrett Parkway, we decided against their goetta sandwiches and their grilled cheese glazed doughnuts, and just had simple cheese sandwiches and soup. I had mine with pepperoni (called a “Pep + Chee” with a little tomato sauce), and we agreed that these were pretty good. Nobody was expecting anything earth-shattering from simple comfort food, but what surprised us the most was the after-church mob. This place had a line out the door and only one table free at a quarter after twelve on a Sunday. Word got out fast, evidently. 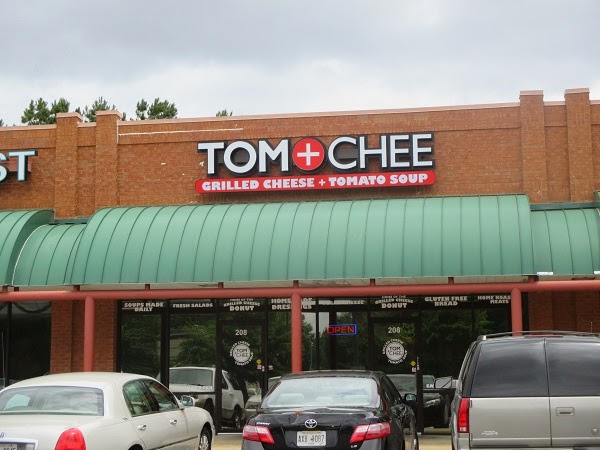 I tried the Armagoetta on a second visit. It was not as spicy as I’d hoped, but it was a pretty good sandwich. Goetta itself has an interesting “nutty” flavor and it crumbles little oats everywhere in your basket. While I found the flavor of the slugburger to be pretty disagreeable, I can understand why goetta has survived into the present day in its home region. I don’t quite know that the south’s ready to embrace goetta on a biscuit and covered in white gravy, but it’s a good little breakfast option.

I was a little skeptical that a business that specializes in something so simple as cheese sandwiches and soup could be so tasty, but Tom + Chee turned into a nice little surprise and we wouldn’t mind stopping by every once in a while. A second location should be opening in Alpharetta later this year; good luck to them!