This is the quintessential example of a blogger-only problem, but I’ve about hit the point where the thrill of visiting a new-to-me restaurant on Buford Highway is actually not quite as guaranteed as the pleasure of revisiting one of the greats that I’ve gotten to know a little bit. So if I’m in the mood for tacos on this stretch of road, I might want to try something new, and certainly will again, but I’m also likely to want to return to either El Señor Taco, which might just have the best salsa bar in the city, or Martin Macias’s El Rey del Taco, which, two and a half years ago, was the very first Buford Highway restaurant that we featured here. (How many more we’ve been to after this!)

I most recently visited on a Friday after what I thought was the lunch rush time, only to find the parking lot completely packed and only one space left for my little car. Thought I’d end up heading back down the road to El Señor Taco until that space opened up. Inside, only one table was free and it was full of dishes. Just about nobody was eating; they were all hanging out and waiting for the end of the Costa Rica-Italy game. I wish that I could tell you that Costa Rica scored that one goal while I was there, because nothing beats the sound of that announcer on Univision bellowing “GOOOOOOOOOOOOOOOOOAL!”, but they’d already scored. Nevertheless, Costa Rica received a standing ovation from the restaurant when the match ended, and the place cleared out almost completely, leaving one almighty gigantic mess of dirty dishes for that staff to handle. 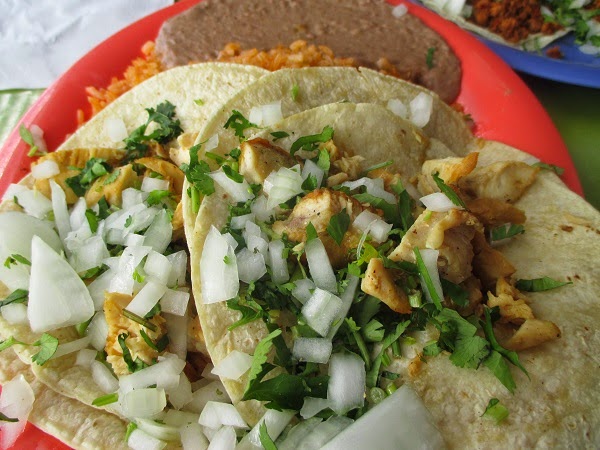 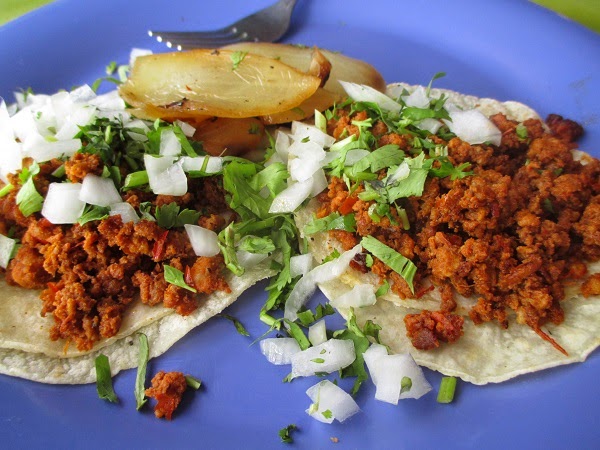 The tacos at El Rey are just downright excellent, thanks in part to their amazing salsas. Having said that, the chicken in the tacos was a little bit dry this time, and I think that the chicken is bettered by a few other places – Taqueria Real de la Villa in Marietta might have the best in town – but the salsas are just so amazingly good. Pour some of the orange chipotle salsa over the sausage and your mouth will love you for the rest of the day. 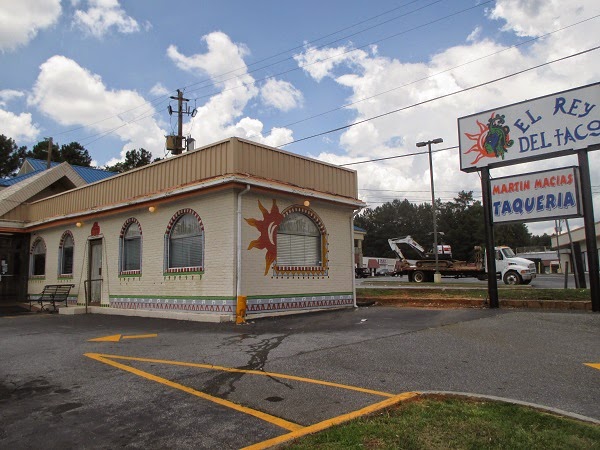 El Rey del Taco has a reputation for late night dining. They’re not open 24 hours like they used to be – they close about the time the sun comes up to let the staff catch their breath and clean up, but whether you’re here for lunch or dinner or after a long night dining and dancing, you’re guaranteed a great time with good, inexpensive food. I’d call it one of Atlanta’s hidden treasures if everybody didn’t know about it already!

Other blog posts, among many, about El Rey del Taco: