One of the many reasons that it’s pretty easy to focus on the Buford Highway corridor is that there are piles of restaurants up and down this street that, happily, open for lunch at the sensible hour of 10. Well, I say “sensible,” but it’s really that, for the last few years I had worked an unusual schedule, and, two days a week, I had time on my hands and a cravin’ in my belly, and waiting around until 11.30 for some of these places to open actually is an inconvenience when I live out in the ‘burbs but work nearby. Earlier this month, happily, my schedule at work changed to something a little more sensible and convenient, but noting where a fellow could get lunch at an earlier hour became an ongoing concern.

David Romero moved to Atlanta in 2010 from Ensanada, a Mexican city about two hour’s drive south of San Diego. He’s a member of the big Romero family, who opened the small Taco Nazo chain in La Puente, California in 1978. Maria and Gilberto Romero started their store as a food truck and it has expanded to six locations. David has explained that his friends in Atlanta had been sending word that there was nowhere in town to get proper Baja-styled fish tacos in this city, and that if somebody from southern California would just come out here and sell them, they’d make a mint. I’m glad that he chose to do so, and now that he’s out here, and selling amazing food, and also opening at the sensible hour of 10, people have a great place to go for a snack if ever they’re stuck biding their time waiting for somebody else’s inconsiderate 11.30 opening. Yeah, I could say that about a lot of places, because there are plenty of spots to get good tacos on Buford Highway, but El Señor Taco is better than all of them. This place is fantastic. 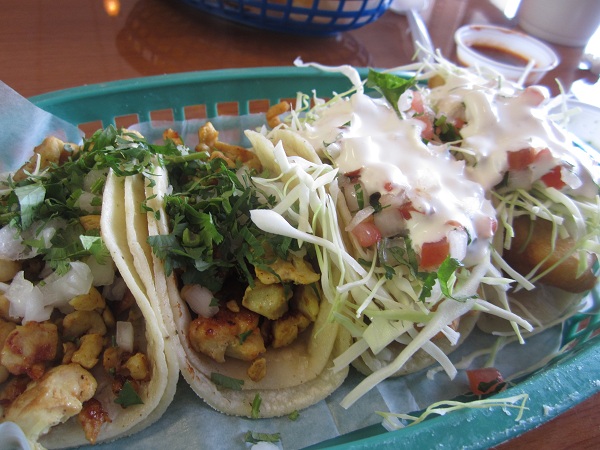 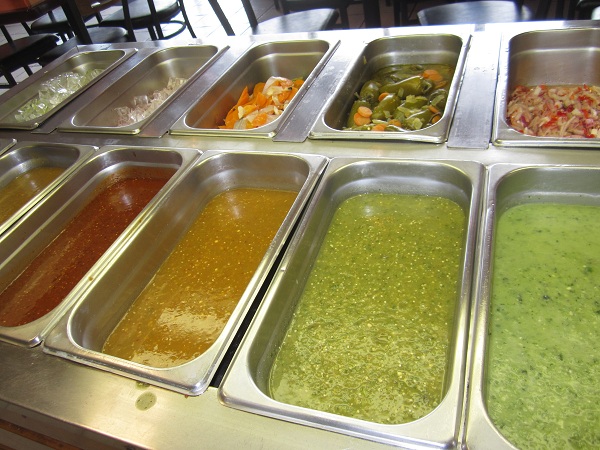 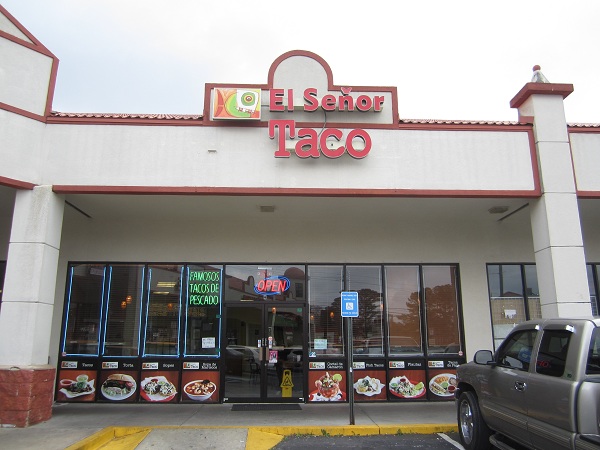 Having said that, the big poobah deal of El Señor Taco, the fish taco, was not entirely to my taste. I think that the fish is just fine – it’s pollock, in a very tasty batter – but I wasn’t mad about that gigantic spatula of cream sauce dumped over it. It really overpowered the meat, and didn’t leave room for me to mix any of the other salsas with it. I ended up scooping out as much of that as I could. I decided then that the next time that I visit, I would ask for these tacos dry, or just stick with the chicken, which is completely fantastic. Or maybe try the shrimp, or get one of their soups. A couple of weeks later, I went with a taco trio of shrimp, chicken, and spicy pork, and they were each wonderful.

But for all the good that the kitchen’s doing with meat on the grill, what they’re doing with these sauces and salsas is on another level entirely. Y’all, this might be the best salsa bar in the city. There are some very good ones (Las Tortas Locas) and there are some disappointing ones (Tijuana’s), but the four sauces that I tried here outshined everybody. It helps that they use extremely good chips here – the Blissful Glutton, linked below, pegs them as El Milagro brand – but every one of these was like an explosion of happy in my mouth. My favorite was the avocado-tomatillo-habanero sauce. I poured that over one of my chicken tacos and was in a good mood for the rest of the day.

Other blog posts about this restaurant: