In June, we took a day trip to northeast Alabama. Marie wanted to buy a new tablet from the Unclaimed Baggage Center in Scottsboro, and saved her pennies for a couple of months so that she could get one for really cheap. It’s always a bit of a dice roll here, because you don’t know what they will have available, but frankly, they had so many extremely good quality electronics and cameras that you’ll be horrified to fly ever again because so much stuff goes missing and gets paid off by the airline insurance, and then it gets found and ends up here.

I looked at cameras, planning to buy something better some day – and by better, I mean “good” – and saw the exact same model that was in my pocket, which I had earlier used to shoot these little snaps of the nearby Liberty Restaurant, where we had breakfast, priced at just $51 and on a shelf with a 25% off sale. Mind you, the hundred mile drive there and back does mean that you’ll spend a little on gas, but that’s still a great deal cheaper than running to Best Buy. Plus, you’ll get to find some good eating along the way.

The path that we took drove us right past three interesting barbecue joints. Armstrong’s in Summerville hasn’t been on anybody’s TV shows lately, but Character’s in Adairsville has turned into one of the most read chapters on our site, because every time that episode of BBQ Pitmasters is repeated, and it’s repeated often, we get about fifty sets of eyeballs Googling through. And then there’s Bama Q in Hammondville AL. Previously known as Big Jim’s Bama Q, this place evidently ran into some troubles, and was sold and featured on the series Restaurant Impossible.

Liberty Restaurant hasn’t been on television itself as far as I can tell, but it does have quite a singular accomplishment. It is the only restaurant that we have ever heard of to have a cave named after it! 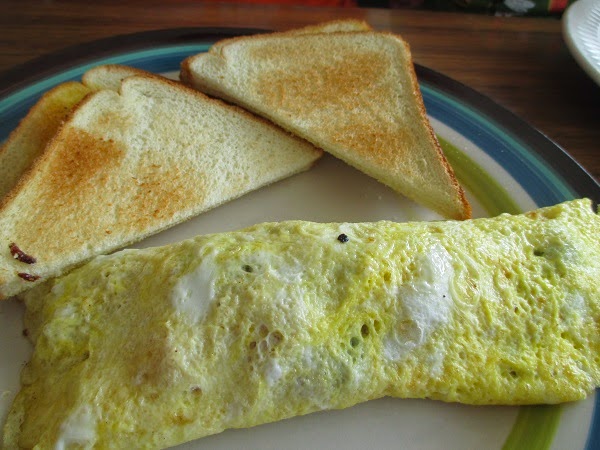 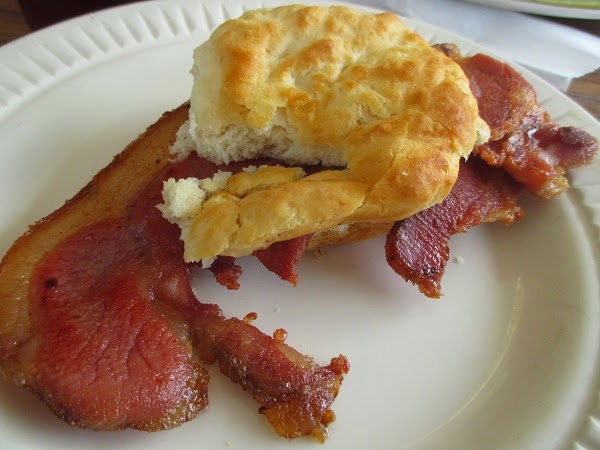 When we’re traveling, I’m not always the biggest fan of stopping for breakfast, but since we wanted to get to Unclaimed Baggage bright and early, we decided to leave at the crack of dawn and sidle into Liberty Restaurant before the shopping expedition started. It’s easy to find the place. It is across the street from the Liberty Inn and a package store called Liberty Beverage Wine and Spirits. Astonishingly, this package store is set up in two rooms of the motel. More astonishingly still, Liberty Restaurant is not actually affiliated with the motel / package store. They are owned by totally different people and just have the same name. 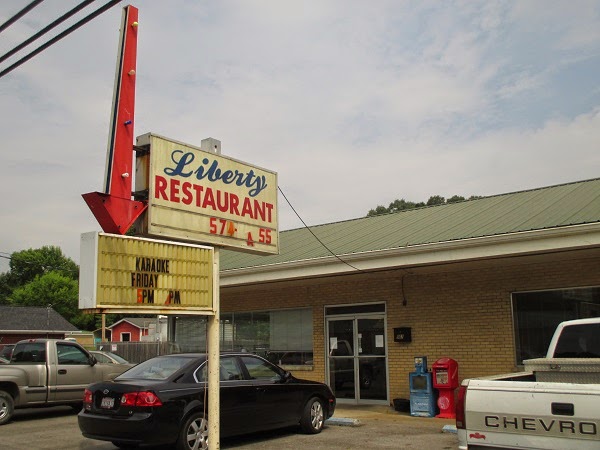 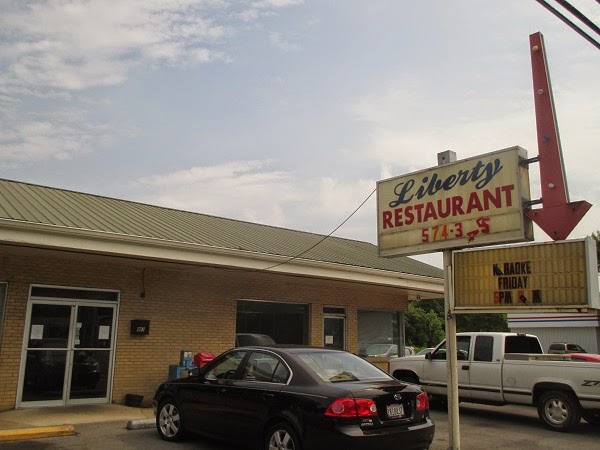 We enjoyed a pretty good breakfast – an okay omelet, very good country ham, and downright terrific waffles – and learned that it’s really in the evening that this place is the busiest. On the weekends, they have karaoke in the evenings and the place gets pretty full of people singing and having a great time.

Scottsboro is on the opposite side of the Tennessee River from Sand Mountain, and this area is honeycombed with caves. Some of the larger ones include Sauta, Russell, and Cathedral Caverns. On the other side of Sand Mountain, there’s Manitou in Fort Payne. Spelunking is a popular hobby among locals, who enjoy finding very small “potholes” while on the lookout for anything gigantic or previously unknown. When you go to pay for your meal, have a look at the wall by the register, and you’ll see a map of one of these “pothole” caves that was charted a few years ago by locals who named it after the restaurant. What an incredibly neat little tribute!