“When Mrs. Threadgoode saw what she had on her plate, she clapped her hands, as excited as a child on Christmas. There before her was a plate of perfectly fried green tomatoes and fresh cream-white corn, six slices of bacon, with a bowl of baby lima beans on the side and four huge light and fluffy buttermilk biscuits.” — from Fried Green Tomatoes at the Whistle Stop Cafe, by Fannie Flagg (Random House, 1987)

This is Marie, contributing an article about a Yankee trying to cook like a Southerner and having a rather hard time of it. Mind you, I’ve lived in Georgia longer than all the other places combined, but it seems you just can’t take the Minnesota out of me.

That doesn’t mean I don’t love some aspects of the South. You can’t get a better breakfast than the biscuits at Stilesboro’s, for instance, and my mother shakes her head at me but I order sweet tea at restaurants nonetheless. And most likely Grant won me over in part because of the barbecue places we went to while dating. 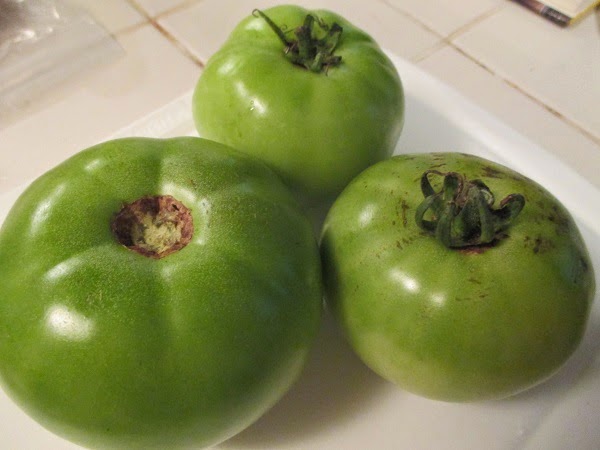 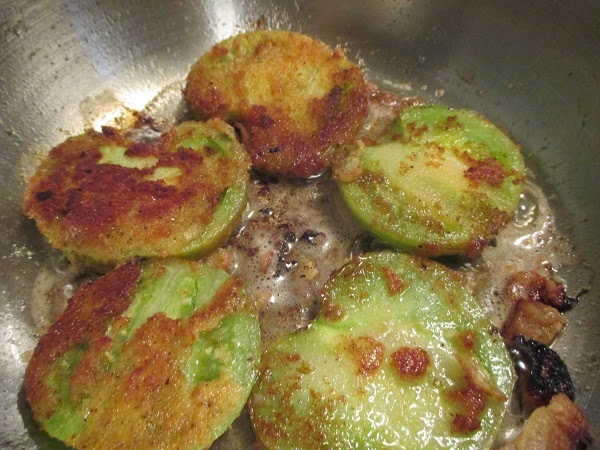 One of the books that has stood up to quite a few re-readings is Fried Green Tomatoes at the Whistle Stop Cafe by Fannie Flagg. It isn’t the sort of book I would usually pick up, being outside my preferred genres. However, I’m glad I listened to the people who were raving about it. Quite aside from the story itself, it’s got a current running through it about food – good and bad, comforting and soporific, exciting and bland. The novel later inspired a film version that was shot in Juliette GA. We visited the “Whistle Stop Cafe” used in the production when we drove through in 2011 and tried those fried green tomatoes. They were very good… they’d have to be, with all the expectations built up around them.

At the end of the novel, there are several pages of recipes. This is the first time I’d attempted any of them. That’s not counting the time shortly after reading that book for the first time, when biscuit-shaped rocks came right out of my oven, as clearly the recipe had not been followed correctly.

The first challenge was to get some kind of substitute for bacon fat. I settled on salt pork, which is close enough to bacon for cooking purposes without triggering all my “flee the kitchen” bacon alarms. Hopefully Sipsey’s ghost won’t be too aggravated. She’s a formidable soul and not to be trifled with.

Green tomatoes are a little hard to come by at the end of July, but I managed to find a vendor at the farmer’s market who still had some. And once I had them in hand, I decided that even if Grady Kilgore from the book could eat a plate of them as his lunch, they weren’t enough for dinner by themselves. So I got some pork chops and breaded them, and made gravy. I put some of the salt pork into some butter beans with salt and pepper. And I did my best to replicate the recipe for the tomatoes. My breading was a good bit patchier than the ones we’d gotten from restaurants, but it was edible. And as a first attempt, it was not bad, though the pork chops weren’t the best. Grant probably won’t mind if I practice the tomatoes on him some more. 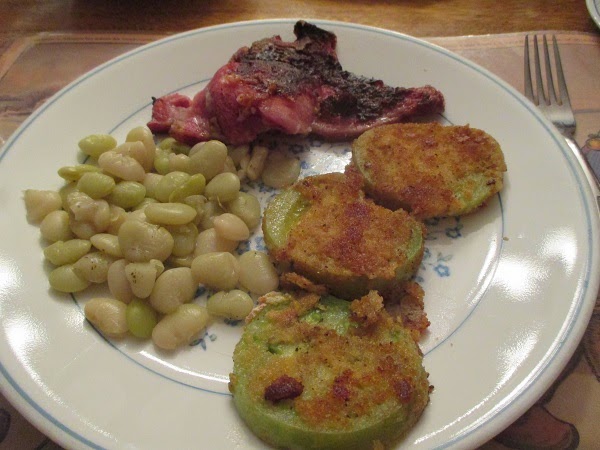 Fry the bacon first, then dip the chops in flour, with salt and pepper. Save what’s left of the flour. Fry your chops in the hot bacon drippings until brown on both sides. Turn down heat, cover, and cook till chops are tender and thoroughly cooked – about 30 minutes. Stir your leftover flour into the fat and cook until browned. Pour the milk over the chops and simmer until gravy is thickened.

Salt and pepper to taste

Add water just up to the top of the beans. Let it come to a boil, then simmer until tender. Add salt and pepper till you like it.

Heat your bacon fat in a heavy frying pan. Dip tomatoes in eggs, then in bread crumbs. Slowly fry them in the bacon fat until golden brown on both sides. Put your tomatoes on a plate. For each tablespoon of fat left in the pan, stir in 1 tablespoon of flour and blend well; then stir in 1 cup of warm milk and cook until thickened, stirring constantly. Add salt and pepper till you like it. Pour over the tomatoes and serve hot.