I keep telling myself that Marie and I need to do a better job covering the northeastern suburbs (and the southeastern ones, and the southwestern ones, too…), but we just don’t get out that way very often. Well, a couple of Saturdays ago, my real-world job called on me to work a festival near Tucker, and I looked around for some lunch suggestions. I wasn’t specifically looking for Mexican, but the road ended up taking me a few miles north of Tucker to try something that came with a good recommendation.

Taqueria Los Hermanos is a small chain with four locations around Gwinnett County. It’s a favorite of Food Near Snellville and his family (here’s his report on the Lilburn store), and, with that good report in mind, I drove north to the restaurant, arriving just as they opened at eleven.

The Lilburn store is in that strip mall at the intersection of Indian Trail-Lilburn Road and US-29, about three miles east of I-85 exit 101. It’s the same mall where Odin’s Comics used to be, if that helps. The chain has a huge following, in part because, as I’ve learned, they might have been the first restaurant in town to take the conventional, Americanized, Tex-Mex standards and give them a much more authentic treatment within the confines of the usual El-This-Los-That menu. This type of restaurant is a little more common today, but I think that fourteen years ago, this must have been a very pleasant surprise. 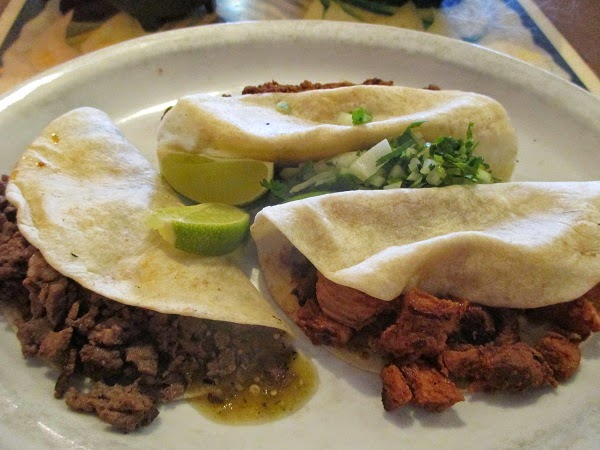 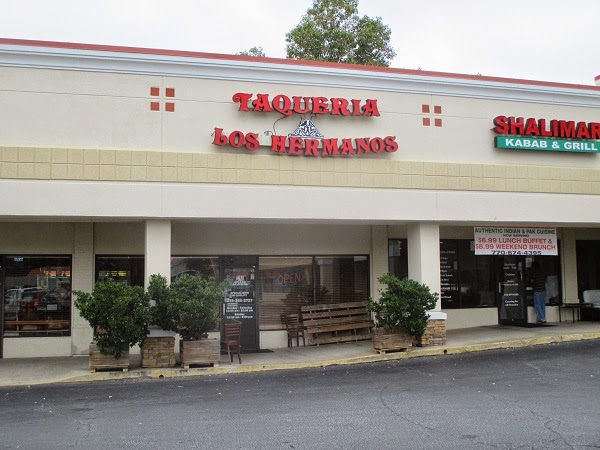 I ordered tacos, which came with just the meats in a tortilla, with a little sprinkling of onions and cilantro to mix as I liked. I had three, cesina, pastor and asada. They’re priced about $3 each and, as you see from the photo above, they are not small. Some of the other taco options have other fillings. The chicken tacos, for example, come with lettuce and tomatoes with a honey mustard dressing.

Compare these to the very small, “boutique” tacos that we talked about in the previous chapter, which certainly have their own appeal, but lack the great big impressive appearance of these bad boys. You get a lot of meat for your money. This wasn’t a bad lunch stop at all. I’m very glad that I stopped here at last.