I think that, with each new trip to middle Tennessee, I’ll remind our readers about the astonishingly good work put in by the Ulika BBQ team in thoroughly exploring Nashville’s barbecue over the course of 2008-2010. It’s a time capsule, of course, but I’m amazed by how detailed and readable their lengthy and absorbing report remains. Since we were attending a wedding, and staying the night, in the eastern suburb of Lebanon, I pulled up Ulika’s post about Wilson County and hoped to visit James BBQ. Unfortunately, the owner, James Reeves, is doing catering only at this time. He started his business in the 1970s and told me that he hopes to reopen a restaurant in 2015.

My next choice was the Snow White Drive-In, which originally opened in 1952 and which has been owned by various members of Billy Wyatt’s family, with some breaks, since the 1980s. As different people have taken the reins, some of the recipes have changed. For example, if you click that link above, you’ll see that in 2009, Ulika found that their pulled pork barbecue was dry and smoky. What I received was very different, and owes more to the traditions of South Carolina or middle Georgia steam tray barbecue, cooked in a small amount of their sticky sweet sauce. They also have the sauce in bottles at the table, in both mild and much better peppery hot variety that has a very lovely spicy-sweet kick. It was a pretty good sandwich for the style, but this style’s far from my favorite. I would have preferred to have the pork dry with a little of the hot sauce; I believe that I would have enjoyed it much more. I’ve had worse, but Marie had a whole lot better. 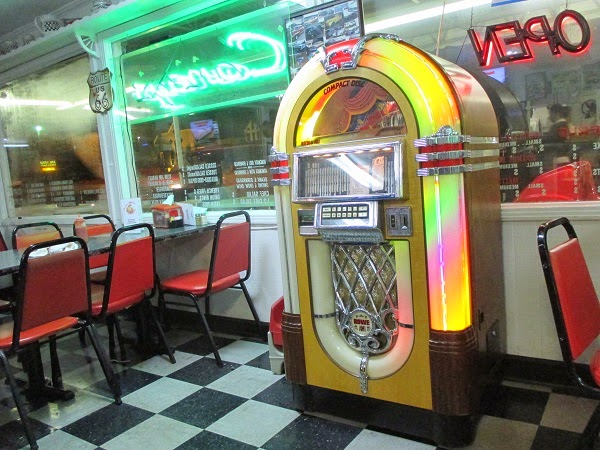 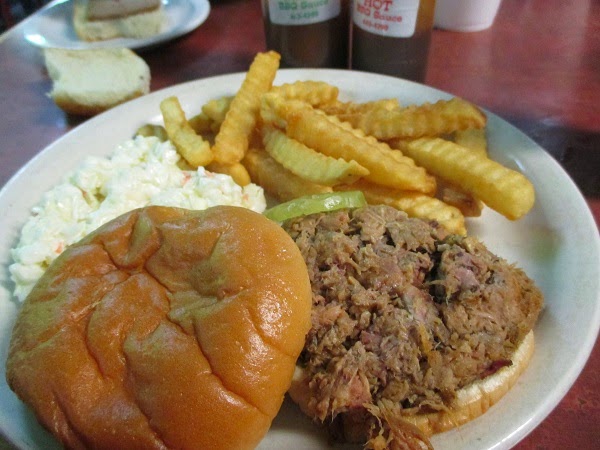 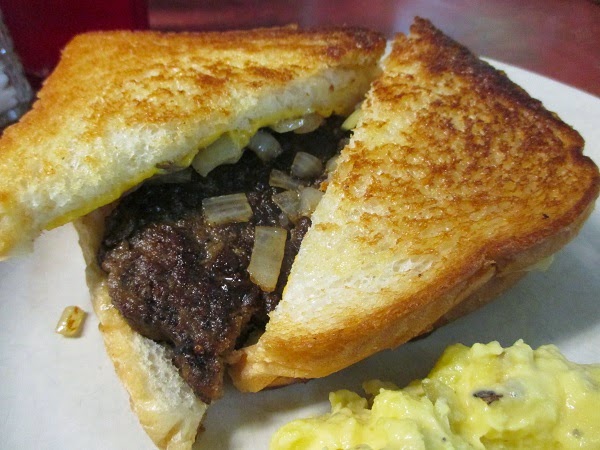 If my barbecue was okay but underwhelming, Marie’s dinner was just superb. As befits a drive-in, they have a pretty full menu of American standards, ranging from sliders to hot dogs to meat-n-three plates. Marie ordered a patty melt, which might well be the best patty melt that we’ve ever had. They make an excellent from-scratch burger here, way above the average for fast food, and it goes really well with the bread, just an excellent texture.

If we lived in Lebanon, we might not order the barbecue again, but we’d be regulars here, trying out new things often. The prices are low, the milkshakes are yummy, the servers are terrific, and anybody who can make a patty melt that’s this good can probably be trusted to make every other kind of diner classic better than average. 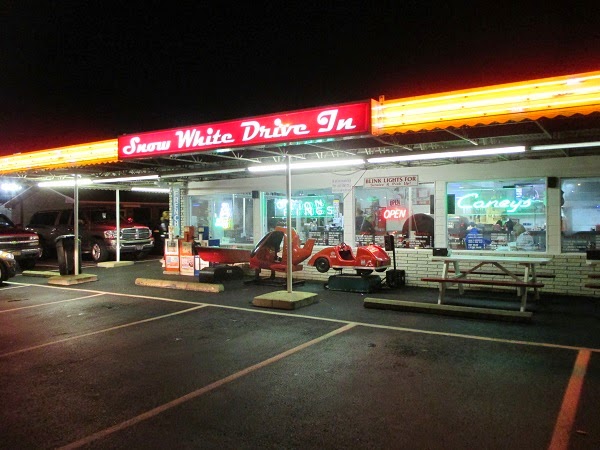 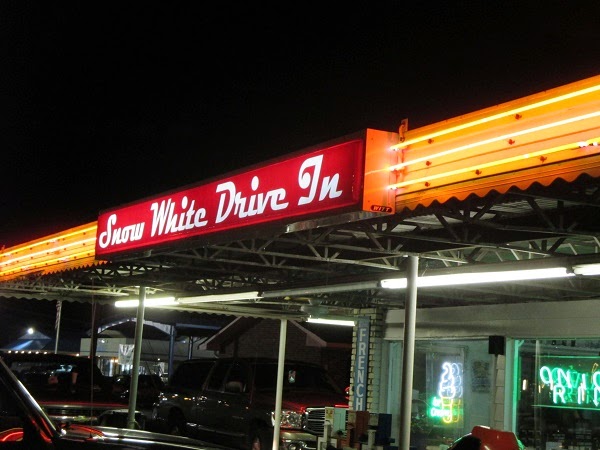 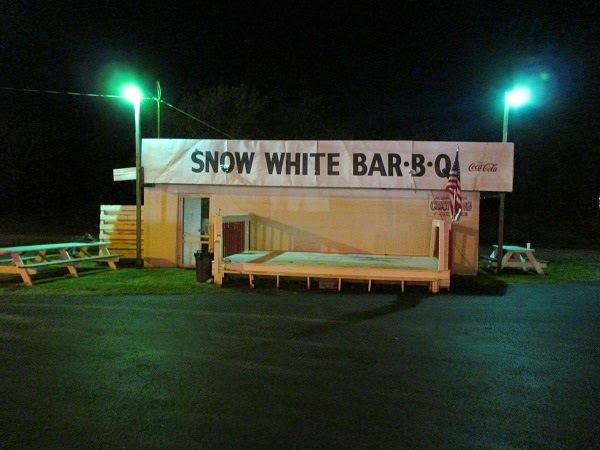 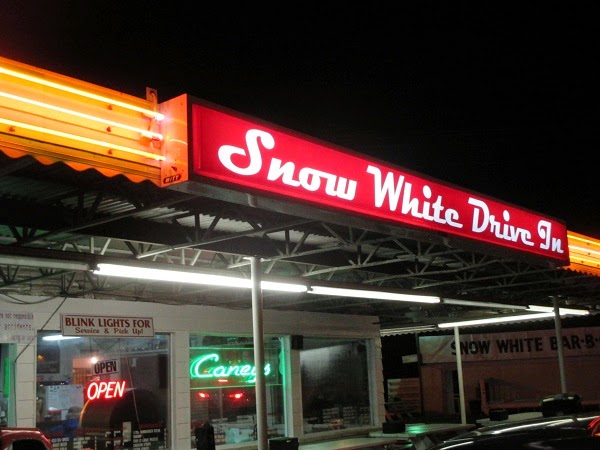 The Snow White apparently had a close call earlier this year. Despite better than a half-century doing good business, the land owner was briefly entertaining an offer by the Speedway gas station chain to bulldoze the property and erect a convenience store. Mercifully, the Snow White dodged that bullet; I was so grateful to Speedway for backing down that I bought a tank of gas from them while we were in Lebanon. Okay, that’s a complete lie; I bought a tank of gas from them because gas was literally forty cents cheaper than what we paid before we left Atlanta – $2.64 versus $3.04 – and every dollar I save on gasoline is a dollar that I can spend on a milkshake or barbecue.

Lebanon is about 25 miles east of Nashville on I-40, and the Snow White’s a few miles away from the interstate on US-70, so it’s a bit of a detour, but should you ever find yourself in Wilson County, while there might be better options for barbecue, this is still a terrific place to stop, full of color and life and very good food. We’d like to visit again if the road ever takes us back this way.