In 2012, we stopped into the first location of Seven Hens, which Michael Gurevich had opened earlier in the year, and were impressed by the sandwiches and, because we’re keen experts in any and all things restaurantic (read with sarcasm; we’re nothing of the sort), we figured that the owner was all set to pounce on second, third, and twelfth locations before the end of the year. Wisely, Gurevich didn’t skimp on the design of that store in Decatur. It looked professional, confident, and ready to franchise. And, since the food – chicken schnitzel sandwiches in a variety of internationally-themed styles – was very good, it looked like a concept ready to succeed.

I got to speak with Gurevich for a couple of minutes at the grand opening of the long-awaited second Seven Hens store in Sandy Springs. It’s in the Publix shopping center at the intersection of Roswell and Abernathy, about two miles and two hundred traffic lights north of the perimeter. They held a little event, letting the new neighbors, and a few invited media guests like us, sample their sandwiches. I was a little surprised that they are phasing out the concept of naming each sandwich for a nation, as I thought that was a good hook, but it turned out to be confusing to guests. People would balk at ordering a French schnitzel, not even knowing that it’s made with olive tapenade, herbs, and a Dijon mustard, simply telling the staff that they don’t like French food! So the new menu on display at Sandy Springs has more descriptive names for the sandwiches, like “Cajun BBQ” instead of “American.” They’d already printed out little cards with the original names to go with the samples, however. 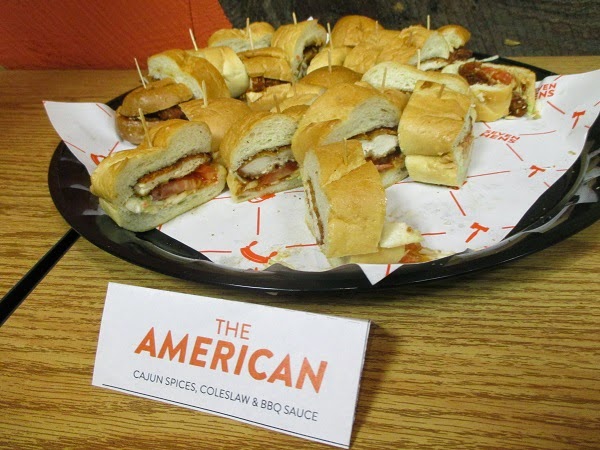 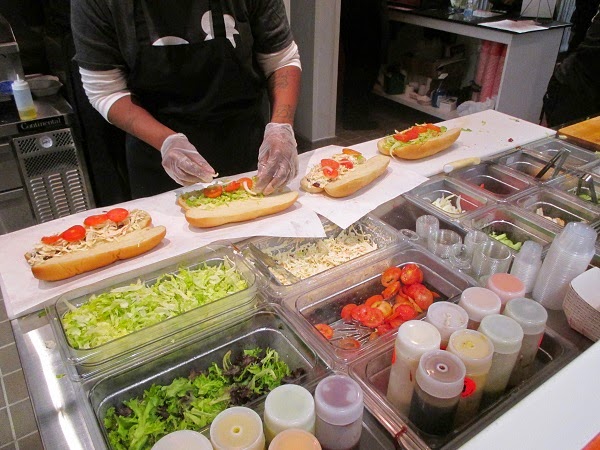 I really like the flavors in these sandwiches. The trick to schnitzel is to pound the chicken nearly flat and then give it a specially-seasoned breading and fry it to order. The other ingredients of the sandwich don’t overpower the different tastes of each chicken’s flavor profile, but accentuate them. 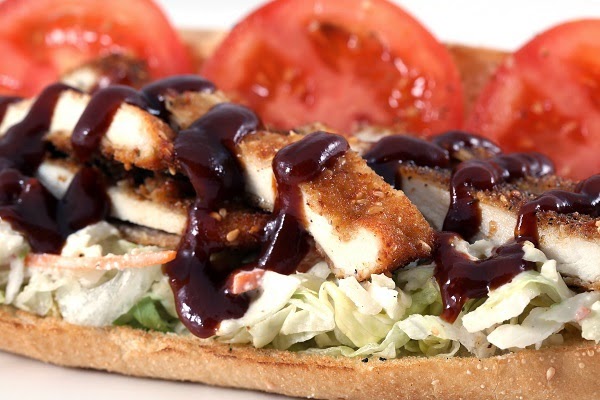 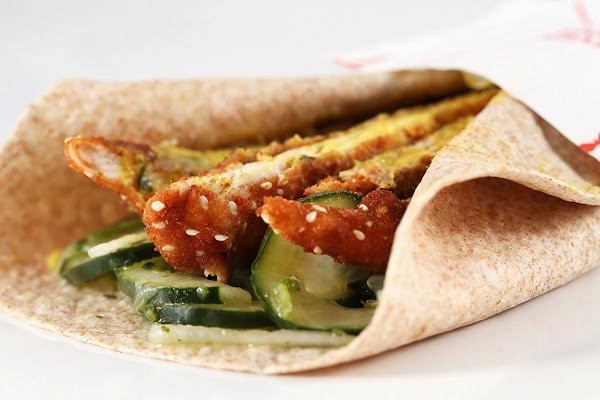 The evening was very busy, perhaps even more crowded than planned! Nevertheless, the crew did an amazing job turning out sample platters which were snapped up before they could get very far, and everybody seemed to be having a good time. We enjoyed talking shop with our friends from Friday Date Night and Macaroni Kid, and finally getting to meet some of the team behind My Little Foodies. Gurevich was being a terrific host, warmly explaining his schnitzel sandwiches to dozens of curious people who stopped in to meet their new neighbor. We hope this expansion goes very well for him, and that, somewhere between his third and twelfth store, he opens one that’s closer to us!

Other blog posts about the Decatur Seven Hens: