There’s a story that Lexington NC might have the most barbecue restaurants, per capita, of any place in the nation. It’s possible that Farmville NC might have the most barber shops. I saw at least three on one stretch of road in this tiny little town of 4600. One is across the street from Jack Cobb & Son, a simply spectacular barbecue joint that doesn’t have any indoor seating. I ate my barbecue in my car and I’m not sure what I feared more: slipping up and getting any barbecue sauce on my beautiful, beautiful car’s seats, or slipping up and wasting a drop of this beautiful, beautiful sauce. There used to be a screened porch for outdoor seating here, but it’s been gone for a couple of years.

The “son” in Jack Cobb & Son is Rudy Cobb, who grew up serving and selling barbecue with his dad in the segregated countryside of the 1950s and 1960s. Back then, Jack Cobb had to give barbecue on consignment to a white friend to increase his sales, on account of so many potential customers refusing to go to a black man’s store. Wikipedia tells me that Farmville is split almost 50/50 between black and white today, and indeed the customer line when I visited was long, and equally black and white. Rudy, who playfully joked with one of his other customers when I visited about his “side job” singing at area events, is open on Wednesdays, Fridays, and Saturdays. He smokes his meat over wood and charcoal for sixteen hours and the results are stunning. 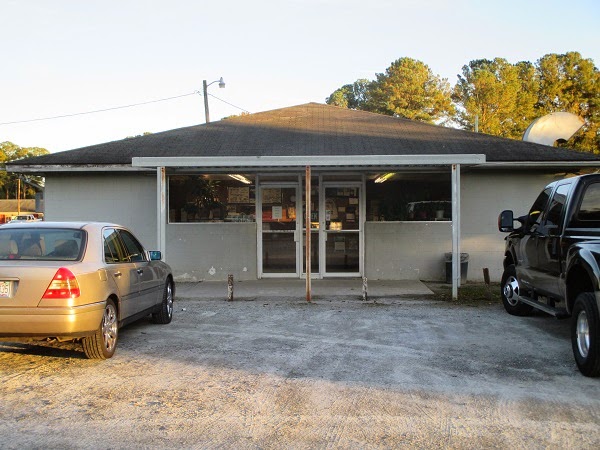 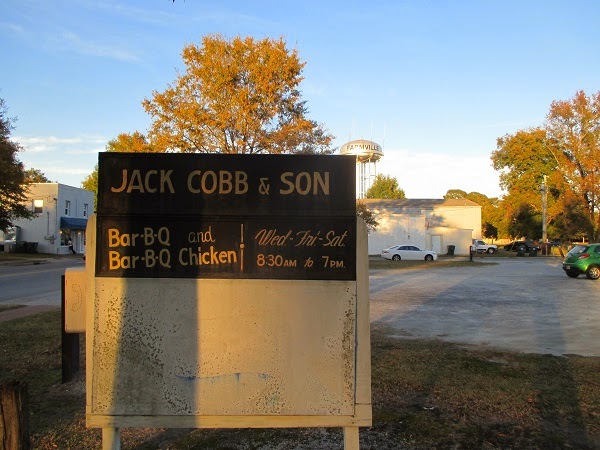 This was delicious, amazing barbecue. I liked what I’d eaten at Parker’s an hour before just fine, but this was in another league entirely. It’s very flavorful, but wants a little sauce. It’s a vinegar-based sauce, of course, but more peppery than many others in the region. Shake it up, and the sauce mix is similar to Carolina Bar-B-Q in Statesville, and Zeb Dean’s in Danielsville GA (about which, more in the next chapter), and what I’d find the next day at Skylight Inn.

You get a little more pepper in the pour as you shake it. If you’d just like some vinegar on your meat, a little dab’ll do you. If you want the meat to rocket to life and leave your mouth happy for half a tingling hour, shake it well and dump it on, but not all at once. You don’t want the meat to absorb so much that the pork at the bottom of the tray doesn’t get any. Without the sauce, the meat is very good. With it, it’s transcendent. Paired with some terrific mild mustard slaw, this is an amazing meal. 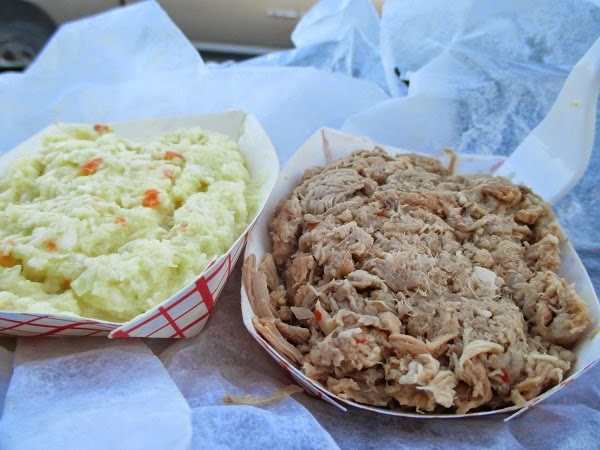 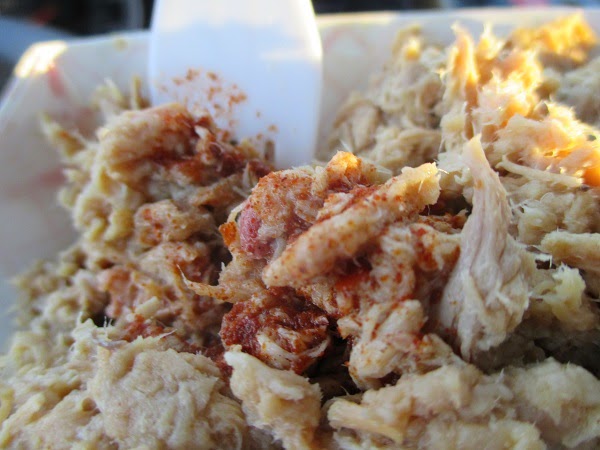 The stop was the first of five that I’d make over the two days that are on the North Carolina Barbecue Society’s Historic Trail. There are presently 23 restaurants on it, and, thanks to this trip, I’ve been to 14 of them. I’ve not enjoyed every one, but Jack Cobb & Son is definitely in the top tier. Farmville might be miles from anywhere but tobacco and cotton farms, but it is definitely worth the time to come here. Bring a couple of folding chairs if you can, but make certain you get here.