For far too short a time, there was a place on the square in Marietta to get a really, really good burger. It was called The Starlight Cafe, and the area has been all the poorer for its absence. There are some very, very good restaurants in downtown Marietta, but Starlight’s excellent burger was probably the best in Cobb County, and deserved to be mentioned in the same lists as the best in all of the Atlanta area.

After an period of several months when nobody could get a good burger on the square, a new gourmet burger place has opened in the space that had been home to Milo’s Greek Taverna for many years. I was looking on Urbanspoon to see what was new in town and saw that my buddy Nathan had added this new place, Stockyard Burgers and Bones, to the listings and so I drove over there for lunch. Short take: while not as amazing as Starlight, it’s still a good pick for an above-average gourmet burger. 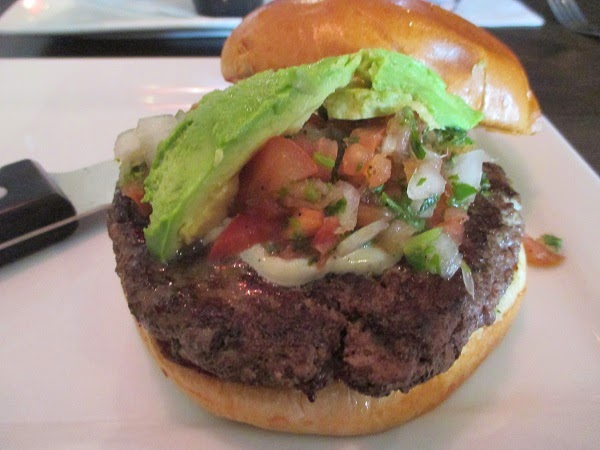 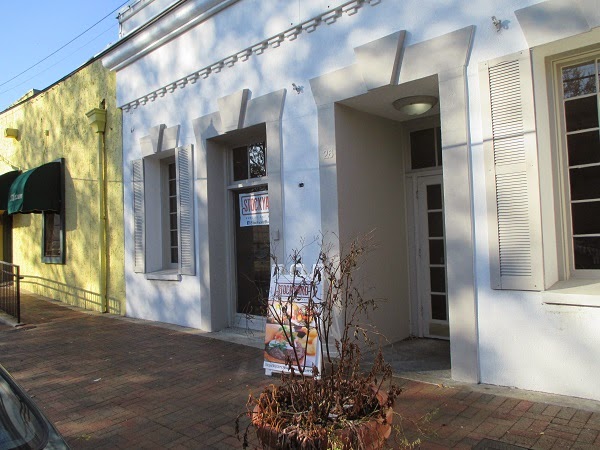 The interior of the restaurant is all exposed brick and chicken wire, emphasizing the downhome farm idea of the place. They serve up burgers in a variety of styles not unlike most of the burger places inside Atlanta’s perimeter. I had the Jalisco with pico de gallo and avocado and it was better than average.

As for the bones of the name, these include ribs and pork chops. It’s very much a meat-eater’s kind of joint. The service was attentive, albeit laid-back to the point of coma. I started counting after the fourth time the server called me “my man,” and stopped after ten, figuring nobody would believe me if I told you how many times the guy said that. The owner, Scott Kinsey, came by to check on me and I told him that the burger was quite good and that I really enjoyed the smoked paprika aioli dip for the fries.

Kinsey owns two other restaurants on the square: Taqueria Tsunami and Pressed Panini Bar, which I’ve been thinking about trying one day. I do like that: having three locally-owned, sister businesses within sight, just, of each other. In fact, Pressed Panini moved into the space that had once been a Blimpie, meaning – I believe – that every single restaurant on the square is locally-owned. Yes, I know that Decatur and Krog Street and Buckhead Atlanta are wonderful and all, but everybody else in the hobby needs to come see downtown Marietta, which continues to impress us. I’d like to come back by Stockyard and try the boar chili next time. That sounds delicious!