If you’ve ever been to one of those restaurants where you look over the menu for a minute, curl your lip a bit, and then pass it back to the server saying, simply, “yes,” then you know what to expect at Anna’s BBQ, a small and simple place that opened in Atlanta’s Kirkwood neighborhood without very much attention or hype in September 2013. It’s owned by Lakesia Phelps and Alexander Coates, and I don’t believe that I heard of the place before the Atlanta Meat Week crew announced it as one of this year’s restaurants.

So one Saturday last month, the boychild and I went out and got stuck in a stupid traffic jam on the downtown connector and arrived a little late to Anna’s, joining ten other people for a great big Meat Weak pile of food. Since the restaurant – named for Ms. Phelps’ young niece – lets guests customize their meal a little more than many places with quite a few add-on options, I took advantage of that, and had a pulled pork plate with potato salad and mac and cheese, and added a handful of peppers and a turkey rib. That’s the rib hanging out and hiding behind the pork, not drawing any attention to itself, in the photo below. In my defense, we never know what these stories are going to end up talking about when we shoot pictures of the food that we ordered. Usually we focus on the pork. Sorry about that. 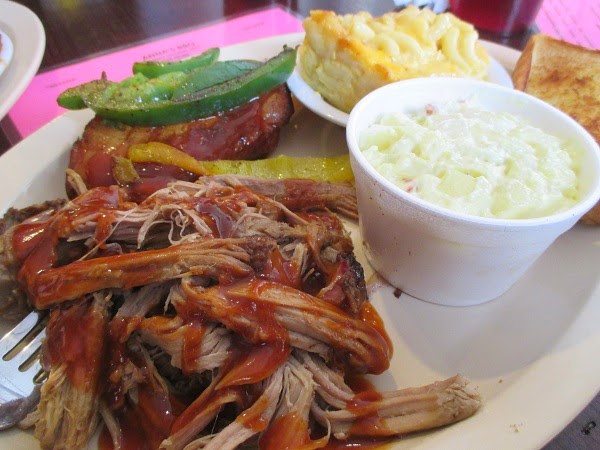 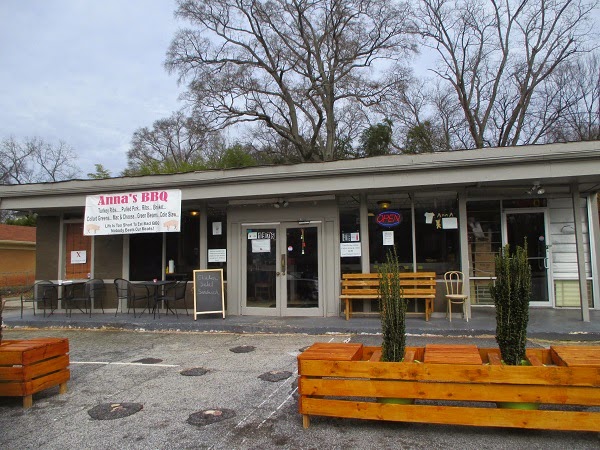 A turkey rib, you say, eyebrow raised. Perhaps you didn’t know that restaurants sold these, or that turkeys have ribs. Well, this is apparently a newer Memphis thing. According to Michael Donohue of The Commercial Appeal, turkey “ribs” come from the bird’s scapulae, and they’re really good when smoked for a few hours and given a wet rub. I’m not aware of any other place in Atlanta that does these yet.

The pulled pork was kind of average for this area, but the sides were all very good, and I enjoyed the heck out of that turkey rib. I wouldn’t mind at all returning to either try some more things from the menu, like the smoked chicken salad that the local Meat Week’s captain, Tracy, ordered, or just have a plate of turkey ribs. The boychild was pretty darn well behaved, although honesty compels me to to admit that he was more interested in the great big toy trucks in the restaurant’s foyer than in the food. Kids!