All things being equal, I’d be happy to sit down to a plate of barbecue at ten on a Saturday, but that’s not always an option. Some people embrace this whole “brunch” idea. In fact, considerably more people seem to be interested in brunch at that hour than barbecue. It’s for those teeming millions that the Sarasota FL-based chain First Watch, with more than a hundred stores in 14 states, moved into Atlanta in late 2012, fighting for the same omelet-loving demographic as the locally-based J. Christopher’s, and some other small chains like Another Broken Egg Cafe, which, at the very least, has a great name.

One Saturday last month, I met up with some other members of the Association of Food Bloggers for an invitation to sample some of the goodies from First Watch’s menu, and learn a little bit about the chain. I was especially interested to find that, in almost every one of their locations, all of the windows face west. That’s because the restaurant is only open for breakfast and lunch, and so they don’t need to invest in shades to block the shine of the setting sun.

We met at the Dunwoody location, one of six around Atlanta, which shares a building with a Marlow’s Tavern that we’ve visited. I thought this was so neat. Each restaurant is literally one-half of the building, with entrances on opposite sides. The people who designed this “Village” shopping center mostly did a pretty good job keeping a simple, out-in-the-country feel. Then they went and leased space to at least two car care centers, spoiling the bucolic mood somewhat. 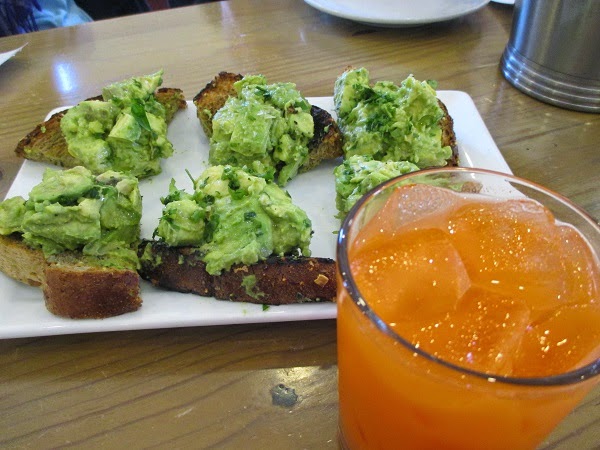 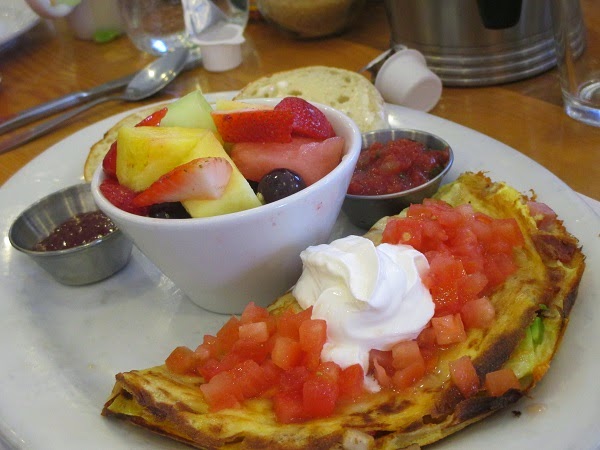 Interestingly, we spoke with Charles Rohling, the regional marketing manager for First Watch, who explained that while the restaurant does have plans to grow in Atlanta – and the size of the crowd at this location indicated that there’s certainly demand for more sites – they’re keeping to the suburbs. Locally, there are also First Watches in Snellville, Johns Creek, Alpharetta, Kennesaw and Smyrna, and a few other cities within our blog’s travel radius also have a store or two: Jacksonville, Knoxville, Nashville, and Raleigh.

Sadly, the backlog of stories that we had to post meant that this story is going up only a week before the present limited time offer will expire. Among the seasonal specials right now are some completely delicious avocado toast and a fantastic “day glow” juice. The avocado spread – and they do not skimp on it – is garnished with a dash of salt, lemons, and extra virgin olive oil and served on some delicious whole grain toast. It’s really quite excellent, and the juice is a great pumped-up carrot juice, with a little orange, lemon, and ginger. I could go for a breakfast like that any day of the week. What do you mean it ends on March 8, First Watch? Keep these treats around! 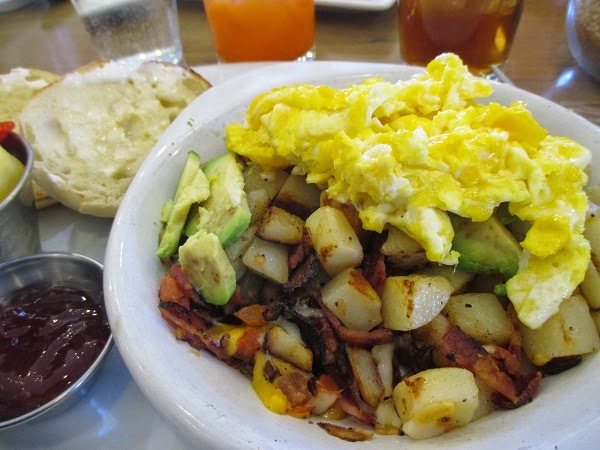 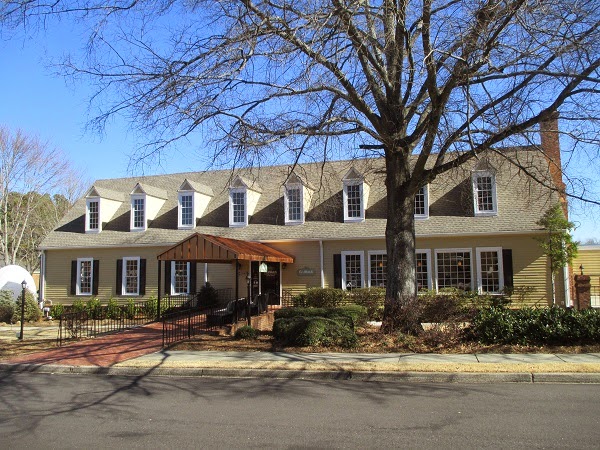 Unfortunately, they need to keep the specials around because the regular menu items, while good, didn’t seem to have the same pop. Mary from Spatialdrift had an omelet that she seemed to enjoy more than I did my selection. I picked the Avocado, Tomato, and Bacon Hash. It really wasn’t bad, but it needed lots more tomatoes than it had. Around the table, everybody seemed pleased, but the avocado toast thrilled us, while the regular menu only (heh, only, I’m such a jerk) satisfied.

Actually, the most satisfying thing about the meal was realizing toward the end of it how very fresh and light it felt. I had a medium-sized skillet of potatoes, bacon, cheese, and eggs… and it was not greasy or heavy. A meal like that, you kind of expect to need to wring your arteries dry once you get finished, but not here. The kitchen is doing a great job making the food come out quickly and it tastes really good, certainly a whole lot better for you than a similar breakfast at a diner. That’s why we saw such a crowd waiting for tables as we left; I may start craving barbecue bright and early, but if you’re in the majority of people who want a more traditional breakfast and don’t want to spend the rest of the day weighed down, then First Watch is a pretty good choice.

(As noted, this was a media event and our meals were complimentary. It’s our policy to always note when we’ve received our meal without charge. If you would like to invite us to your restaurant’s media events or product launches, please drop Grant a line at gmslegion@gmail.com .)

Other blog posts about First Watch: