About three years ago, we wrote about Soho, among the best options for fine dining in Cobb County, and the jewel of the Vinings Jubilee development for close to twenty years now. At the time, Joe Ahn was the executive chef. He’s been succeeded by Scott Warren, who’s been continuing to serve Soho’s most popular dishes while also bringing a few things of his own to the table.

We joined some of our fellow writers from the Association of Food Bloggers for a media night last month to sample some of Soho’s dishes, and also try a quite interesting ginger lime Collins from the bar. It was quite tart, but very smooth. 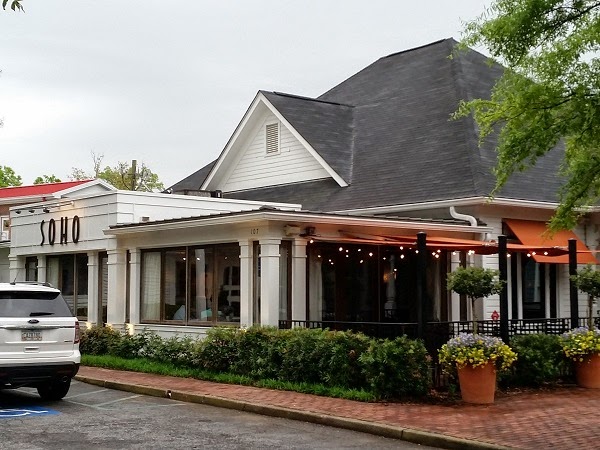 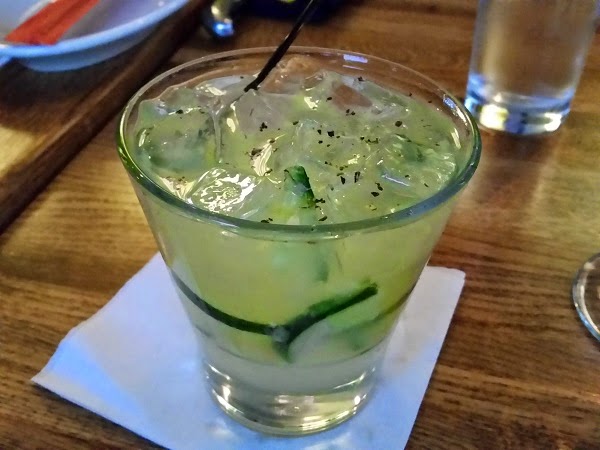 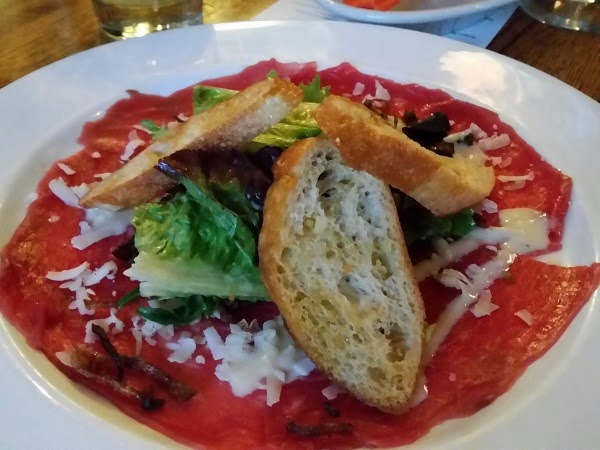 A Poke tuna appetizer was not bad, but the Wagyu beef Carpaccio was much more interesting. The thinly-sliced beef was accompanied by shaved Asiago cheese, shallots, and capers. This wasn’t exactly universally loved, to be honest, with some of our group passing on it for other things after a nibble, but I enjoyed it just fine.

That said, the calamari is still the standout among the appetizers. It’s completely wonderful, and I’d make the argument that there’s not a better dish of calamari in the Atlanta area, to be honest. It’s tempura-battered with a ginger and soy glaze, and topped with diced serrano peppers and sesame seeds. I love it completely, and I wasn’t even half-joking when I suggested that another order of it for dessert would be okay by me. 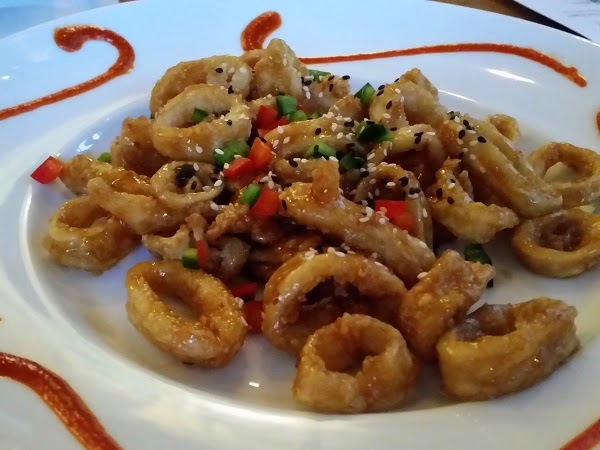 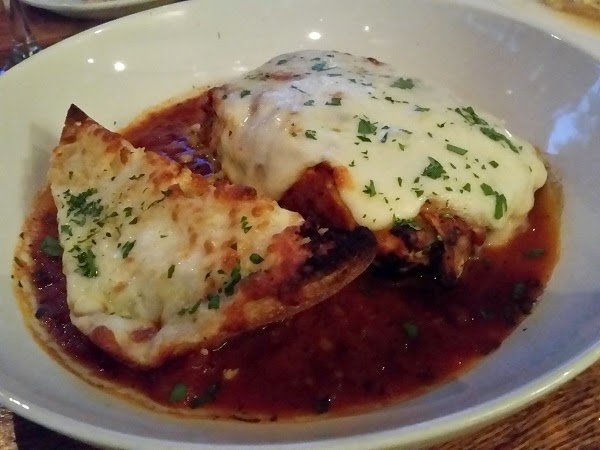 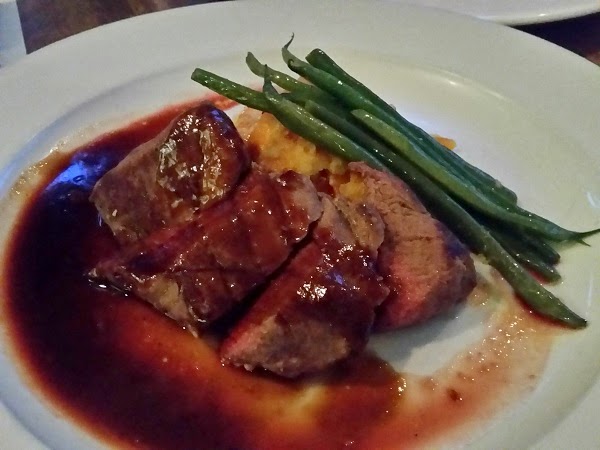 We sampled four of the entrees, including two seafood dishes. The sea bass comes on a bed of “Forbidden” rice with bok choy, and the cobia comes with roasted corn and a lump crab risotto. Both were pretty good, but I was taken with the terrific eggplant lasagna. I liked that a lot and would order it again.

As with every previous trip I’ve made to Soho, the elk is the standout. It’s fantastic. If you’ve never had elk, it is very tender and so juicy and so full of flavor. Soho serves it as a tenderloin filet, but it got me wondering how it might taste, pulled, after being smoked for about eight hours over hickory… it’s probably prohibitively expensive for us right now!

Their main menu is as reliable as ever, but they also have some interesting specials available. Starting two Sundays ago, and throughout the spring and summer, each Sunday from 5:30 to 9:30 pm they host an “All-American Lobster Boil.” For $29, each guest receives Maine lobster (1.5 lbs.), Andouille sausage, corn on the cob, red bliss potatoes and a Cobb salad. Reservations are recommended. Lobsters are limited, so those reservations placed by Friday by 5:00 pm for Sunday dinner will be assured their lobster.

Also, as always, every Wednesday is “Flight Night,”and three wines are showcased and paired with tapas crafted by Scott Warren. While wine flights premier on Wednesdays, they are available through the following Tuesday, which means guests have all week to catch up on the featured wines and tapas.

Other blog posts about Soho: