A few weeks ago, Marie and I were invited to visit Saltwood, a new restaurant in the Loews Atlanta hotel in midtown. It opened in early April, replacing a popular lunch place called Eleven, and it’s led by Executive Chef Olivier Gaupin and Sous Chef Chris Español, who stopped by to say hello and tell us a bit about the menu. The concept here is small plates and charcuterie, with local meats, cheeses, and seasonal vegetables. Marie and I had a pretty good time.

The cheese and meat plates are presented on big blocks of wood, which I thought was quite cute, and amusingly out of place in a chic, modern hotel like the Loews, and it sort of exemplifies how very odd it is that this restaurant is in the hotel in the first place, instead of some ramshackle cottage by a creek. Whatever your opinion of hotel restaurants, there’s a fairly conservative vibe across all of them, and Saltwood’s whimsical and peculiar edge is anything but typical of what travelers have probably come to expect from their lobbies.

Take the printed menu, where the entrees are dropped into two separate boxes in different columns of the menu, and where three starter plates under the frankly bizarre heading of “Blood, Guts & Glory” are listed literally on the opposite side of the page from the rest of the starters. Our server recommended items from each column as appetizers. I was pleased with the food, to be sure, but reading a menu like a Mad magazine “Fold-In” is a little bewildering. 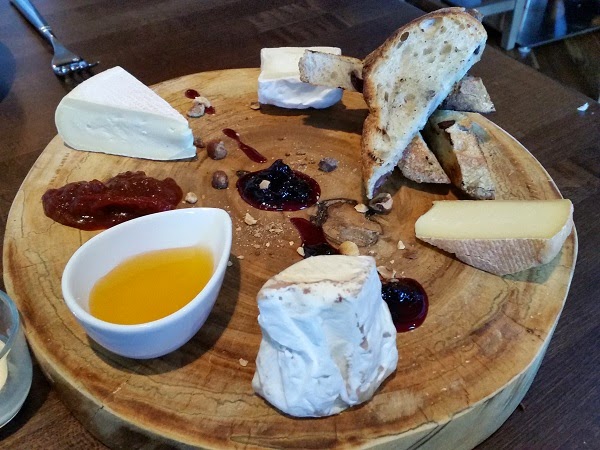 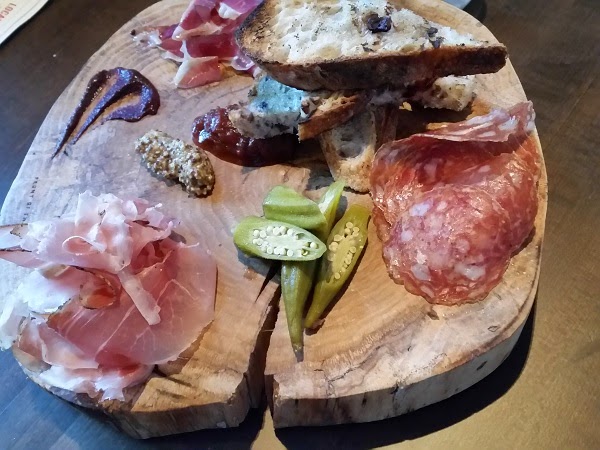 We started with a bowl of chilled cucumber soup and an order of Spanish (Finesterre) octopus. It’s a very nice mix of flavors in a dish that incorporates pickled beets and crumbled chorizo. The whole evening, however, was marked by Marie ordering selections that she really enjoyed a lot, and not really liking the things that I brought to the table. I was pleased with everything, with a couple of standouts, but honesty compels me to point out that that it wasn’t a complete win in her column.

For example, on our cheese plate, Marie selected Green Hill, from Sweet Grass Dairy in Thomasville GA, and Nickajack, from Sequatchie Cove in Tennessee. She loved them both, and especially liked the way that the semi-soft Nickajack went with a smear of blueberry jam. I selected both of the goat’s milk cheeses from CalyRoad Creamery in Sandy Springs GA: Big Bloomy and a fantastic little treat they call Diablo, which is dusted with smoky paprika and chipotle spices. I completely loved the Diablo and enjoyed the Big Bloomy, but Marie did not care for either of them at all. More for me, then.

The meat tray – or I guess meat wood block – was a little more successful. Marie loves salami, and was completely taken with the hunter’s salami from The Spotted Trotter. I also liked it a lot, along with some duck – that’s it hiding behind the bread in the not-entirely-well-composed photo above – and sliced pork. Along with some not-at-all-bad pickled okra and some splendid, take-no-prisoners house-made mustard, this was really good. 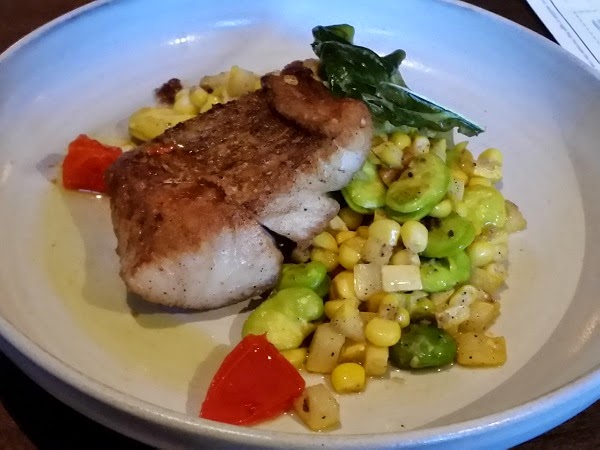 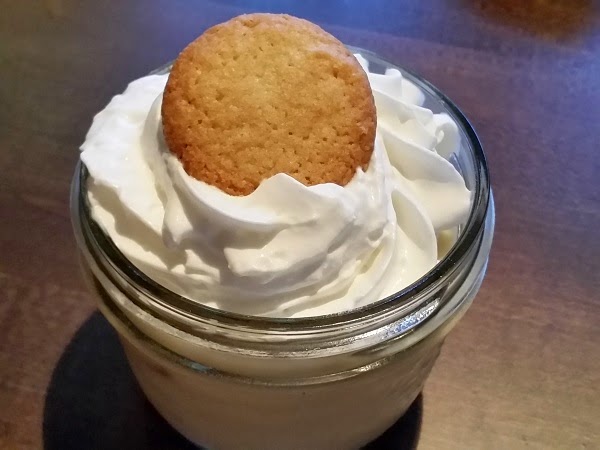 Our server suggested that we try at least one entree as well, so we agreed to share the red snapper. A succotash of fava beans, corn, and squash goes tremendously well with the fish, and is a good example of when to trust a very good chef to come up with an accompaniment that’s better than what a dimwit like me would have asked for, left to my own devices.

We also enjoyed a nice little side that we overlooked entirely until after we’d ordered everything else: pimento cheese with crackers. They sent a great deal more to the table than we wanted to eat; offering this in two sizes would be a good idea, as we detest wasting food. As for why we overlooked the pimento cheese, and two other “bites” on the printed menu, until after we’d ordered an entree, I suppose it’s because these appear in red text rather than black, in perhaps the seventh different font on the thing, underneath some clip art of a pig. There’s only so much that you can absorb before what should be a menu begins looking like a mindbender challenge from the old Games magazine, and the portion size of this “bite” was akin to a starter to be shared, not a side. I’m all for whimsy, but this menu needs a rethink.

The desserts – mercifully on a separate menu – all sounded wonderful. Marie had a little jar of banana pudding and I had a slice of shoofly pie which was quite good on its own, but topped with a scoop of orange sorbet was excellent. The blending of the orange and the goopy molasses flavors was really nice! 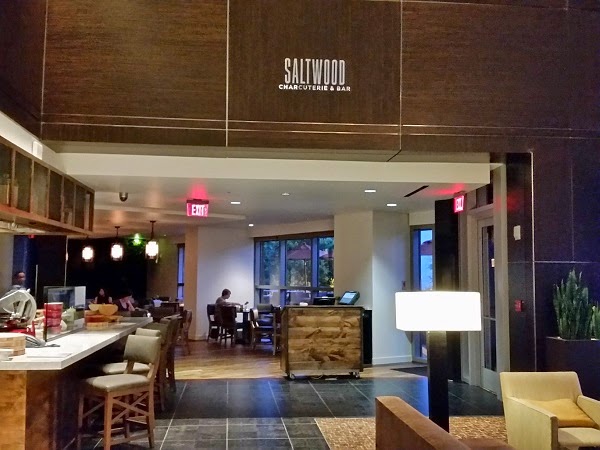 It’s a nice place for a date night, but a note of caution about parking: if you’re interested in visiting Saltwood, use the Loews valet service – you’ll get a pink card – and ask the staff to validate your parking. The parking deck right behind the hotel’s turnaround on 11th Street has signage noting that you get two hours’ validation from the nearby Cafe Intermezzo and STK, but that gives you a white card which Saltwood can’t validate.

One thought on “Saltwood, Atlanta GA”